Trust the Scandinavians to put some plans into action. 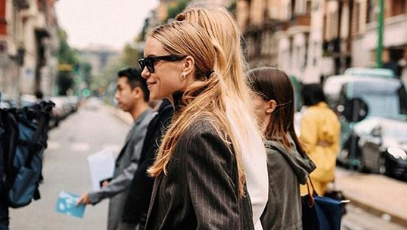 Copenhagen Fashion Week is leading the charge in fashion sustainability.

The event held annually in the Danish capital is undertaking an ambitious three-year action plan to ensure that planet-conscious measures are being taken anywhere possible.

Brands have until 2023 to meet the 17 sustainability standards, which include bringing in zero-waste set designs for their shows, pledging not to destroy unsold clothes and using at least 50% organic or recycled textiles in their collections.

All single-use plastic bottles are also banned, something that "marks our commitment to reducing the quantity of plastic being consumed during the event, as well as our wish to inspire positive change," states Cecilie Thorsmark, CEO of Copenhagen Fashion Week.

Next up is plastic coat hangers which will be banned by 2021 – and “digital solutions” are being looked at as a way to reach a global audience without requiring all participants to board planes to attend.

The ultimate goal, according to Thorsmark, is to be zero waste by 2023.

Brands such as Baum und Pferdgarten and Ganni have already prioritised sustainability in their collections, with the former aligning themselves with the UN Sustainable Development Goals and the latter ensuring that 70 per cent of its collection will be made from certified responsible and/or recycled materials, once order volumes are taken into account.

The move follows a year in which sustainability became common parlance in fashion speak. Just last year, London Fashion Week was punctuated by Extinction Rebellion protests and activism, including a “die-in”, which saw some 200 people gather around two black coffins. “RIP LFW 1983-2019” read one, while the other simply said “Our Future”.

The Copenhagen Fashion Week team are hoping that this forward-thinking approach will encourage others to do the same.

“All industry players, including fashion weeks, have to be accountable for their actions and be willing to change the way business is done,” Thorsmark said. “The timeframe for averting the devastating effects of climate change on the planet and people is less than a decade, and we’re already witnessing its catastrophic impacts today. Put simply, there can be no status quo.”

READ MORE: What Exactly Is A Circular Economy?