9 Good News Stories About COVID-19, To Calm Your Weary Mind

The 1918 Spanish flu caused about 40 million deaths within a year. While the world is now facing another pandemic, the global scientific community says it is optimistic.
Irish Tatler Staff 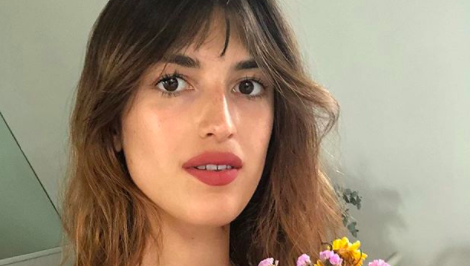 As Coronavirus-based panic hits unprecedented heights around the world, epidemiologists believe the world is prepared to fight this pandemic.

Just as authorities in Wuhan have announced that novel infections are slowing down and schools are reopening, the rest of the world's medics have revealed that they are positive and optimistic for Coronavirus' outcome.

This is due to:

1. Scientists knowing its identity.
The first cases of severe pneumonia were reported in China on December 31, 2019, and by January 7, the virus had been identified.

Genetic tests confirmed it had a recent natural origin (between late November and early December). Although the viruses live by mutating, their mutation frequency is not very high.

To put this into context, it took scientists almost two years to identify the virus that caused AIDS.

2. They also know how to detect it
An RT-PCR assay (a laboratory technique combining reverse transcription of RNA into DNA) to detect the virus has been available worldwide since January 13.

In recent months, the type of test for COVID-19 has been refined, and its sensitivity and specificity evaluated.

3. The situation in China has far improved

Travel bans have been loosened in the city of Wuhan, the once epicentre for the virus. The city of 11 million people, suffered more fatalities than any other city in China as residents struggled to get help from its overwhelmed medical system.

As of April 17, China appears to have almost wholly overcome the worst of the virus, reporting only 26 new cases, the lowest in two weeks.

In addition, several leading Chinese companies are reporting that they're getting back to normal operations.

E-commerce giant Alibaba is reportedly back to full staffing for its package and food delivery units according to Fool.com, while CNBC is reporting that tech giant Apple has reopened all of its 42 Apple stores in China, up from 29 on February 24 and zero on February 9, when Apple shut down all of its stores as a precaution.

In addition, Apple said its production facilities in China are back to over 50 per cent capacity and should be at full capacity by the end of the month.

Outside Hubei, about 60 per cent of small to medium-sized firms and 95 per cent of large ones have gone back to work, industry vice-minister Xin Guobin said on Friday.

As China gets domestic economic activity back to normal it will also coordinate with other countries to push forward on resuming business as the pandemic stokes concern about China's prospects, Xin said.

4. Over 80% of cases are mild
The disease causes no or only mild symptoms in 81 per cent of cases.

According to the World Health Organisation (WHO), case studies conducted so far from patients with mild cases of COVID-19 show most come down with a fever and dry cough. They may also experience fatigue and muscle aches. (A small percentage have abdominal pain and diarrhoea a day before the fever begins.)

Mild symptoms can turn into more severe symptoms, however, meaning that washing your hands and staying indoors is entirely necessary.

5. People can be easily cured
The data shown in the media is the increase in the number of confirmed cases and the number of deaths, but most infected people are cured.

There are 13 times more patients cured than deaths, and the proportion is increasing.

6. COVID-19 rarely affects children
So far, according to the records of doctors and hospitals around the world 3% of cases occur in children and mortality in people under 40 is only 0.2%.

In minors, the symptoms are so mild that they can go unnoticed, which is why they can spread the virus to others very easily.

7. Prototype vaccines are being made

8. Hundreds of scientific articles about COVID-19 are already available

In just over a month, you can consult hundreds of articles in the WHO on COVID19 or SARSCov2, in addition to many others available in the repositories of articles not yet peer-reviewed (pre-prints).

All these articles are preliminary works on vaccines, treatments, epidemiology, genetics and phylogeny, diagnosis, and clinical aspects.

The articles have been written by nearly 700 authors from all over the world. It is common, shared, and open science.

In 2003, when SARS occurred, it took more than a year to obtain less than half the number of articles.

We are well on our way to beating this, but fake news and misinformation aren't helping.

Washing your hands, staying indoors and staying positive will.

READ MORE: How To Combat Daily News-Related Anxieties, According To Psychologists