The COVID-19 Good News – About Ireland – You Should Hear

Ireland is dealing impressively well with the global pandemic that has seen us all remain indoors for the past month.
Irish Tatler Staff 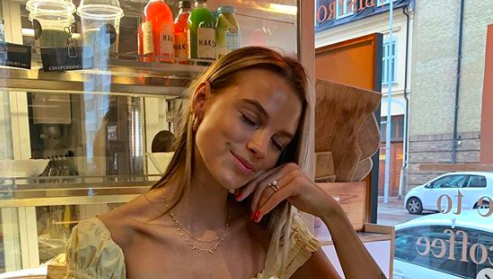 Due to our national commitment to social distancing, Ireland's rate of coronavirus cases is far more manageable than expected, thus 'flattening the curve'.

Just last month, it was predicted that Ireland would have some 15,000 COVID-19 cases by the end of March.

This, according to the Mirror, was factoring in a 30% increase in confirmed cases each day starting from March 18, with the potential for over 100,000 cases by April 10, if people did not adhere to social distancing protocol.

However, the average daily growth has been more in the region of 24%, which has already seen a considerable change in graph predictions.

However, experts continue to insist that we cannot make any concrete long term projections yet about Ireland's eventual path.

Chief Medical Officer Dr Tony Holohan said at a press briefing on Tuesday night: “It’s a little early to start to project and make any significant statements about the trajectory or the number of deaths.

“Each one of them obviously is a tragedy for families and friends concerned which is why we continue to express our condolences to them.

“It’s a significant reduction from the early stages of this epidemic in this country when the growth rate was 33%, so that’s a significant impact of the measures and is moving us on the flattening of the curve scenario that we have been describing since the beginning.

“We believe we are flattening the curve, but 15% growth is too much, we need to continue to work to try and flatten that growth further.”

Meanwhile, an Irish-developed kit has been found to test for COVID-19 in just fifteen minutes.

As per the Irish Independent, the tests – which are currently in a pilot phase – were developed with the same technology contained in pregnancy tests.

Created by two UCD graduates, the kit uses lateral flow technology to detect the virus by using one drop of blood.

According to the co-founder and CTO of the company Seán Mac Fhearraigh "ultimately, we would have a clinical weapon to combat the spread of the virus".

Further afield, a newborn baby who tested positive for COVID-19 at North Middlesex hospital, UK has now been confirmed to be "out of danger".

The mother tested positive at North Middlesex hospital, in Enfield, with results coming through after the birth. The baby was tested for COVID-19 minutes after being born. As reported by multiple papers, the world's youngest coronavirus patient is now doing well.

Matching this, 103-year-old grandmother Zhang Guangfen was also cured of the virus within a week. According to the Independent, Zhang received treatment for just six days at a hospital in Wuhan – the Chinese city at the centre of the outbreak.

The centenarian’s quick recovery was down to her having no underlying health conditions apart from mild chronic bronchitis, Doctor Zeng Yulan told reporters.

On the back of these cases and more, researchers in Rotterdam and Utrecht University have revealed that they have found an antibody that can successfully cure a patient of the disease.

This, they claim, could lead to a vaccine and also allow people to test themselves at home, freeing up valuable time for struggling health services across the world.

Medics in India have also been experimenting with vaccines, as per Business Insider.

Doctors at the Sawai Man Singh Hospital in Jaipar, India, have been trialling a mix of HIV, swine flu and Malaria medication to cure COVID-19 patients.

Reportedly, the use of malaria medication has successfully treated a number of patients.

This drug is chloroquine, a widely prescribed anti-malaria pill that was first approved in the US in 1949. Early laboratory research and anecdotal reports about using it for people with COVID-19 have shown encouraging signs that it may work to fight the virus.

"If clinical data confirm the biological results, the novel coronavirus-associated disease will have become one of the simplest and cheapest to treat and prevent among infectious respiratory diseases," a group of French researchers wrote in a paper published on February 15 in the International Journal of Antimicrobial Agents.

Medical authorities in China have also announced that a drug used in Japan to treat new strains of influenza appeared to be effective in coronavirus patients, according to the Guardian.

Zhang Xinmin, an official at China’s science and technology ministry, said that the drug favipiravir had produced encouraging outcomes in clinical trials in Wuhan and Shenzhen involving 340 patients.

In 2016, the Japanese government-supplied favipiravir as emergency aid to counter the Ebola virus outbreak in Guinea. It would need government approval for full-scale use on COVID-19 patients as it was originally intended to treat flu.

“It has a high degree of safety and is clearly effective in treatment,” Zhang told reporters on Tuesday.

While repurposed antiviral drugs aren't likely to be cure-alls, they are the only near-term treatment options.

It will take months, if not years, to determine whether a new drug or vaccine is safe and effective.

READ MORE: How To Combat Daily News-Related Anxieties, According To Psychologists

READ MORE: Finally, Some Good News About Coronavirus – To Ease Your Weary Mind