As COVID-19 spreads, how can influencers stay relevant when the pillars of their industry are upside down? How can they bounce back if they make the wrong move? And ultimately, will anyone care if they don’t? 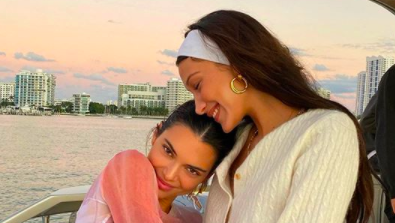 2020 has not been a kind year for influencers.

Earlier this year, Instagram announced that it was testing hiding likes on photos across their platform. Relative outrage ensued, with one Russian influencer going as far as suing the photo-sharing network over claims that the move "will be the end of blogging as a source of income".

“We want your followers to focus on what you share, not how many likes your posts get,” Instagram said in an in-app message explaining the change, reports Tech Crunch.

“During this test, only the person who shared a post will see the total number of likes it gets.”

But, a new study suggests the downfall of influencers might already be happening. According to new research, engagement with influencer posts on Instagram is near an all-time low.

According to Mobile Marketer, the analytics firm InfluencerDB recently found that the rate for non-sponsored posts fell to just under 2% during the first quarter of 2019 from 4.5% three years earlier, while sponsored posts are now at just over 2% from 4%.

The study also found that the engagement rate for influencers across every industry category including beauty, fashion, food, and lifestyle have declined in the past year.

InfluencerDB believes the decrease is due to the fact that people are being bombarded by sponsored posts, and understandably scrolling right past them.

The new research falls in line with The Streetwear Impact report published by Hypebeast earlier this year that found that influencers were losing their effectiveness.

Interestingly, this new study found that influencers with 1000 to 5000 – known in the industry as 'micro-influencers' – actually had the highest rate of engagement, compared to those with over 5,000.

Curious about the coronavirus' impact on content creators as well as genuine A-listers, UK digital agency Attain released a report revealing that Instagram Influencers are losing on average 33% of their potential earnings as a result of COVID-19.

And despite stating that those with smaller accounts may be more at risk, Attain followed up with a case study on Kendall Jenner's account, noticing that since lockdown began, she has posted no ads at all in comparison with between six and eight in years prior.

In recent years, influencers have emerged as a class of their own.

Their day-to-day career – creating content in hopes of gaining digital popularity – is to build feeds depicting carefully curated lives. Their salary is made up of sponsored product deals and brand collaborations with perks ranging from free trips to designer clothes to access to VIP events.

All of this, in turn, is fodder for social media posts by way of tweets, Instagram posts and stories, TikTok, YouTube videos and whatever else has gripped the zeitgeist at the time.

There has been backlash, of course, against the too-perfect images influencers are accused of creating, but they’ve always bounced back by way of the introduction of more 'authentic' posts which may or may not have been wholly manmade and void of candour.

Yet, the fact remains that they have to connect with their followers by portraying the aspirational lives they are wont to lead. With COVID-19 dominating public life, that’s become harder to do.

Following the coronavirus outbreak, we've witnessed firsthand how brands and organisations have had to scramble to rethink (or even cancel) present and future campaigns, sometimes twisting the narrative entirely so that they now fit into the world we live in now.

This is particularly true for Chinese influencers, whose country was the first nation to experience the disruption caused by COVID-19, and where brands, particularly within the luxury sector, are facing new challenges daily.

According to Influencer Intelligence, the virus has caused a significant knock-on effect slowing down the supply chain from China to other countries, a fact which has been exacerbated in part by Italy’s recent lockdown.

From fashion to travel and the automotive industry, recent restrictions have proven highly problematic for a variety of businesses whose sales have declined or manufacturing lines have been stalled for the foreseeable future.

Influencer campaigns have also inevitably been pulled due to current circumstances.

Whether concerning an influencer campaign hinged on a cancelled event such as Coachella, or as a result of brands erring on the side of caution due to consumer sensitivity and a decrease intolerance of being sold to, there is already impact evident on current work.

Recent influencers that have come under scrutiny include Gwyneth Paltrow who received significant social media backlash last weekend after creating a tone-deaf post featuring the actress and Goop Founder in a pair of Alexandre Birman’s $425 Clarita sneakers, as a warm-up for a wider campaign between the publication and brand.

So where does that leave influencer marketing – should they plough on with a more tailored and opportunistic slant or bow out completely, taking note that this is far bigger than them?

Both approaches have been taken, albeit with varying levels of success, although showcasing with it that adaptive marketing can actually be done well.

A great example of this can be seen with luxury footwear designer Sophia Webster, who is currently running a competition on social media where the brand is donating 200 pairs of shoes to nominated NHS workers for a pick-me-up.

A donation driven by humanity via a display of compassion for frontline staff will inevitably have a long-term impact on positive brand perception far greater than everyday activations.

Celebrities are getting in on the content bandwagon too, especially following Surgeon General Jerome Adams plea last week which called upon high-profile influencers and celebrities to do their bit in the fight against COVID-19.

Speaking on ABC’s Good Morning America, the high-ranking doctor asserted: “What I really think we need to do [is] get our influencers…We need to get Kylie Jenner and social media influencers out there, in helping folks understand that look, this is serious, this is absolutely serious.”

Ketchup may be a great hand moisturizer BUT NOT sanitizer! Happy Hannah-Versary! #14YearsOfHannahMontana ❤️

This has also been done by way of internet-savvy brands such as Glossier and Condé Nast who have upped their game digitally – Zoom customer care and free online subscriptions, respectively – meaning that their customers can benefit in a way remains compliant.

While implementing a more digital-facing strategy can't hurt, Influencer Marketing's recent report believes that the only possible way for influencers to encourage growth in this time is to "engage in meaningful influencer partnerships with sensitive and sensible individuals that provide a service, they can emerge from the coronavirus stronger and ready for the recovery period."

What will happen in the long-term in this field is largely unknown but smart brand managers will use this time to future-proof their internal strategies and build better long-term partnerships that will extend effectiveness far beyond what the world is currently experiencing.

What remains to be seen, however, is how each brand can differentiate itself from the other if a compassion-led approach is a common goal. There’s certainly a limit to how many quasi-optimistic, nostalgic posts one can take.

While it's unclear just yet whether the demise of influencers is imminent, it seems that only the forward-thinking will survive.

And they will do that by way of the new physicality of being online, and compassionately so at that, or they won't do it at all.