The Cyprus Rape Case – Here's Everything You Need To Know

A 19-year-old British woman at the centre of a high-profile rape case has received a four-month suspended sentence on a charge of public mischief in Cyprus. 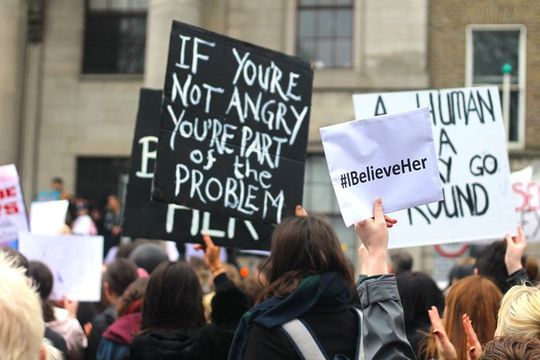 The student, who shall remain unnamed for legal reasons, reported being raped by up to 12 Israeli men at the resort town of Ayia Napa.

Ten days later, following an eight-hour interrogation, she retracted her statement – which resulted in her being charged with a four-month prison term, suspended for three years, as well as a fee of €148.

According to her testimony, she decided to have consensual sex with one of the group, but as she did so, the other men entered the room, held her down and gang-raped her.

A forensic pathologist who testified at the trial said the woman’s injuries were consistent with being raped.

The judge, Michalis Papathanasiouat Famagusta District Court in Paralimni, eastern Cyprus, said he would give her a “second chance” and she could effectively walk free.

According to the Guardian, she has since vowed to go all the way to the European Court of Human Rights to clear her name, after it was revealed that she committed the crime under duress and without legal representation present.

Spotted at Larnaca airport before her flight, the woman's mother told supporters: “We are delighted to be going home, where we will continue the fight to clear my daughter’s name. The fight is not over to get justice.”

The case has, understandably, sparked public outcry in Cyprus, the UK and Israel.

Protestors have arrived outside a court in Cyprus ahead of the sentencing of a British teenager convicted over a false rape claim. They say she’s telling the truth. pic.twitter.com/pkCWjUXffS

Demonstrations took place in solidarity with the woman on the eve of the sentencing in London and Tel Aviv.

Carrying signs reading “We Believe You,” protesters chanted “Jail the rapists, not the victims” outside the courthouse as the sentencing was carried out.

A number of publications have also been criticised in the handling of the story, with many claiming that headlines were skewed to favour the accused.

The hashtag #ibelieveher quickly started to trend on Twitter. There were also calls to boycott the country.

The woman’s lawyer, Lewis Power QC, told news outlets that despite his client's return to the UK on Tuesday, the case is “not finished by any means”.

“We will be seeking an expedited appeal to the Supreme Court of Cyprus and we will also be considering going to the European Court of Human Rights,” he told the BBC.

“We do not feel we have had justice in terms of how the trial progressed, the manner in which it was conducted, the initial police investigation and the fact that we feel she did not receive a fair trial.”

The accused men originally accused of gang rape deny all allegations. They were filmed celebrating at a nearby airport when they were released.

In contrast, the woman spent four weeks in prison on the island of Cyprus and has been unable to leave there until the sentencing today ruled she would be allowed to return home this week.

READ MORE: Boris Johnson's Brexit Bill – An Explainer For Those Too Afraid To Ask

READ MORE: The Trial Of Harvey Weinstein Has Begun In New York – Here's Everything You Need To Know