An Explicit-Photo Filter For Your DMs Is Here – But Why Hasn't This Existed Before?

It took (you guessed it) one unsolicited dick pic in her Twitter account’s DMs, for web developer Kelsey Bressler to co-create an AI filter she claims is capable of preventing over 95% of sexually explicit images from reaching her inbox. 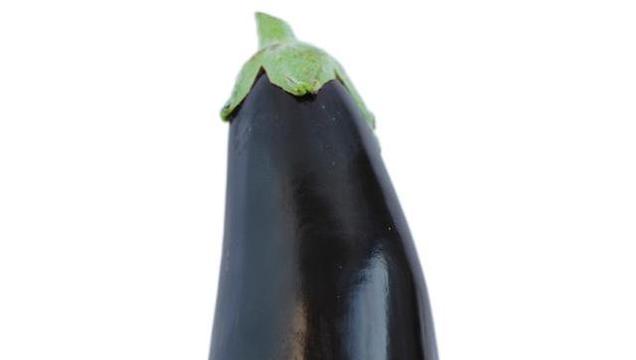 The new software – aptly entitled Safe Filter – is in the midst of being coded, with the aim of deleting and/or blocking profiles who send images of flesh-coloured appendages before the recipient bears witness.

This is not a joke.

I am testing a filter that is under development which will automatically detect dick pics in DMs and handle them on behalf of the user (delete, delete&block).

What's most surprising about the whole endeavour – besides the fact that an obviously intelligent woman has opened up her inbox to the perverted masses – is that technology of this ilk doesn't exist already.

Bressler, like many women, is disappointingly privy to this type of online harassment.

According to research from Pew, young women are twice as likely to experience sexual harassment online; 53 per cent of women 18 to 29 years old said they’d received an explicit image they did not ask for.

And, as the scourge of men sending crudely intimate – albeit unsolicited – photos of their genitals via AirDrop to unsuspecting members of the public popularises, large US states such as Texas and New York City are working to criminalize the act now known as “cyberflashing.”

Social media sites, as we know them, are in theory perpetually looking to create a better user experience for their some billion users.

Facebook users will know that pornographic imagery, photos of exposed breasts, an exposed buttocks or nudity of any kind is not permitted, according to the brand's policy.

This, interestingly, according to the powers-that-be, discludes women actively engaged in breastfeeding or breasts with post-mastectomy scarring, in an attempt to silence #FreeTheNipple activists.

Twitter, on the other hand, boasts a pretty thorough "sensitive images" filter, which halts any explicit imagery from automatically appearing in one's feed.

But, Bressler says that in her experience, they don’t work. “I don’t think it’s working as intended, or maybe it’s not meant to block out pictures of penises,” she says.

At any rate, it isn’t consistent.

In 2017, another Twitter user ran into a similar problem when her harasser created three accounts, all with the same display name and avatar, and messaged the same dick picture from each account.

When she reported each account, Twitter gave her three different responses: one told her to report the dick pic directly, another locked the reported account, and a third found “no violation of Twitter’s Rules regarding abusive behaviour.”

Part of the reason why platforms are reticent to crack down on the nonconsensual sharing of nudes is because, unlike flashing someone in a billowing trenchcoat, the digital practice is not yet widely illegal, nor are companies required to protect their users.

Cyberflashing has been illegal in Scotland since 2010, and Singapore criminalised the practice this May.

In the state of South Carolina, anonymously sending an “obscene, profane, indecent, vulgar, suggestive, or immoral” file without the recipient’s consent can be punished by up to three years of imprisonment.

As of 1 September, Texas also has an anti-lewd imagery law, stewarded by the Texas Republican representative Morgan Meyer and “feminist dating app” Bumble, which is headquartered in Austin.

Critics have made their attempts to poke holes in the law by denouncing its enforcement difficulty due to nonspecific terminology.

They have also defended the sending of explicit images as freedom of speech.

As the first amendment is closely protected by US courts, lewd imagery laws could be hindered by “intent to harm” clauses – meaning perpetrators could claim innocence by arguing they did not mean to harass the recipient of their explicit imagery, and rather thought a dick pic would brighten their day.

In the long term, Bressler hopes that the product of her coding can be made more widely available, whether that’s through sharing the filter with others or working with tech companies to implement filters directly on their platforms.

“Our intent was to make something to prove it can be made,” says Bressler.

“If it takes two random people coming in and making a solution, then we should ask, why aren’t companies taking this more seriously?”

For now, the plugin only works with Twitter direct messages, but Bressler is keen to adapt the plugin for other social media platforms. She also pointed out that Safe DM only looks for unsolicited nude images and does not read the content of a message, ensuring users’ privacy.

READ MORE: All The Looks Worth Seeing From The 2020 Brit Awards Red Carpet