OPINION: Direct Provision Is The Magdalene Laundries Of Our Time

One-third of all asylum seekers – amounting to roughly 2,000 – living in Direct Provision in Ireland are children. 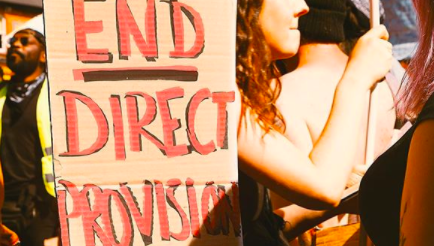 4,000 claims for international protection were made in Ireland in 2019.

According to Department of Justice figures, unsuccessful applications far outweigh successful ones. Between 2008 and October 2019, 5,870 people were granted protection status and 27,269 weren't.

Direct Provision (DP) is in the news again as asylum seeker, former Clare Woman of the Year and Movement of Asylum Seekers in Ireland (MASI) founder Donnah Vuma graced the Tommy Tiernan show to discuss the realities of living a limited life.

The mother of three, originally from Zimbabwe, has lived in Knockalisheen with her young family for five years, while she waits for her application to be processed.

She spoke to Tiernan about how her experience has kickstarted an interest in both politics and policy-advising and how she, and many like her, wish to contribute to society and do not want to be seen as helpless.

"I came here for the opportunity to live"

"I came here for the opportunity to live" Donnah Vuma speaks about people in direct provision wanting to contribute. #TommyTiernanShow

For those either unsure or remaining in denial about how the system works, DP was established in November 1999 as a temporary solution to fit the asylum seeker's immediate narrative.

Then minister for justice, John O’Donoghue announced the scheme, detailing the government’s intention to introduce a system of “direct provision” for asylum-seeker accommodation.

Initially described as an “interim” system, Direct Provision – which became a formal policy in March 2000 – would provide accommodation for a six month period while people awaited an outcome on their application.

In the two decades since then, 64,594 people have passed through the system, with 600 people having been in DP for more than eight years and an average length of stay spanning 38 months.

Of these, 778 have received refugee status or “leave to remain” but are struggling to find somewhere to live in the midst of a housing crisis. An additional 1,531 people, including 290 children, are in 36 emergency-accommodation centres that have opened in the past year.

Between 1,200 and 2,000 applicants who do not need State support or accommodation are living outside direct provision.

In all, about 8,700 people are awaiting a decision on an asylum claim.

While the thought process behind the rhetoric is one of kindness and protection, the system has proven time and again that it is neither helpful nor fit for purpose to those who are looking to start a new life.

The world, at present, is currently experiencing the largest migrant crisis since World War II.

Its main objective was to house asylum seekers entering the Irish State in search of international protection. It would also allow for the provision of basic food needs for asylum seekers directly while their claims for refugee status are being processed rather than through full cash payments.

In logistical terms, those living in Direct Provision in Ireland are generally living in now-defunct regional hotels, often whole families to a room, where they are receiving some €20 a week to live.

These rooms are often without cooking or washing facilities, resulting in extreme difficulty – and avoidable health risks – when it comes to remaining within a budget.

The Faculty of Paediatrics at the Royal College of Physicians of Ireland, the national training and professional body for Paediatrics in Ireland, recently penned a report on their immediate concerns regarding child welfare in DP centres.

In it, they called for the system in its entirety to be abolished and instead for children and their families to be placed in community-based, family-friendly, secure accommodation, citing a myriad of health risks to both adults and children which directly relate to cramped social housing. 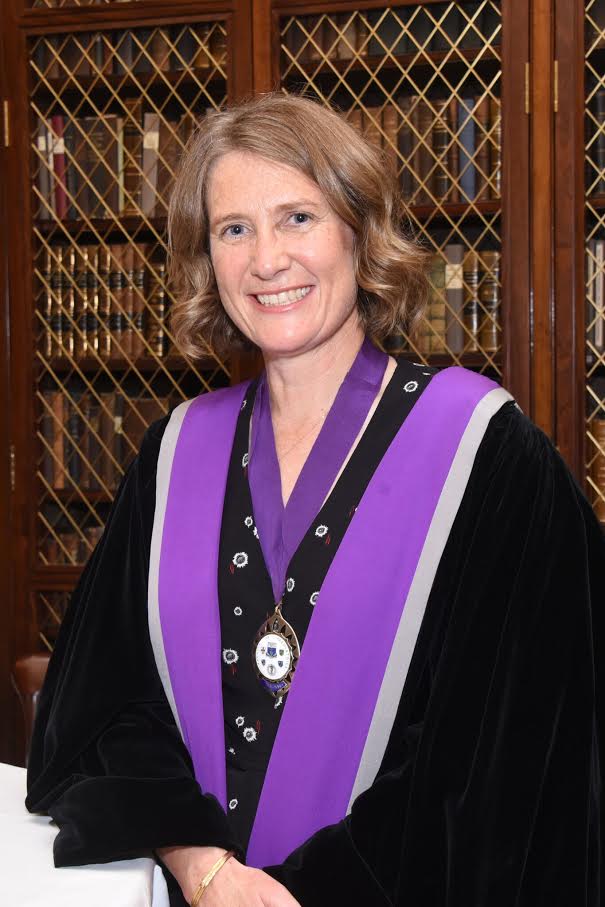 "International studies have shown that migrants suffer 10 times the rate of post-traumatic stress disorder (PTSD) and 2.9 times rate of psychosis than the general population," the report reads.

"While only 6% of international protection applicants had a psychiatric history prior to migration, 36% were found to be depressed, and 52% had presented with psychosis.

"This is on par with international studies which estimate a torture prevalence of 30-84% among asylum seekers. Despite this, SPIRASI (Spiritan Asylum Services Initiative), Ireland’s national treatment centre for survivors of torture, reports that only 6% of all asylum seekers are referred for treatment."

Dr Ellen Cushell, Dean of the Faculty of Paediatrics at the Royal College of Physicians of Ireland contributed hugely to the research.

"The problem is that there will likely always be a similar process while immigrants are awaiting screening and citizenship – but a number of the centres aren't at all fit for purpose, especially for families with small children," she tells Irish Tatler.

"Children living in Direct Provision pose a high risk of being reported to TUSLA, a number of whom fall victim to easily avoidable accidents such as scalds from kettles in bedrooms."

According to Dr Cushell, the quality between different centres is hugely variable, something which has encouraged them to speak up, given that they feel something can logistically be done.

"Our desire would be for the whole process to be sped up. We've heard from mothers whose children have never seen them cook because of no cooking facilities available. How are they supposed to provide for their children later on in life?

"There's a will to provide family units in residences that resemble apartments rather than dorms and there is a trend towards things going better. Some progress has been made with regards to self-catering facilities in some centres but ultimately, for families and children at least, the DP system needs to be abolished or massively improved with much shorter decision times."

“The system of Direct Provision is detrimental to the welfare and development of children. Increasing the allowance paid to parents, sprucing up play spaces or an intention to decrease the time spent in these institutions cannot protect children from the harm that comes from living in such unsuitable environments.

"Having a situation where children and young people are living in close proximity to unknown adults does not appear to concern Irish state authorities.”

Very significant recommendation from the Justice Committee on extending the remit of @HIQA to inspect DP. Direct Provision should be 'replaced' or 'fundamentally reformed', Justice Committee concludes (via @thejournal_ie) https://t.co/aw7jN5LEk8

They aren't the first to criticise the system on such grounds.

In his 2018 annual report, the former special rapporteur on child protection Dr Geoffrey Shannon repeated an earlier call for Ireland to “abolish” direct provision, which he says was “detrimental to children’s well-being and development”.

He also noted accounts of harassment and sexual violence against women.

“Witnessing domestic violence and living in such an environment can scar children emotionally, impact on their development and result in anxiety and aggression.”

In 2019, Tanya Ward of the Children’s Rights Alliance said human-rights abuses in the asylum system are “probably some of the worst I’ve ever witnessed in this country” while warning that staff in direct-provision centres risked becoming institutionalised themselves.

The 2015 McMahon report – an established group whose sole aim was to work on the Direct Provision protection process – published 173 recommendations for improvement of the DP system.

The final implementation report published by the Department of Justice in 2017 claimed that 98% of these recommendations were implemented. This was quickly refuted by The Irish Immigrant Support Centre, who stated that only half (51%) of recommendations had been put in place.

The Government has since been criticised for relying on the generosity of local people and charities to ensure people in emergency beds receive basic supports such as laundry services, baby formula and medical supplies.

"The method in which people are screened and fast-tracked through the system can be a little ad hoc, where the ideal doesn't always happen," Dr Cushell said.

"A medical screening occurs sometimes, not always, and we became aware that psychological issues are almost never addressed. Our report reveals that while the vast majority of those in need of emergency accommodation is in desperate need of psychological support – some of whom have been subject to torture – a mere six per cent receive it."

It had been an emotionally taxing day! We (MASI) spent the morning presenting at the Oireachtas to the Justice and equality joint committee whom are currently examining Direct provision and the international protection application process in Ireland. We continue to strongly assert that seeking asylum is not a crime but a fundamental human right that should be safeguarded by all nations. We call for an end to the abhorrent system of direct provision. If you didnt catch the live stream you can find it on their website. Here is a link summarising what went on today. https://www.broadsheet.ie/2019/05/29/speaking-directly/ #endDirectProvision #humanrights #dignity #respect #oneracehumanrace #yes_itispolitical

As a result, 14% of children living in DP are referred to TUSLA, 36% were found to be depressed, and 52% had presented with psychosis.

Upon entering the system, a person is issued with a temporary residence certificate while their case is examined. Applicants must then fill out a 68-page form and sit through an interview detailing the worst of their life experiences.

Officials considering their cases will decide, based on the 2015 International Protection Act, whether they qualify as a refugee or for subsidiary protection.

The latter is EU law designed for those who, while not refugees per se, face severe risk if they return home.

According to the Irish Times, 3,762 claims for international protection had been made in Ireland by the end of September 2019, a 42 per cent increase on the same period last year.

In August the Department of Justice published its national standards for direct-provision centres, which will become legally binding in January 2021.

Something the Faculty of Paediatrics welcomes but does not agree it is enough.

"Direct Provision is not an appropriate environment for a child to grow up in and the Faculty of Paediatrics calls for this system to be abolished.

"Our society must ensure that we do not add to the burden of adverse childhood experiences in this vulnerable group to avoid further serious long-term effects on their physical and mental health.

Direct Provision is not an environment that will enable a child to achieve their fullest potential."

You can read the report in total, including their extensive recommendations here.