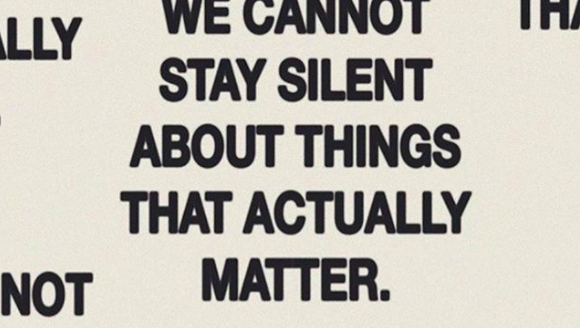 Black people continue to lose their lives at the hands of those sworn to protect.

We cannot say this does not involve us anymore.

Irish Tatler stands with all of the people outraged by the deaths of George Floyd, Breonna Taylor, Tony McDade, Ahmaud Arbery and countless others who have been slain as a result of racial profiling.

Irish Network Against Racism: INAR is a national network of diverse Civil Society Organisations committed to combating racism and all related forms of discrimination in every sphere of life in Ireland. They are dedicated to finding common strategies and policy positions for combating racism, finding ways of complementing each other’s work, and to offering cross-community and cross-sectoral support and solidarity.

George Floyd Memorial Fund: A GoFundMe page has been set up in homage to George Floyd, the 46-year-old man who died after being arrested by police outside a shop in Minneapolis, Minnesota.

Organised by George's brother Philonise Floyd, the pages hopes to raise funds to cover funeral and burial expenses, grief counselling and lodging and travel for all court proceedings.

The page also says a portion of the funds will go toward the estate of George Floyd "for the benefit and care of his children and their educational fund."

I Run With Maud: I Run With Maud aims to pay homage to 25-year-old Ahmaud Arbery, nicknamed Maud, who was shot and killed by two white men while out jogging in Georgia.

Arbery loved running. Now, the hashtag #IRunWithMaud has travelled the world, with runners from London to New York completing the 2.23-mile trip – a tribute to the date of his death, which occurred on 23 February.

Black Visions Collective: BLC is a Black, Trans, and Queer-led organization in affiliation with the Black Lives Matter Global Network and the official chapter in Minnesota. Their work is grounded in long term campaigns linked to systemic change, community engagement and political education, leadership development and cultural organising rooted in transformative justice through a Black queer feminist lens.

The Bail Project: The Bail Project is a national nonprofit organisation that pays bail for people in need, reuniting families and restoring the presumption of innocence. You can follow them here.

READ MORE: The Children's Television Reporter Whose Career Has Been Marred By Racism