Period poverty affects one in four women across both high and low-income countries. 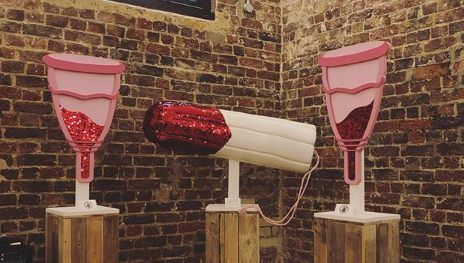 The Dublin City Council (DCC) 2020 budget has approved €100,000 for free sanitary products in buildings across the city.

Following a successful pilot approved by the DCC last year, the Labour Party's Rebecca Moynihan secured the grand sum for period products to be made available for free in Dublin City Council.

“Last year Dublin City Council approved measures I proposed to provide free sanitary products in DCC buildings such as offices, swimming pools and community centres," she said in a statement.

“Following a pilot period where this initiative was trialled and was a success, at the Dublin City Council Budget 2020 meeting, I secured €100,000 to extend free sanitary products to DCC buildings across the city," the councillor continued.

“With over 50% of young women and girls struggling to afford products; homeless women not being able to afford or indeed access sanitary products regularly and women in direct provision having to fight to get adequate products, it is so important that this initiative has received cross-party from councillors on Dublin City Council."

Tough #dubcc budget tonight because of removal of #irishwater rates from Dublin but we managed to get 20% of roads budget allocated for cycling (@pidge) and 100k for #periodpoverty sanitary roll out in Dublin City @labour #dublinagreement pic.twitter.com/052ylX4LQY

The initiative follows progress made by English activists earlier in the year which now sees sanitary products dispensed freely to those who attend schools across the UK, thanks to a cross-government push.

Soon after, the Seanad passed a motion on “period poverty” proposed by the Oireachtas Women’s Caucus.

The motion – which had already been passed by the Dáil on 13 March – calls on the Government to provide free, adequate, safe and suitable sanitary products in all public buildings, and to arrange more comprehensive menstrual education in schools.

It also calls for the Government to prioritise the issue of menstrual equity for gender equality as central to its overseas development programme.

Because of Moynihan's work, Dublin will be the first city in Ireland to introduce free period products in council buildings.

Her hope is that the capital can be used as a template for other regions to follow suit.

“It’s now up to the Government to follow suit and introduce their own deliverable measures on reducing period poverty," she continued.

“If the Government were serious about eradicating period poverty they could take two serious actions in the next budget. Firstly, they could introduce free sanitary products in schools. It is a scandal that young girls are missing school because they cannot afford sanitary products.

"Secondly, the Government should examine the VAT on sanitary products that aren’t pads and tampons. Having a broad choice of products available at a lower price point benefits all women.

“Periods are not a luxury for women and girls. It is a part of everyday life and we need to make life easier for those who may be vulnerable positions.”

READ MORE: The Countries With The Highest Tampon Tax Have Been Revealed