The Welsh singer says she was drugged on her birthday at a restaurant and taken to a foreign country.
Irish Tatler Staff 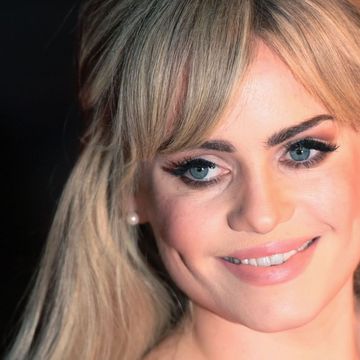 Singer Duffy has revealed the harrowing details of a four-week ordeal in which she was drugged in her own home, raped and taken to a foreign country.

This is the first time she's given details of the ordeal – which she briefly alluded to earlier in the year – eventually leading to her retreating from the spotlight.

Taking to her personal Instagram page, the Welsh-native whose full name is Aimee Anne Duffy, said she was telling her "dark story" to help "others who have suffered the same".

"I can't remember getting on the plane and came round in the back of a travelling vehicle.

"I was put into a hotel room and the perpetrator returned and raped me. I remember the pain and trying to stay conscious in the room after it happened.

"I was stuck with him for another day, he didn't look at me, I was to walk behind him, I was somewhat conscious and withdrawn.

"I could have been disposed of by him."

"Rape is like living murder, you are alive, but dead," she wrote.

"All I can say is it took an extremely long time, sometimes feeling never-ending, to reclaim the shattered pieces of me."

She explained that she flew back to the UK with him but "knew my life was in immediate danger" because he made veiled threats to kill her.

"It didn't feel safe to go to the police," she continued.

"I felt if anything went wrong, I would be dead, and he would have killed me. I could not risk being mishandled or it being all over the news during my danger."

Afterwards, the singer was at high risk of suicide, she revealed.

"I would not see someone, a physical soul, for sometimes weeks and weeks and weeks at a time, remaining alone," she added. "I would take off my pyjamas and throw them in the fire and put on another set. My hair would get so knotted from not brushing it, as I grieved, I cut it all off.

"In hiding, in not talking, I was allowing the rape to become a companion."

Duffy had the UK's best-selling album of 2008 and won three Brit Awards and a Grammy, but virtually vanished after releasing her second album in 2010.

Her lengthy written account, in which she does not name her attacker, comes a month after she posted the first details on Instagram.

She said she considered changing her name and appearance and disappearing altogether to live in another country.

"I thought the public disclosure of my story would utterly destroy my life, emotionally, while hiding my story was destroying my life so much more. I believe that not singing is killing me," she wrote.

"So, I just have to be strong and disclose it and face all my fears head-on. I've come to realise I can't erase myself, I live in my being, so I have to be completely honest and have faith in the outcome."

She concludes: "I can now leave this decade behind. Where the past belongs. Hopefully no more 'what happened to Duffy questions', now you know … and I am free."