The 29-year-old model recounts a 2012 encounter with photographer Jonathan Leder in a The Cut articles entitled "Buying Myself Back”. 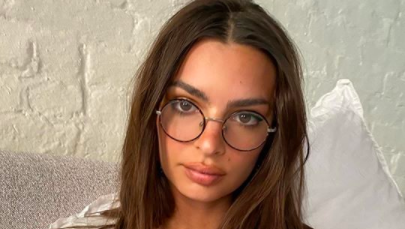 Model and activist Emily Ratajkowski has written about her sexual assault by a photographer in 2012 in a personal essay, published on The Cut.

The essay's theme explored what it means for a model to own their image, in an industry when selling your likeness is commonplace.

For Ratajkowski, the loss of control of her own image dovetails with other issues that have plagued the modelling industry for decades: abuse of power, sexual misconduct, and the personal pain brought on by legal battles pertaining to copyright.

In the essay, the California-native begins by citing a lawsuit a paparazzo brought against her for using a photograph he took of her on her own Instagram Story, an increasingly common legal headache that a number of models today face.

She also references in her piece the Richard Prince “Instagram Paintings” series, in which two images of hers were used by Prince, an artist who has come under fire a number of times for appropriation and pushing the limits of copyright law. She ended up purchasing the canvas with an ex-boyfriend, in efforts to reclaim her own image.

I’ve been working on a collection of essays for the past year and couldn’t be more thrilled that @nymag has published “Buying Myself Back”. This is an extremely personal piece about image, power and consent. Thank you to the entire New York magazine team for this opportunity and all of their support. Link in my bio.

“When the piece arrived, I was annoyed,” she writes. “I’d seen online that other subjects of the Instagram paintings were being gifted ‘studies,’ the smaller drafts of the final works. My boyfriend asked the studio, and some months later, a 24-inch mounted black-and-white ‘study’ arrived. It was a different shot than the large piece we had purchased, but I still felt victorious.”

However, it is her retelling of a photoshoot with photographer Jonathan Leder in 2012 that is the most upsetting.

Ratajkowski wrote that in 2012, her agent booked her for an unpaid photoshoot with Leder. The shoot – which she later found out was a lingerie piece – took place at his home in the Catskills, where she was expected to stay overnight.

Though she was underage the time, Leder served her alcohol and, at the end of the night, sexually assaulted her. A few years later — after she had risen to fame for her appearance in Robin Thicke’s “Blurred Lines” music video and David Fincher’s Gone Girl – the photographer published a book of the photos he took during the 2012 shoot. Neither Ratajkowski nor her agent had signed release forms permitting Leder to use those images beyond the original editorial they were photographed for.

“I watched as Emily Ratajkowski sold out and was reprinted once, twice, and then three times,” Ratajkowski recounted.

“I tweeted about what a violation this book was, how [Leder] was using and abusing my image for profit without my consent. In bed alone, I used my thumb to scroll through the replies. They were unrelenting,” she added, quoting several comments that slut-shamed her for posing nude.

When contacted by a fact-checker for The Cut, Leder also made misogynist comments lashing out at Ratajkowski: “You do know who we are talking about, right? This is the girl that was naked in Treats! magazine, and bounced around naked in the Robin Thicke video at that time. You really want someone to believe she was a victim?” he said.

Head to The Cut to read Emily Ratajkowski’s essay, “Buying Myself Back.” (Note that the essay contains graphic accounts of sexual assault.)

If you or someone you know has suffered at the hands of sexual violence, there is help available: