Just A List Of Every Single Female Director That Could Have Been Nominated For An Oscar, But Weren't 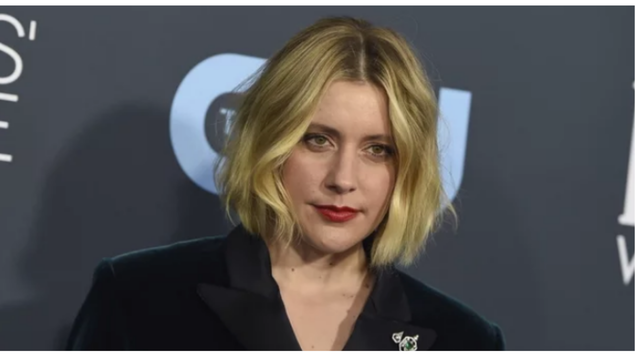 For the second year in a row, the Oscars snubbed female directors in its nominations on Monday. Not a single woman was nominated for Best Director, even though many of the year's most acclaimed movies were directed by women.

In news that will surprise no one, the Oscars have yet again boxed women out of the category for Best Director.

With the exception of Bong Joon-Ho's much-deserving Parasite, one read over this year’s disappointing slate of director nominees and you'd be forgiven for thinking it was the year 1958. The sadly unsurprising ballot of director nominates includes Martin Scorsese (The Irishman), Todd Phillips (Joker), Sam Mendes (1917), and Quentin Tarantino (Once Upon a Time… in Hollywood). All men.

It's the year 2020 and yet the Oscar nominations in every category are just as dull as they are exhausting. They are largely too-white, too-male, too-uncomprehensible (where is J-Lo's goddamn Oscar nomination?). Issa Rae, who announced the nominations on Monday, January 14, alongside John Cho, said it best: “Congratulations to these men.”

‘congratulations to these men’ issa rae did NOT COME TO PLAY with the best directors category pic.twitter.com/eXEYYktFLL

The dismal Oscar nominations come on the heels of last week’s embarrassing set of BAFTA nominations, where women were again boxed out of the best director category—and all four acting categories contained only white nominees.

Of course, I'm disappointed to learn that the Academy has snubbed an entire gender. Disappointed – but not surprised. In the past decade, the only woman nominated in the Best Director category at the Academy Awards was Greta Gerwig in 2017 for Lady Bird. Kathryn Bigelow, who won in 2009 for The Hurt Locker, remains the only woman to ever win the award.

What can we do about it? Sure, we could each pen yet another article on the Academy Awards’ painful lack of diversity, sure – but I’d rather spend our time celebrating those filmmakers who deserve to be celebrated. To pay credit where credit is well and truly due. To highlight the directors most deserving of your attention. And with that, here’s my pick of this year’s best female directors.

The Academy was big enough to recognise that Little Women is among the most lauded and visionary films of the year as the film received six other nominations, including Best Picture, Costume Design, Score, and Actress in a Leading and a Supporting Role. However, The Academy wasn't so forthcoming with a nomination for the woman who literally made the film a reality.

Ask anyone, film critic or casual cinema-goer, The Farewell is a cinematic hit. The Farewell boasts a 98% ‘fresh’ rating on Rotten Tomatoes, and for good reason. While Awkwafina’s performance in The Farewell is truly unforgettable (just ask the Hollywood Foreign Press Association, who awarded the comedian a Golden Globe award for Best Actress in a Motion Picture Comedy), she was ignored in the 2020 Oscars’ list of Best Actress nominees. Likewise, Wang’s direction – which deftly married complicated family dynamics with a poignant, well-acted drama AND comedy – has been ignored, too.

MARIELLE HELLER, A BEAUTIFUL DAY IN THE NEIGHBOURHOOD

A Beautiful Day In The Neighbourhood might not be out in Ireland yet (you’ll have to wait until January 31), but this biopic has been the talk of the town overseas. Tom Hanks takes on the role of beloved television icon Fred Rogers in a powerfully affecting story about acceptance and understanding. Hanks was lucky to receive the nomination for Best Supporting Actor where director, Mariella Heller seems to have been ignored entirely.

Born into slavery, Harriet Tubman escaped to become one of America’s most prominent and celebrated abolitionists. Though she has appeared as a character in several movies and operas, a standalone film dedicated solely to Tubman’s life has yet to be made. Until Kasi Lemmons’ Harriet, that is. The biopic – starring Best Actress nominee Cynthia Erivo – has captured the imagination of critics and viewers alike, sparking debate about the crackling blend of history and fiction. But did The Academy see this? Apparently not.

While everyone is rightly outraged that Jennifer Lopez was snubbed by The Academy for her performance as Ramona in Hustlers, it's also worth recognising that film received a second snub in the Best Director category. Lorena Scafaria not only brought us a uniquely empowering heist drama, but it boasted a huge amount of emotional depth, too. No recognition of this film by the Academy is frankly unacceptable.

Amid bombs going off, Syrian filmmaker Waad al-Kateab recorded her life in the most difficult of circumstances. Addressed directly to her daughter, For Sama explains why she chose to compromise her child’s safety in the pursuit of peace. It’s a film about fighting for what you believe in, even when that comes at great personal risk. It makes sense, then, that her film has now been nominated for Best Documentary at this year’s Oscars. What doesn’t make sense, though, is why al-Kateab has been ignored in the Best Director category.

Honeyland tells the story of the last female bee-hunter in Europe and how she must save the bees and return the natural balance in Honeyland when a family of nomadic beekeepers invade her land and threaten her livelihood. This film which is filmed in Macedonia is an exploration of an observational Indigenous visual narrative that deeply impacts our behaviour towards natural resources and the human condition. Granted, Kotevska directed Honeyland alongside Ljubo Stefanov but it's still an oscar-nominated documentary feature directed by a woman. What more does The Academy need?

Petra Costa, The EDGE OF democracy

The Edge of Democracy is a cautionary tale for these times of democracy in crisis -- the personal and political fuse to explore one of the most dramatic periods in Brazilian history. With unprecedented access to Presidents Dilma Rousseff and Lula da Silva, we witness their rise and fall and the tragically polarized nation that remains. Again, an oscar-nominated documentary feature directed by a woman. What gives?

American Factory tells the story of a Chinese billionaire who opens a new factory in the husk of an abandoned General Motors plant in post-industrial Ohio, hiring two thousand blue-collar Americans. Early days of hope and optimism give way to setbacks as high-tech China clashes with working-class America. For the fourth time, an oscar-nominated documentary feature directed by a woman. The mind boggles.

Queen & Slim is Melina Matsoukas’ directorial debut, and what a way to start your career. The film – which follows Daniel Kaluuya and Jodie Turner-Smith’s characters as they go on the run after killing a police officer in self-defence – has been described as “stylish, provocative, and powerful”, and has won countless critics over with its gripping and thoughtful story. Shame The Academy failed to see that.

Alma Har’el’s narrative feature directorial debut is based a screenplay by Shia LaBeouf, based on his childhood and his relationship with his father, and it was quietly released over Christmas. That doesn’t mean, though, that it isn’t worth your time: starring LaBeouf, Lucas Hedges, Noah Jupe and FKA Twigs, Honey Boy holds a Rotten Tomatoes approval rating of 94% based on a whopping 190 reviews. But that apparently isn't worthy of a Best Director nomination.

We’ll see who ends up winning the Best Director when the 92nd Academy Awards unfolds on February 9, 2020. While hopefully, the Academy will be much more open to potential female nominations by the time the 93rd Oscars rolls around.

READ: The Full List Of Oscar 2020 Nominations Has Been Announced