Let's Get Political – Why Do We Still Rank So Low for Women in Politics? 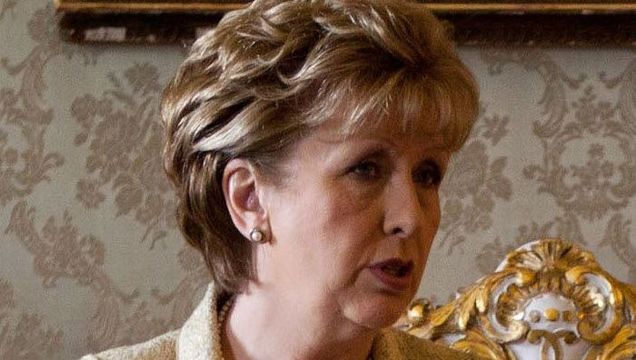 It’s been suggested that the rise of women's interest in Irish politics could have been directly attributable to the introduction of gender quotas.

The Electoral (Amendment) (Political Funding) Bill was introduced in the Seanad in February 2012 and became an Act in July 2012. For the first time, the Act introduces an electoral gender quota into the Irish political system.

Section 42 provides that any political party which does not have at least 30% of its candidates of each gender at the next General Election (February 26th 2016) will have its State funding cut by half.

READ: "Gender, geography, genetics – it's not a level playing field," Ivana Bacik On The Sexist Politics of Yore

However, oversimplification may also be at play as the parties who were subjected to such quotas – despite record numbers of women candidates in 2016 – did not provide an influx of women as previously thought. That or certain political parties were simply not worried about their State funding being cut, due to outside funding. 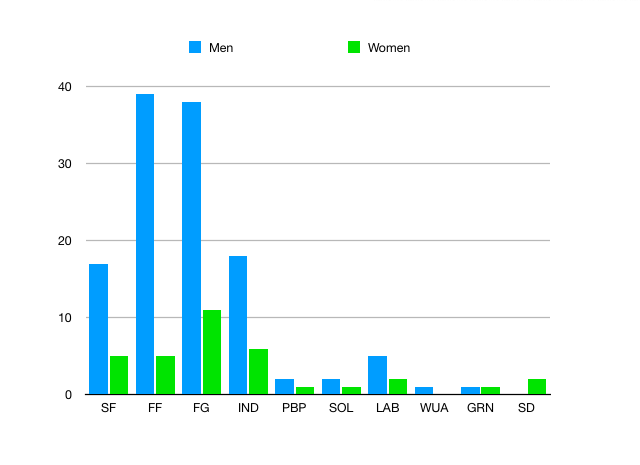 Percentage-wise, either Soc Dems or the Greens come out on top when it comes to female representation. As for the higher hitters, Sinn Féin boasts 23%, Fianna Fáil sits pretty at 11% and Fine Gael has 22% women within their ranks.

According to the Inter-Parliamentary Union, Ireland ranks 80th out of 193 countries for female parliamentary representation – falling five spots since 2016.

The European average figure for women’s representation in either parliamentary house (Dáil or Seanad) is 28%.

In 1990, when Mary Robinson became Ireland’s first woman President, Ireland was at 37th position in the world rankings. Ireland’s ranking has steadily worsened over the last two decades, because, as a nation, we have never significantly increased the numbers of women elected – unlike other countries like Belgium and Spain which have introduced positive action measures.

This, perhaps, may be due to Ireland’s long-standing tradition of a woman’s place being in the home.

Article 41.2 of the Irish Constitution states that “In particular, the State recognises that by her life within the home, a woman gives to the State a support without which the common good cannot be achieved.

“The State shall, therefore, endeavour to ensure that mothers shall not be obliged by economic necessity to engage in labour to neglect of their duties in the home.”

The referendum to remove such a reference was postponed last year, following initial expectation that it was to voted on alongside the presidential election in October.

The Joint Committee on Justice and Equality, later – following hearings in September on the legislation, which was set in 1937 – found the law was "not appropriate for the Ireland of today", leading the Irish population to fundamentally believe that the woman’s role was no longer tied to the kitchen.

However, it may take generations before that belief sinks in.

Mary Robinson has often spoken about getting “quite a lot of pushback” when she was seeking to win a Dáil seat in the 1970s and 1980s.

Politics aside, she also seemingly got a lot of guff for being a mother who was seeking election. “You should be at home, minding the child, not coming around,” a mindset she remembers some voters bluntly remarking.