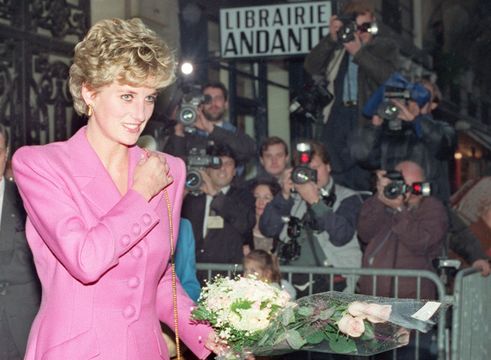 "We’ve seen how that ends."

Hailing from a problematic family, a rumoured feud with sister-in-law Kate and a love match not seen since Wallis Simpson – Meghan Markle has been hounded by paparazzi in a way not witnessed since the dawn of the internet.

The Duchess of Sussex – who reached dizzying heights of fame portraying Rachel Zane in Suits – was the main topic of conversation when it came to an interview with George Clooney in Australia's Who magazine.

"She’s a woman who is seven months pregnant and she has been pursued and vilified and chased in the same way that Diana was and it’s history repeating itself.

"We’ve seen how that ends," in reference to Princess Diana’s fatal car crash in 1997, during which she was being chased by paparazzi.

The Clooneys, who have taken up residence in the Cotswolds with twins Ella and Alexander, have allegedly become quite close with the royal couple, with rumours swirling about George's alleged new role in their family.

"Oh yes, I’ll be godfather of the royals apparently," he said, before adding, "No! I’m a father of twins, I have enough s**t to deal with - literally."

And it appears that the 57-year-old actor isn't the only one coming to Markle's defence.

After maintaining their silence for nearly two years, five women who form an essential part of Meghan’s inner circle have spoken with People magazine to “stand up against the global bullying we are seeing and speak the truth about our friend."

“Meg has silently sat back and endured the lies and untruths,” her former costar says.

With Meghan and Harry expecting their first child this spring, “we worry about what this is doing to her and the baby,” they add.

“It’s wrong to put anyone under this level of emotional trauma, let alone when they’re pregnant.”

READ MORE: Would You Use Trust a Selfie to Show How Your Online Purchases Would Look IRL?