"There's this crazy scene in the book where she's hiding in her own bathroom calling you guys saying 'What do I do? He's here.'" 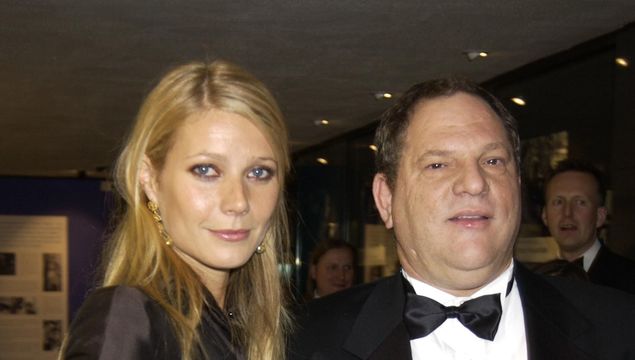 Love her or loathe her, you have to admit that Gwyneth Paltrow's career boasts heights most will never climb to.

What's unfortunate for her is that that boastful career will forever be linked to the disgraced movie producer Harvey Weinstein.

She was one of the biggest stars associated with his Miramax studios during the '90s – even winning an Academy Award for best actress for “Shakespeare in Love,” which Weinstein produced.

However, when Paltrow discovered that The New York Times was investigating decades of sexual harassment and assault allegations against Weinstein, the actress was one of the first big stars on the phone with reporters Jodi Kantor and Megan Twohey.

In fact, before the publication of the initial story, Weinstein even once showed up to Paltrow's home during a party, causing the actress to hide in her own bathroom and call up the reporters.

The revelation comes in Kantor and Twohey's new book She Said, which not only details more information about the Weinstein allegations but also details the journalistic story behind the story.

Speaking to Savannah Guthrie on The Today Show this morning, Kantor and Twohey – who didn't have much previous experience covering show business – detailed how difficult it was to get in contact with the famous women who had made allegations against Weinstein in the first place.

The pair couldn't go through traditional sources like a publicist, and once they found out to reach an actress they had to assure her that she could trust them to properly tell their story.

Paltrow, as it turns out, was one of the first big names who got on board with the story.

The journalists explained that she provided information to the reporters on the background at first before eventually going on the record herself.

“We had hoped that this article would help bring out the truth about this one particular individual, but what we realized was that first article was just the beginning.” -@mega2e pic.twitter.com/L4Mq7DIx9D

"Gwyneth Paltrow was one of Harvey's biggest stars," said Twohey.

"He had really kind of presented himself as kind of godfather to her over the years. So, I think many people will be surprised to discover that when so many other actresses were reluctant to get on the phone and scared to tell the truth about what they had experienced at his hands, that Gwyneth was actually one of the first people to get on the phone, and that she was determined to help this investigation.

"Even when Harvey Weinstein showed up to a party at her house early, and she was sort of forced to hide in a bathroom."

"There's this crazy scene in the book where she's hiding in her own bathroom calling you guys saying 'What do I do? He's here,'" added Guthrie.

"I think Harvey Weinstein was extremely aware and extremely scared of what the implications would be if his biggest start ended up going on the record," added Twohey.

Weinstein continues to deny the allegations made against him. He is currently out on $1 million bail.

Kantor and Twohey went on to share a Pulitzer Prize for their investigation in tandem with the New Yorker's Ronan Farrow. Their book She Said goes hits shelves this week.