Sivan has hailed the interview as "wildly invasive". 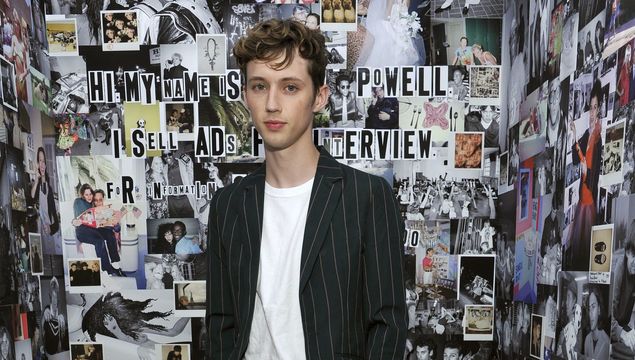 Troye Sivan has called out an interviewer who asked several inappropriate questions during a conversation with the South African-born Australian singer.

In a rapid-fire Q&A segment that was published in the September issue of LGBT+ magazine Express, the gay musician was asked whether he was “top or bottom” by reporter Matt Fistonich.

“Ooo… definitely passing!” the 24-year-old was quoted as responding.

who’s this interviewer the bar is on the floor pic.twitter.com/nWUVPDSVYU

The Australian artist was also asked whether his dog Nash is a ‘gayby’ or if his long-term boyfriend, model Jacob Bixenman, would give him a “hall pass” so Sivan could sleep with fellow artist Shawn Mendes, who in the past has denied rumours that he is gay.

The interview was shared on Twitter by a fan who criticised the interviewer’s invasive questions, to which Sivan responded: “I thought about asking the interviewer about his absolute fave sex position after that last question, but then I remembered how wildly invasive, strange and inappropriate that would be. Didn’t stop him though!”

Last year, Sivan released the song “Bloom,” which was an extended allegory for male sex.

A lot has been written about how the song turns the traditional animalistic depiction of gay sex into something tender; reducing it back down to the binary is antithetical as if the positions matter more to the listenership than the emotions behind them.

Although, he told the LGBTQ website Them last year he thought that being exclusively associated with bottoming would be “completely reductive.”

“Without getting into like any sort of details whatsoever, that was a song I wrote about a particular experience,” he said. “I’m not branding that as myself forever. It was definitely just writing a song.”

READ MORE: Lizzo Created a DNA Test With Spotify To Determine If You’re ‘That Bitch’