Exactly the good news we need to hear as we spend the foreseeable extremely online.
Irish Tatler Staff 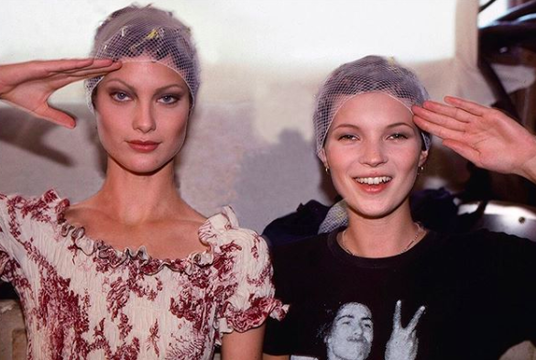 As part of its anti-bullying drive, Instagram has announced a range of new features aimed at better managing negative comments and highlighting positive ones.

This could effectively stamp out comments from those who regularly stalk high-profile accounts with the main goal of leaving negative or trolling remarks. The tech giant says the early feedback from its tests has been encouraging, so it’s opening up the feature to Instagram users on mobile.

Additionally, Instagram introduced a tool to allow users to control who can tag or mention their handle on the app, as this has been used as a tool for online bullying in the past. To get a better handle on privacy you can now choose between “everyone”, “only people you follow” and for those exceptionally keen to keep a low profile “no one”.

The brand released this information across all of its social platforms, demonstrating a step-by-step guide on how to "control your Instagram experience".

Now you can delete multiple comments and block or restrict multiple people at once. You can also manage who tags or mentions you on Instagram.

On iOS, you can tap on a comment, then the dotted icon in the top-right corner where you’ll choose “Manage Comments.” This will allow you to choose up to 25 comments to delete at once.

If you tap “More Options,” you’ll also find a feature that lets you block or restrict commenters’ accounts in bulk. On Android, you’ll instead press and hold on a comment, then tap the dotted icon, and select Block or Restrict.

Instagram is also soon set to launch Pinned Comments as a test, in hopes to amplify positive comments.

When the feature goes live, users will be able to select and pin a number of comments to the top of their comments thread, where they’re more easily seen.

The move has been hailed as a good one, with hopes that troll activity will be quashed from the get-go – but the feature critics have referenced how users with large followings will now also be able to silence valid criticism in lieu of sycophantic behaviour.

Twitter, by comparison, offers a way for users to hide replies they don’t like — but it doesn’t remove them from its platform. Instead, the replies are hidden behind an extra click, keeping them visible to anyone who knows where to look.

In this light, it seems that stan culture is about to take over Instagram big time.

READ MORE: Get Irish Tatler Magazine, Wherever You Are