The hurdles and challenges we need to work on overcoming, together
Irish Tatler Staff 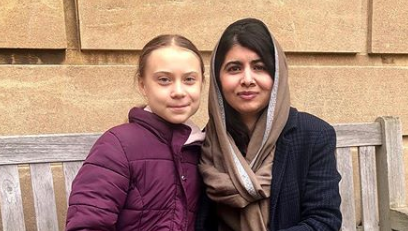 Few would disagree that life for women in Ireland has improved significantly in recent decades.

We as a country have legalised same-sex marriage (2015) and given women bodily autonomy with the legalisation of abortion (2018).

For a place that once demanded women leave employment when they married (Marriage Bar, which was abolished in 1973), it has been an incredible leap.

However, while much has been done to improve the lives of women in Ireland, there is still more to do.

This International Women's Day, we're thinking of the obstacles still to be overcome, but know the power Irish women now have to meet such challenges.

A topic that has been receiving increasing coverage in the media in Ireland and beyond.

According to Plan Ireland, a survey of over 1,100 young women aged between 12-19 years revealed that 50 per cent of Irish teenage girls have experience affordability issues around sanitary products. Period poverty also has a huge impact on Ireland’s continually growing homeless population.

Homeless women have limited access to sanitary products and often don’t have the money to purchase them or any supplementary period care such as painkillers.

Groups such as The Homeless Period Ireland project are working to change things. Hopefully, Ireland will soon follow Scotland’s lead and provide sanitary products to low-income women free of charge.

According to Eurostat, the gender pay gap in Ireland was a hefty 13.9 per cent in 2014 (although we weren't the worst: the EU figure was 16.7 per cent). And a recent Higher Education Authority's (HEA) survey shows that male teaching graduates earn almost €4,000 more than women.

The presence and visibility of women in management and more senior roles is also something that needs to be improved - and, thankfully, things are moving in the right direction.

According to Grant Thornton International's Women in Business report, Ireland sits eighth out of 35 countries globally in terms of the percentage of women in leadership roles. And, while 22 per cent of firms here say they have no women in senior management roles, that’s a marked improvement on 2017 (when it was 39 per cent) and 2016 (41 per cent).

READ: The Gender Pay Gap In Ireland Broken Down

It seems that hardly a month goes by without news of some shocking violence carried out on a woman in Ireland.

Women’s Aid's Femicide Watch 2019 report, published in November 2018 revealed that since records began a decade ago, 230 women 'have had their lives stolen' – an average of ten a year.

Even more shocking was that nine out of ten of these femicides were committed by a man known to them.

Women's Aid's findings prompted the charity to call for the urgent introduction of formal reviews of domestic killings "to help protect women and children and save lives”.

The Domestic Violence Act came into law in 2019 and recognises the damaging effects of coercive control and mental abuse.

Charities and activists are hoping that structures, such as training and resources for Gardaí, will be put in place to ensure this leads to more security for Irish women.

The government decided to tackle the problem head-on by meeting in May 2019 to put forward The Harassment, Harmful Communications and Related Offences Bill which would cover the taking and distributing intimate images without consent, online or digital harassment, a specific offence of stalking, an expanded offence with regard to sending threatening or indecent messages and also one which will deal with “revenge pornography”.

The Government, on legal advice, agreed to make technical amendments to the Bill so that it would meet the standard for the creation of new criminal offences and would be consistent with existing laws.

However, no governmental changes have since been made.

History has always been recorded by the hand of the oppressor rather than the oppressed, meaning that women were often forgotten about despite providing half the work.

This International Women's Day, make it your mission to learn more about the women who didn't make the history books.

Founded in 2016, Herstory’s mission is to give the public authentic female role models and a game-changing egalitarian education programme.

READ MORE: Know Your Rights – Psychological Abuse In Relationships Is A Legal Offence In Ireland