"For people who can meet the strict, medically unnecessary 12-week time limit, there is clearly a greater opportunity to access healthcare at home, and this is something we can be very proud of," says the Abortion Rights Campaign. 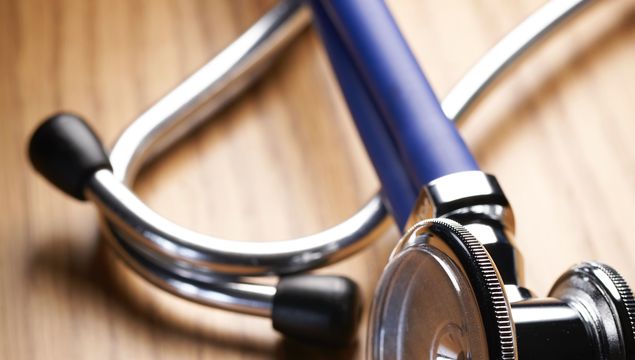 In response to the publication of the 2019 Annual report on abortion statistics by the outgoing Minister for Health Simon Harris, a number of pro-choice agencies have welcomed the progress made for pregnant people who were able to access free, safe and legal abortion care in this country.

According to the document, 6,666 people had an abortion in Ireland in 2019. However, these statistics are not comparable with those used in the past, they say.

This is because previously, we relied on UK data which we always knew to be an undercount that failed to capture Irish residents who gave UK addresses, travelled to other destinations overseas or imported pills illegally.

“The release of Ireland’s first abortion figures demonstrates a reality we have long known to be true: Irish people get abortions," said Cathie Shiels, Co-convener of the Abortion Rights Campaign.

"They always have, they always will. Now, for the first time in the country’s history, free, safe, legal abortion is possible; the repeal of the 8th has brought an end to forced travel overseas or importing pills illegally for many in Ireland."

For people who can meet the 12-week time limit, the organisation says, there is clearly "a greater opportunity to access healthcare at home, and this is something we can be very proud of."

“Only 24 individuals obtained abortions because of a medical emergency or risk to their life or health -- roughly the same number as under the extremely restrictive Protection of Life During Pregnancy Act," Shiels continues.

"We know that the system still leaves too many behind. As we saw from the recently released abortion statistics from the UK, hundreds of people from the Republic are still forced overseas to access the healthcare they need and deserve at home."

In response to the report, Executive Director of Amnesty International Ireland Colm O'Gorman assures that "some serious gaps remain in the legislation that are likely still forcing pregnant people to travel."

"One gap we previously highlighted is the high threshold of “serious harm” to a pregnant person’s health under what should be a general health ground. Another is the lack of access in cases of severe non-fatal foetal impairment diagnoses.”

In 2018 when the law was being debated, Amnesty warned that if these barriers were not addressed women and girls would be denied abortion care in Ireland that is their human right.

Statistics published by the UK Department of Health and Social Care in early June revealed that 375 women and girls travelled from Ireland to access abortion services in England and Wales in 2019.

“We know that women’s health and wellbeing are harmed when they have to travel for an abortion, and people voted to end that very harm. With the three-year review of our abortion law coming soon, we call on the new government to identify and close all gaps to make sure we don’t have hundreds of people still being forced to travel,” said Colm O’Gorman.

“Some gaps in the law can’t wait until the three-year review process to close. One is the long-promised legislation to create safe zones around healthcare facilities. Peaceful protesting is a human right; intimidating or harassing people seeking healthcare is not.”

The report showed that at least 67 women who ordinarily reside in Northern Ireland accessed abortions in Ireland in 2019. Historic law reform for Northern Ireland was passed by the UK Parliament in July 2019 and took effect in October 2019.

“Given that our new laws did not take effect until October 2019 and the framework for abortion services in March 2020, it’s not surprising that some opted to access this vital healthcare at home rather than travel to England," said Grainne Teggart, Northern Ireland Campaigns Manager for Amnesty International UK.

"It is a stark reminder of the regime we leave behind. Women and girls can now access free, safe, legal and local abortion at home but this does not remove the need for our Department of Health to urgently commission services and ensure they are accessible to all who need them."