Ireland Just Declared A Climate Emergency, Here's What We Need To Do Next

One small step for Ireland... 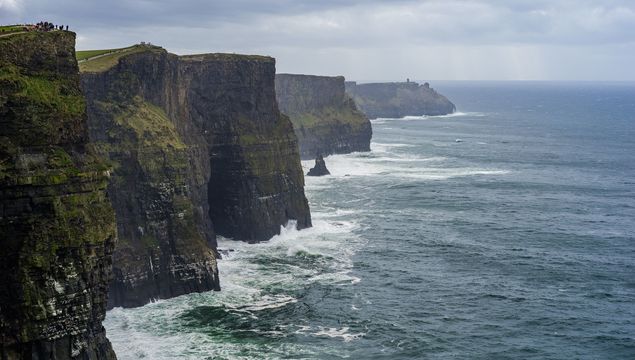 Ireland became the second country in the world to declare a climate and biodiversity emergency yesterday evening. The move comes after a Fianna Fáil amendment to the Oireachtas report on Climate Change was accepted by both sides of the Oireachtas without a vote.

Earlier this month, the United Kingdom became the first country to declare a climate emergency declaring plans to reduce carbon emissions by 80% by 2050 while Scotland is set to reduce greenhouse gas emissions to net-zero by 2045.

A huge milestone has been reached! This evening, the Irish government declared a climate emergency. We are sending so much love and gratitude to every single person in Ireland who has done their part in making this happen. 1 aim down, only 2 to go! Power to the people ✊ #extinctionrebellion #extinctionrebellionireland #internationalrebellion #extinctrebelsie #tellthetruth #climatechange #climateaction #rebelforlife #zerocarbon #climateemergency #enviromentalcollapse #ecologicalcollapse #globalwarming #climatestrike #climatebreakdown #systemchange #fridaysforfuture #powertothepeople

A post shared by Extinction Rebellion Ireland (@extinctionrebellionireland) on May 9, 2019 at 12:18pm PDT

Chair of the Climate Action Committee, Fine Gael's Hildegarde Naughton, welcomed the outcome as "an important statement" but added, "now we need action." She said Minister for Climate Action Richard Bruton would speedily return to the Dáil with new proposals.

Green Party leader (who moved a Dáil motion to declare a climate emergency), Eamon Ryan also welcomed the development but warned that "declaring an emergency means absolutely nothing unless there is action to back it up. That means the Government having to do things they don't want to do".

Now we've declared a climate and biodiversity emergency it's time to act.
We must stop issuing oil & gas exploration licenses and the extraction of peat.
We need new transport and land use plans.
We build a circular economy which avoids single use plastics. #ClimateEmergency pic.twitter.com/sfOUK5YAzV

So what exactly does the Government need to do next? Well, first: we, as a nation, need to understand what exactly it means to declare a climate emergency. There's no single definition, but many countries say the aim is to be carbon-neutral by 2030.

Why declare an emergency?

The United Nations say we could have just 11 years left to limit a climate change catastrophe. Just yesterday, a report by the World Wide Fund for Nature revealed that if everybody in the world lived like the average European Union citizen, the globe's resources would be used up by today, May 10. The EU uses almost 20 per cent of the planet's bio-capacity despite only representing seven per cent of the global population. It also found that Ireland used up its own share of global resources on April 27. 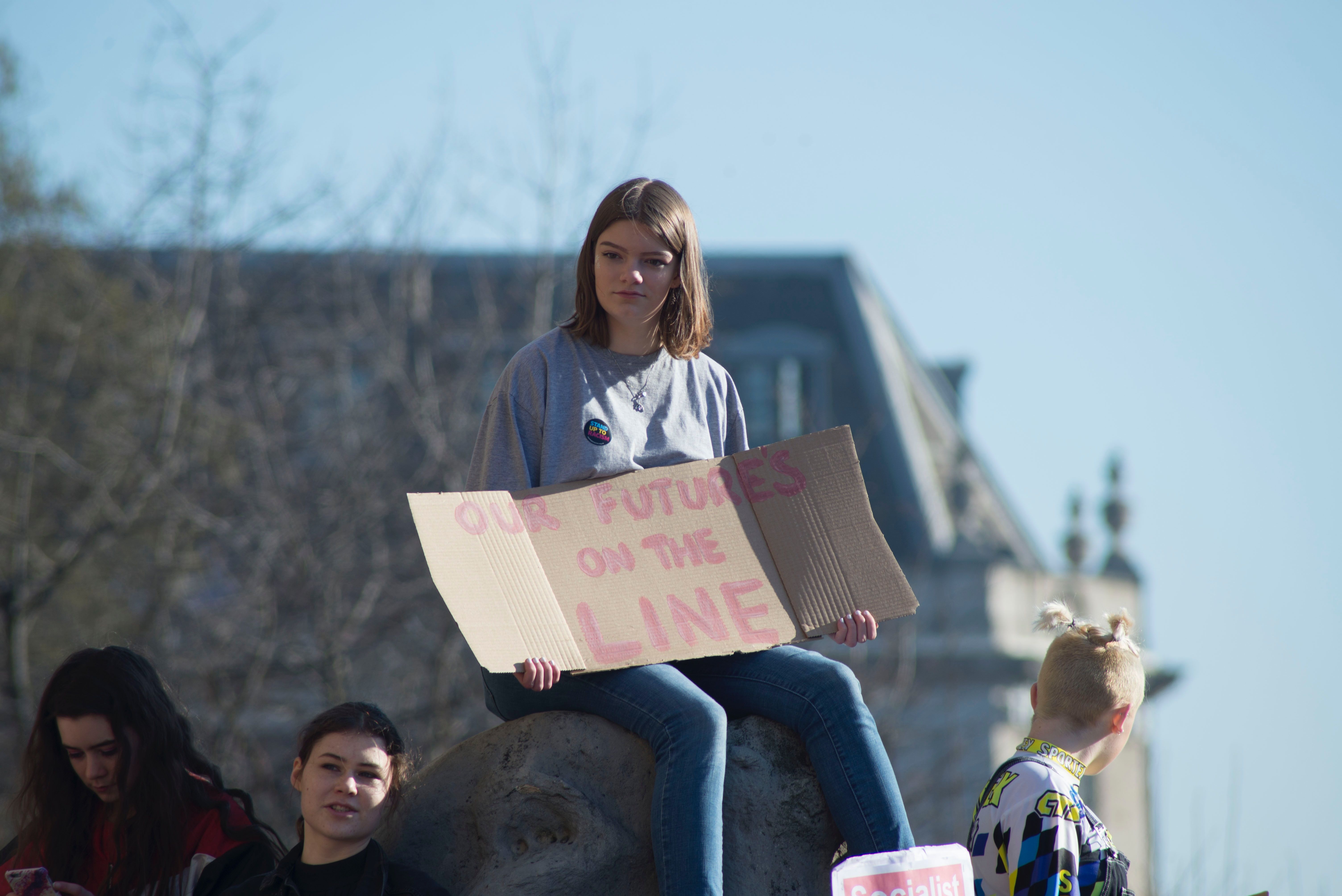 What to do next?

The government needs to put plans into action to reduce our emissions to as close to zero as possible in all sectors our economy (including energy, agriculture, land use and industrial process) as well as plans to draw down past emissions.

Rapid reduction of carbon emissions includes stopping the sale of petrol and diesel vehicles by 2030, retrofitting millions of homes to a higher energy standard, planting trees twice the area size of Monaghan, tripling renewable energy by 2030 and reducing carbon emissions from heavy industries like steel and cement.

The government has considerable power to slow down or accelerate progress on climate change. The conveniently condescending question of ‘who pays’ for the energy transition or the green industrial revolution is inevitably a red herring. Last year there were calls for the Government to consider a rise in the current carbon tax (e a tax on the burning of fossil fuels including oil, diesel, petrol, coal, gas and peat) of €20 per tonne to €30 per tonne. However, the budget for 2019 failed to do so. On the other hand, Ireland spends over €20 billion on healthcare. As climate change impacts increase in severity and frequency, pressures on the health and defence budgets may also increase. Climate spending is therefore not just critical for triggering a green industrial revolution today, but also for offsetting the rising costs of dealing with extreme weather in the future. 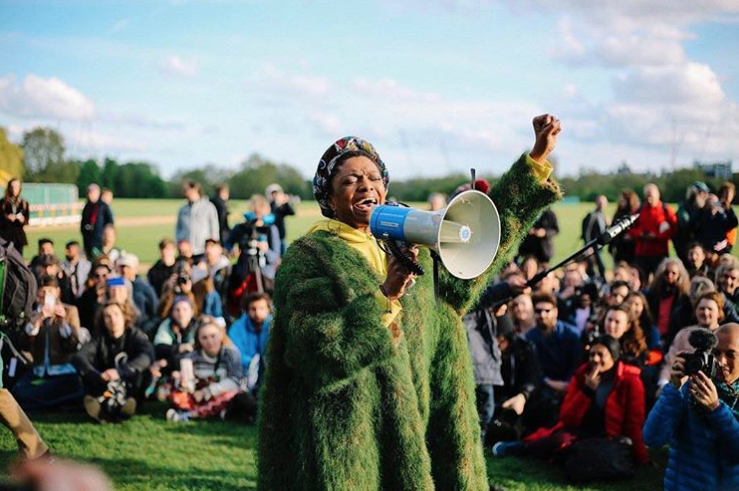 What can we do?

Create public awareness that we are in a climate emergency which threatens life as we know it, not just in Ireland but globally. There is only one David Attenborough, and he’s getting old. We need more ambassadors and spokespeople like him making regular appearances on the national media and fostering a rigorous discussion on climate change, and what that means for individual households across the country.

Making small changes. Swapping car journeys for cycling, using reusable shopping bags instead of plastic, recycling - correctly, cutting down on fast fashion, etc. may all seem like small, unimportant changes but they are vital. Every product we buy has an environmental footprint and could end up in a landfill. The United Nations estimates that by 2050, the oceans will carry more plastic than fish. 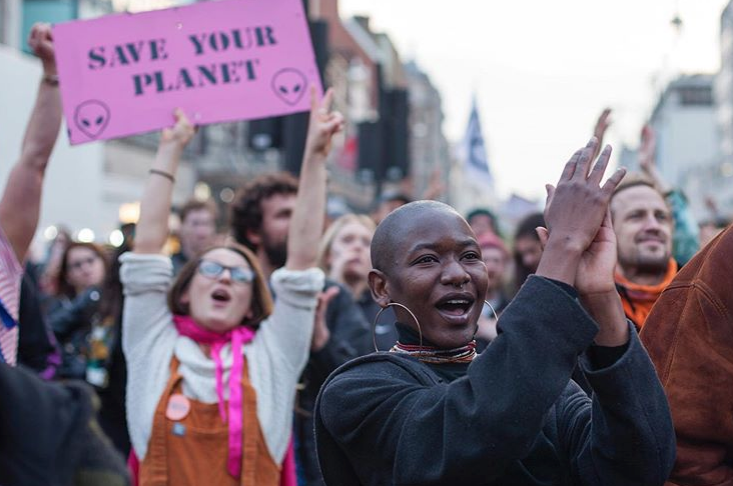 While Ireland climate emergency is a vital and important step, this is only just the beginning.

READ: Greta Thunberg is Releasing a Book of Her Speeches

READ MORE: Beauty Products You Can Refill, Reuse and Recycle