Is Irish Radio Failing Female Artists By Not Playing Them?

Female artists take up less than 5% of airtime on Irish radio stations, according to a new report by music publicist and consultant Linda Coogan Byrne. 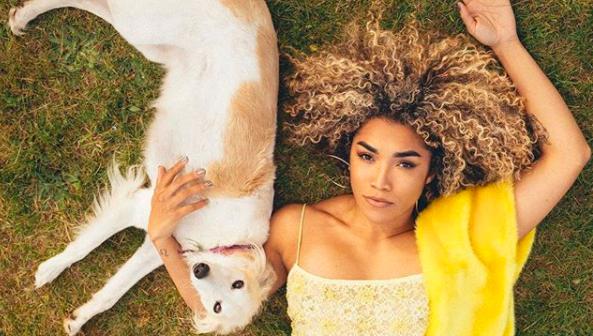 A new analysis of airplay on Irish radio has shown a jarring gender disparity between the broadcasting of Irish artists.

The research found that, out of the top 20 Irish artists across 28 music-paying radio stations encompassing 560 artists, just 41 are female.

No female musicians featured in the top 20 artists played by four stations – FM104, LM FM, WLR FM and South East Radio – over the past 12 months.

RTÉ Radio 1 was the only radio station which boasted a 50/50 divide of male and female artists among its top 20 most played songs. 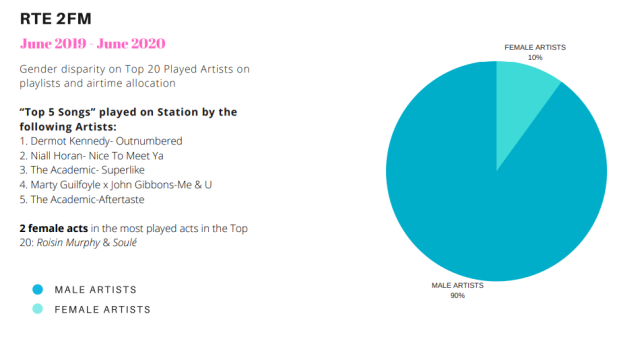 Focusing on Irish artists, the study found that only one act across all Irish radio stations’ top 20 was from Ireland’s black community.

In almost all cases, Dermot Kennedy’s 'Outnumbered' was the most played song on the majority of Irish radio stations. This was followed by music from Niall Horan and the Academic.

"It seems to be so ingrained in the Irish music industry that even when movements around the world towards gender equity in radio and on festival line-ups were happening, the Irish Music Industry as a whole just didn’t engage in the conversation or discredited those trying to bring this conversation up," says singer-songwriter Tyrrell.

Coogan-Byrne wrote that her decision to compile this report, which took some three months, was based around the idea that radio has been "predominantly male for far too long".

"The conversation on gender balance across airtime allocation on Irish Radio must be open among the Irish Music Industry and the powers that be in Radio, both National and Regional need to answer," she wrote.

"Who is our next Sinead O’Connor? Why hasn’t there been another female band as successful as The Corrs or The Cranberries? They exist, trust me. It is ok to be sad, angry and pissed off at a system that year after year lets down our female creatives by not offering an equal platform to that of their male counterparts."

Read the report in full here.

READ MORE: Why The World of Sport Still Isn't A Level Playing Field For Women