After leaving the presidential race in December, Harris turned her attention back to the Senate and found new purpose amid a wave of nationwide protests this spring against racism and police brutality. 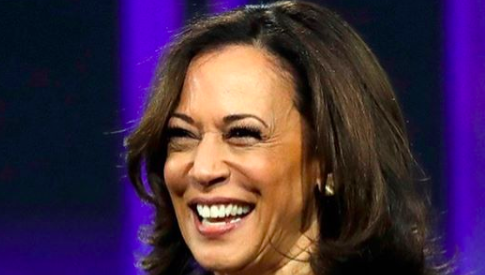 The internet imploded late Tuesday night as Californian Senator Kamala Harris was chosen by Joe Biden as his vice-presidential running mate ahead of elections later this year.

The move, of course, deems Harris as the first Black woman and the first person of Indian descent to be nominated for national office by a major party, and only the fourth woman in US history to be chosen for a presidential ticket.

In a tweet, Mr Biden described the Californian senator as "a fearless fighter for the little guy, and one of the country's finest public servants".

"Back when Kamala was Attorney General, she worked closely with Beau," he added.

"I watched as they took on the big banks, lifted up working people, and protected women and kids from abuse. I was proud then, and I'm proud now to have her as my partner in this campaign."

Harris tweeted that she was honoured to join Biden as their "party's nominee for Vice President, and do what it takes to make him our Commander-in-Chief".

She added that Joe Biden "can unify the American people because he's spent his life fighting for us. And as president, he'll build an America that lives up to our ideals".

Joe Biden is a leader who can unify the American people, because he's spent his life fighting for the American people. And as president, he will build an America that lives up to our ideals. I'm honored to join him as our party's nominee for Vice President, and do everything it takes to make @JoeBiden our next Commander-in-Chief.

After the disintegration of Harris' own presidential bid last year, the more liberal constituents were all but certain that the 55-year-old would take another stab at it. But, by linking up with Biden – who, at the time of writing, is the bookies' favourite – will allow her to act as the de facto leader for at least four years.

Harris' background saw her spend most of her life as a prosecutor and state attorney general, with a pragmatism to match. Largely seen as the safest choice available to Biden given her charm and similar values, Harris boasts a reliable allyship with the democratic establishment as well as an appeal to women and Black voters.

She is known for her sometimes aggressive questioning style in the Senate, most notably of Brett Kavanaugh during his 2018 Supreme Court confirmation hearing.

Former President Barack Obama – under whom Biden served as VP – reacted on Twitter by saying that Ms Harris was "more than prepared for the job. She's spent her career defending our Constitution and fighting for folks who need a fair shake.

"This is a good day for our country. Now let’s go win this thing," he added.

It's also worth noting that Biden's age (74) may mean that his tenure may only last four years – giving Harris the option to consider a presidential run in 2024.