The couple got married at the Forte di Belvedere in Florence, Italy, May 24, 2014.
Irish Tatler Staff 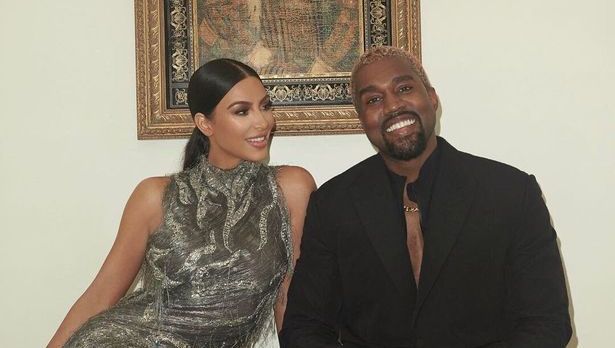 Kanye West has claimed he has been trying to divorce his wife Kim Kardashian West for two years.

In a now-deleted Twitter thread, the 43-year-old artist and fashion designer made a series of allegations about his reality star wife.

In one tweet, he wrote: "I been trying to get divorced since Kim met with Meek at the Waldorf for 'prison reform'."

The tweet alludes to the time Kim met with rapper Meek Mill at a criminal justice reform summit in Los Angeles in November 2018. He added that he believed Kim's behaviour at the meeting was “out of line".

“Meek is my man and was respectful That’s my dog," he wrote. "Kim was out of line I’m worth 5 billion dollars and more than that through Christ.”

The rapper, who has four children with wife Kim also appeared to call his mother-in-law Kris Jenner "Kris Jong-Un" and accused the pair of "white supremacy".

He repeated his claim that his wife and mother-in-law had "tried to fly in with two doctors" to have him admitted to hospital after his lengthy speech to an audience in North Charleston, South Carolina on Sunday.

READ: How COVID-19 Affects Our Mental Health, According To The CEO Of Lust For Life

Fans of the rapper have been quick to defend his erratic posting style because of his bipolar disorder diagnosis, something Kanye himself has previously called a “superpower”.

“No jokes right now. I have dedicated my career to offering education and insight about bipolar disorder and I’m so disturbed by what I’m seeing,” Halsey wrote.

”Personal opinions about someone aside, a manic episode isn’t a joke. If you can’t offer understanding or sympathy, offer your silence.”

Kanye’s erratic behaviour this week – which follows a career marred by similar outbursts – has shone a renewed spotlight on the disease.

Bipolar disorder, also known as manic depression, is a neurological brain disorder known to become triggered by any number of circumstances.

People with bipolar experience extreme emotions, good and bad and can find themselves in manic states in which they operate at a higher speed. They have increased energy and this reflects in their speech and movements.

On the other end of the scale, when people with bipolar are upset or down, they experience symptoms similar to that of depression; where they lack any motivation and shut others out.

West has previously confirmed in interviews that he has bipolar disorder.

In 2018, the cover of his Ye album featured the line: “I hate being bipolar. It’s awesome.”

He later said in an interview: “I had never been diagnosed until I was 39. But like I said on the album, it’s not a disability, it’s a superpower.”

Speaking to Vogue in 2019, Kardashian spoke about her husband’s struggles and said he wasn’t on medication.

“For him, being on medication is not really an option, because it just changes who he is,” she said.

“Right now everything is really calm. But we can definitely feel episodes coming, and we know how to handle them.”

In an interview with David Letterman, West once explained what it was like to go through an “episode”.

“When you’re in this state, you’re hyper-paranoid about everything,” he said.

“Everyone – this is my experience, other people have different experiences – everyone now is an actor. Everything’s a conspiracy.

“You feel the government is putting chips in your head. You feel you’re being recorded. You feel all these things,” he said. “You pretty much don’t trust anyone.”

READ: The 6 Best Therapeutic Self-Care Books To Read When You're Feeling Anxious Or Alone

READ MORE: 9 Simple Ways To Quickly Calm Any Anxiety, According To An Expert