Hang On, Why Is Kate On Public Trial For Getting Botox?

Like somehow, it makes her less reputable or wholesome a person? 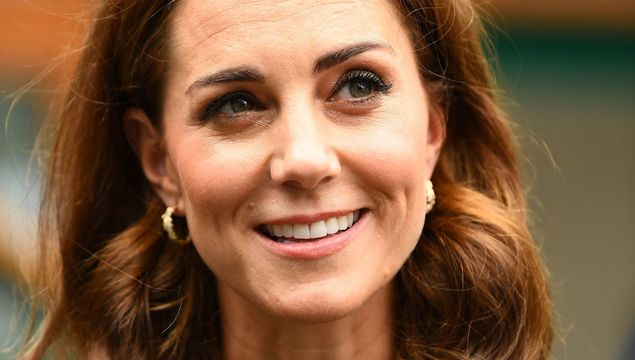 The Royals are quite used to running social commentary on how they live their lives (part of the job, eh?), but earlier this week, a comment made on social media about Kate Middleton's appearance prompted Kensington Palace to issue a swift and stern public statement in her defence.

Plastic surgeon Dr Munir Somji shared two side-by-side photos of the Duchess of Cambridge on his Instagram page in a ‘before and after’ comparison, using them as an example of what “baby Botox” can do for women.

The now-deleted and over-familiar caption read:

Our Kate loves a bit of baby Botox… Note the reduction of fine lines on the forehead. But also note the depression of the medial (middle part) brow but the elevation of the lateral tail of the brow.

The post, as one might imagine, sparked a huge debate on social media - some adamant that Kate's smooth skin is nothing but natural, while others seemed elated that the Duchess of Cambridge's self-care 'secret' had been made public.

My questions about the validity of a doctor using 'before and after' images of someone who’s not even a patient to demonstrate treatment benefits aside, so intense was the has-she-hasn't-she Instagram thread, it prompted the usually non-partisan Kensington Palace to issue a rare statement of denial to the New York Post.

The statement from a royal spokesperson said Dr Somji’s post is “categorically not true” and “in addition, The Royal Family never endorse commercial activity”.

My issue with all of this doesn't lie with Dr Somji (although, I would wonder about his best practice) or with the Duchess of Cambridge for getting Botox, for not getting Botox or keeping her self-care routine close to her chest, it's the judgement-laden reaction of Kensington Palace.

The female members of the Royal family live their lives under oppressive scrutiny, Kate and Meghan's successes and failures are constantly compared and their appearance is never not up for discussion. Yet a relatively small-time plastic surgeon suggesting that Kate had - quelle horreur - undergone a common, low-risk cosmetic procedure is just intolerable to the monarchy.

Sure, the fact that Dr Somji’s clinic might (and most likely will) profit from the use of Kate's images isn't fair, but neither is the huge character judgement the Royals are placing on women who elect to use Botox.

Like somehow, it makes you less reputable or wholesome a person?

For all of their attempts to modernise the view of the monarchy, this harsh denouncing, I feel, highlights their antiquity.

Every woman, 'our Kate' included should be afforded agency over their own bodies and their foreheads.

Read More: How Soon Is Too Soon to Get Botox?