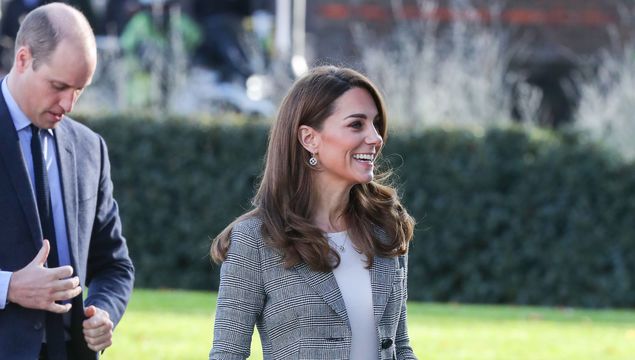 A shrug seen around the world.

The Duke and Duchess of Cambridge made headlines recently – when don't they? – for a barrage of new reasons, following the airing of the BBC’s A Very Berry Christmas special.

Both William and Kate joined namesake and Great British Baking Show legend Mary Berry for the annual showing, which aired in the UK on Monday evening.

However, some of the reactions hit an uncharacteristically bitter note.

Social media users were among the first to note the awkward tension between the Cambridges, only to hit a crescendo when Prince William reached out to touch Middleton's shoulder, only for her to shrug his hand off.

Middleton then echoes the sharp jerk on the other side of her body, a smile still glued to her face.

Kate shaking off William's hand on her shoulder during #ABerryRoyalChristmas pic.twitter.com/NyzjdKC3rk

“The pull away was a strong significant retreat from his touch and you can see that her hands, held out in a cannon shot formation to calm and protect herself, stayed together the whole dance,” she explained.

“She does a slight shrug up and down with her shoulders and body to shrug off his touch and the stress of what just happened.”

While it is a given that members of the royal family are not encouraged to engage in public displays of affection – might this viral snippet be telling of the Cambridges relationship that day?

“I always think the important thing to remember is that people forget that they’re working royals,” she explained. “It’s up to each and every royal and royal couple about how affectionate they are.

“There’s no protocol that tells them they can’t hug or kiss or touch,” she continued. “There’s no rule book like that. Each senior member of the royal family is trusted to make the judgment calls of what’s appropriate and when. It’s all about being trusted to make those calls on their own.”

“If you’re going to a sporting event you’re going to be much more jovial,” she said. “And with [William and Kate], we’ve even seen them kissing or hugging. We saw them hugging at [the Olympics]. But then as they go to a much more serious event, as if to commemorate a battle, they’re very solemn.”

It was in the same special where Middleton told Berry that William likes to cook for their family at home.

“He sometimes does, actually,” she explained, as reported by People magazine. “He’s very good at breakfast. In our university days, he used to cook all sorts of meals. I think that’s when he was trying to impress me, Mary. Things like Bolognese sauce and things like that.”

The royal pair tied the knot in 2011 and share three children: George, Charlotte and Louis.