Congresswoman Katie Hill announced her resignation amid allegations of a relationship with a campaign worker and nude images being published without her consent. 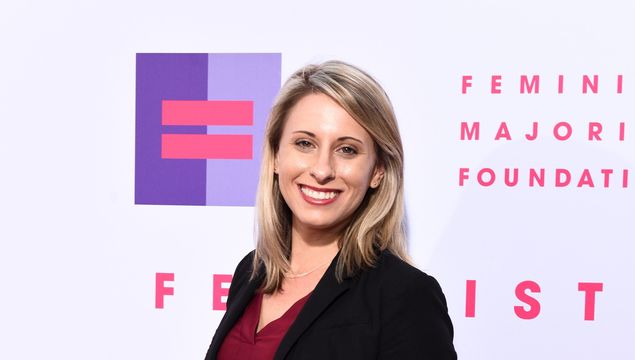 The photos were leaked by her husband Kenny Heslep, with whom she is in the midst of a divorce settlement.

“It is with a broken heart that today I announce my resignation from Congress,” she wrote in a statement.

“Having private photos of personal moments weaponized against me has been an appalling invasion of my privacy,” she wrote. “However, I know that as long as I am in Congress, we’ll live fearful of what might come next and how much it will hurt.”

The story unravelled some weeks ago, just before Hill admitted to an “inappropriate relationship” with a campaign worker before entering Congress – something she details in a recent New York Times interview.

The House of Representatives Ethics Committee then announced that they were about to embark on a formal investigation into the first-term Representative, who is also the first openly bisexual member of Congress in California.

Hill has since denied a number of allegations published by RedState – an American conservative political blog – including both that she had an affair with her legislative director, Graham Kelly, in office and engaged in a three-way consensual relationship between Hill, her estranged husband Kenny Heslep and the previously mentioned campaign staff member in 2018.

It goes without saying that the progressive media has juxtaposed Hill's experience with the number of male policymakers who have engaged in similar activities – or far worse – before her.

By her own admission, Hill’s consensual relationship with a female aide last year was inappropriate. But – unlike Bill Clinton, who also had a relationship with a subordinate, while occupying the highest office in the land – Hill openly owned her mistake straight off the bat.

Current US President Donald Trump told us, in a now-infamous recording from 2005, “You can do anything.”

This includes the ability to “fuck” beautiful women and “grab them by the pussy”.

In California, a state that has a revenge-porn law, it comes down to the minutiae.

Enacted in 2013, posting explicit photos of someone without their consent falls under the category of non-consensual pornography.

In order to be a punishable offence, the materials must include “intimate body parts” of an identifiable person with the understanding that the distribution of those private images will cause public distress.

The photo of Hill published by RedState was redacted and therefore didn’t necessarily show any “body parts.”

However, it remains unclear if this case would even fall under California’s jurisdiction – especially given that, despite the state's spearheading of legal ramifications, most claim the laws are not nearly strict enough.

The Harassment, Harmful Communications and Related Offences Bill, which provides for a six-month prison sentence upon conviction, was originally put forward by the Labour Party in 2017.

The Bill is based on a Law Reform Commission report, which recommends the outlawing of two kinds of incidents: one which forbids the posting online of intimate images without consent, the other which will prevent secretly filming or photographing private areas of a person, also known as ‘upskirting’ and ‘down-blousing’.

If you have experienced this type of abuse and harassment please contact the Women’s Aid National Freephone Helpline on 1800 341 900 from 24 hours a day, seven days a week and speak to someone at your local Garda Victims Service Office (click here).