Kendall Jenner Had To Pay Up Because Of Fyre Festival 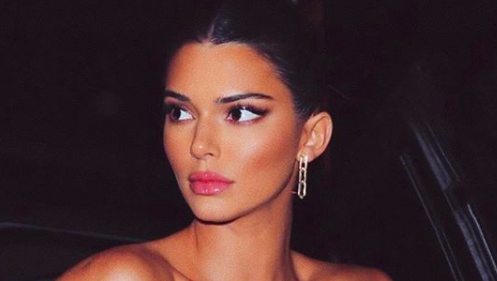 “Let’s just do it and be legends."

So said Fyre Festival organiser and marketing executive Billy McFarland who – following the event's disastrous follow-through – was promptly arrested, charged with wire fraud, and sentenced to six years in jail.

The fallout from that whole mess way back in 2017 – that inspired a Netflix series – is, somehow, not over. The latest participant to pay? 24-year-old reality star and model Kendall Jenner.

But firstly, let's recap. For those not in the know, Fyre Festival was the 2017 brainchild of now-convicted fraudster Billy McFarland and Ja Rule. The luxury affair was set to span several days on a Bahamian Island where ticket-holders would party with a cohort of A-listers and famous supermodels, be treated to Instagram-worthy views and Michelin star grub throughout.

What revellers didn't realise though, was that the whole thing was a huge scam resulting in thousands of wealthy influencer-wannabes left stranded on a tropical island with none of the things they were once promised.

Some of those who contributed to the faux-hype by way of Instagram promotions have since been sued for their involvement, Kendall Jenner included. On Wednesday, she paid a settlement of $90,000, WWD reports.

Jenner is said to have accepted a total of $275,000 for the now-deleted Instagram post in 2017, encouraging her followers to “get tix” for Fyre Fest using her “VIP access” discount code. She reportedly failed to tag the now-deleted post as promotion and also insinuated that Kanye West, her brother-in-law, would be performing.

This lawsuit seems to have gotten her on a sponcon technicality. Brooklyn bankruptcy trustee Gregory Messer sued Jenner in the US Bankruptcy Court of New York in 2019 to recover his clients’ investments in the festival. The lawsuit states that even though Jenner was paid $275,000 to post on Instagram with her model friends, she “did not indicate to the public that she was paid to promote the Festival.”

“In fact, Mr. West was never going to perform at the Festival. This conduct demonstrates a clear lack of good faith on Jenner’s part,” it claimed.

Whether an influencer can be held responsible for something they did not know was a scam is for the jury to decide – but only paying back one-third of what you got for a gig that never even happened?

Seems like a slap on the wrist in Calabasas terms. Now that this is done, we'll hopefully never have to hear the name Billy McFarland again.