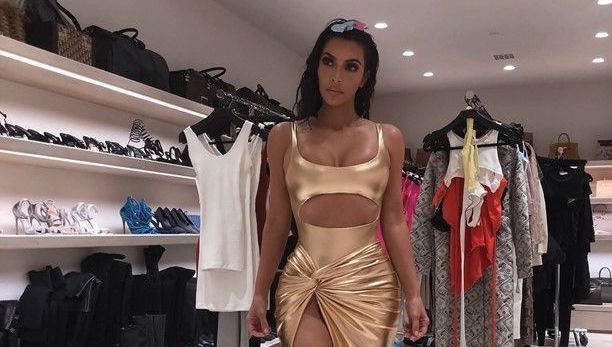 Oh, Missguided. The online retailer is constantly under criticism for its misguided (sorry, not sorry) decisions.

The clothing site has been taken to court by Kim Kardashian West (no, the aspiring lawyer is not representing herself just yet) for using her likeness to sell its products.

In one example, Kardashian West posted a picture of herself in a gold dress and mere hours later, Missguided posted a similar version with the caption: “The devil works hard but Missguided works harder.”

Not defending itself, Missguided was ordered to pay $2.7m in damages and has been banned from using her trademarked likeness again for the sales or distribution of its products.

In a statement, the company said: “We know the view of the Californian court. The legal process has not reached a conclusion.”

Only two days ago, I was privileged enough to wear a one-of-a-kind vintage Mugler dress and in less than 24 hours it was knocked off and thrown up on a site - but it's not for sale. You have to sign up for a waitlist because the dress hasn’t even been made to sell yet.

I’ve watched these companies profit off my husband’s work for years and now that it’s also affecting designers who have been so generous to give me access to their beautiful works, I can no longer sit silent.

It’s devastating to see these fashion companies rip off designs that have taken the blood, sweat and tears of true designers who have put their all into their own original ideas.

For more on why you should never underestimate Ms Kardashian West, click here.

READ MORE: Pussypedia: The Answer To All The Questions You've Ever Had

READ MORE: Why Are Young Irish Women The Most Depressed In Europe?