Love Island 2019 Is Proof That Nice Guys Can Finish First

In a post #metoo world, are we finally over our collective bad boy phase?
by Kate Demolder 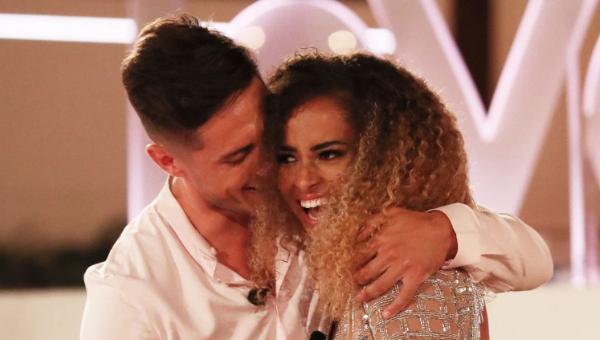 For the first time in what seems like a long time, the British public has (finally) gotten a vote right.

The situation felt decidedly giddy, as Gill and O'Shea – who had entered the villa some 12 days prior – managed to snatch the crown from bookie favourites Molly-Mae Hague and Tommy Fury following a series that saw 36 people walk populate the cast.

Fury and Hague's ascent into Islander royalty felt like it was written in the stars; a mish-mash of declared love, adoption (Ellie Belly) and even moving in together claims.

As well as being aesthetically pleasing, the Boohoo-adjacent pair were suitable winners in the eyes of producers – resulting in primo airtime.

However, you can't deny the allure of an underdog.


That underdog came in the form of rugby-playing, law-studying Limerick man Greg.

The 24-year-old won the nation's hearts by way of honest-to-goodness empathy when he singlehandedly saved mankind by asking the simple question, "and what was your thought process behind that?"

What's more is that Greg seemed to genuinely like and respect Amber, with no ulterior motives of fame-hungry ambitions lurking in the background. They also appeared to be able to make each other laugh – a disappointing rarity in the Majorcan villa.

A recent Michigan State University study entitled 'Why Mr Nice Could Be Mr Right' claims that the key to relationship happiness could be as simple as finding a nice person.

“People invest a lot in finding someone who’s compatible, but our research says that may not be the end all be all,” said Bill Chopik, associate professor of psychology and director of MSU’s Close Relationships Lab. “

"Instead, people may want to ask, ‘Are they a nice person?’. That matters way more than the fact that two people are introverts and end up together.”

If you reckoned Love Island was a neverending succession of women calling out men for treating them as disposable beings, you would be right. Yet Greg – despite his young age – was above all of this.

Trending today: Kim Kardashian Is Working On A Documentary About Prison Reform

He was himself, quietly self-assured, with no need to showboat. Your mammy would love him.

His tenure kicked off following the brutal dumping of Amber by hulking firefighter Michael Griffiths (“CHALDISH,” he jibed, as women across the country spontaneously combusted in rage) – showing that nice guys are both worth waiting for, and can even finish first.

“That perfect balance of honesty and sass / and of course we can’t forget about your gorgeous ass,” Greg intoned to Amber as a nation shrieked with a mix of mortification and patriotism.

His intentions were pure and unlike his counterparts (Michael, Danny, Jordan), he prioritised his partner's feelings above all else.

What also made him stand out was his sheer authenticity. In a world that appreciates Tommy Fury's aggressively mawkish odes, Greg discussed the absurdity of the Balearic simulation and how his friends back home would soon destroy him for his antics.

When compared with the divisive Curtis Pritchard, Greg evoked the charm of a run-of-the-mill, as opposed to a spit-shined dandy. It was this, paired with Amber's sorely recognisable heartbreak that propelled the two into the reality TV stratosphere.

And so it came to pass that an anti-showboater and heartbroken beauty rose to the top.

A win for the nice guys, the good lot and the ones that would call your Dad sir. Take note.

READ MORE: What To Watch Now That Love Island Is Over