The broadcast regulator has said all complaints about the episode were ‘assessed under generally accepted standards’. 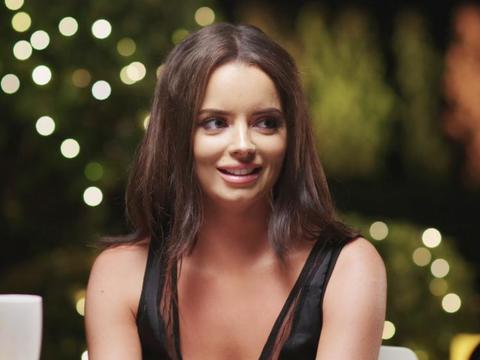 It's the brash, punchy straight-talking Maura Higgins that's had this season of Love Island talking.

From Amy Schumer to Leo Varadkar to every midlands resident the country has ever known, the Ballymahon-native has questionably known fame like it.

However, it was Thursday night's viewing which arose a topic with which Maura fans are all too familiar – consent.

The episode opened with Maura sulking when her show partner dancer Curtis Pritchard halted her advances to partake in sexual endeavours.

The pouting followed into the next day when Higgins slated Pritchard to friends, calling him out for his seemingly indecent behaviour – by not giving in – the night previous.

Some weeks ago, Ofcom announced that it would not be investigating the 700+ complaints made about the Love Island episode which saw Maura Higgins try to kiss Tommy Fury.

The episode saw Higgins pursue Fury by attempting to kiss him several times all while he dodged her advances. The media watchdog said it had assessed the 726 complaints about the episode which aired on June 14 but would not be investigating them further.

Of the 726 complaints received, the “vast majority” – 709 – were from viewers who alleged Maura had “sexually harassed” Tommy by trying to kiss him on multiple occasions, Ofcom said.

They said the incident, which was broadcast on 14 June, didn't breach TV's "generally accepted standards".

"While we recognise that many viewers disapproved of a contestant's behaviour in this episode, we took into account the context in which it occurred, including the nature of Maura and Tommy's relationship, before and after," a spokeswoman said.

However, Ofcom is still considering whether to investigate the show over other controversial moments.

Last year saw more than 2,600 complaints about the treatment of Dani Dyer. Interestingly, we see only a third of complaints issued when it's a male victim.

The law surrounding consent is a grey issue in general. When introducing a man as the victim, it's blurred beyond belief.

Situations where men are coerced into engaging in sexual activity beyond their control – although considered 'rape' in the eyes of the law – have been given the title of Forced-to-Penetrate Cases, as no legal term has yet been ascribed to it.

Commonly quoted rape statistics are usually based on anonymous surveys, rather than actual reports of the crime, since rape is widely acknowledged to be a vastly underreported crime. The problem is that these surveys are still often founded on the legal definition of rape – a definition which, in many countries (including England), explicitly excludes the possibility of a female perpetrator.

A more gender-neutral, but still problematic definition used by several countries and bodies – including Ireland and the FBI – is that rape is about the “penetration” of the victim’s body.

Trending today: If Anything, Love Island Has Taught Us About Gaslighting

This definition, unfortunately, leaves out cases in which a victim of sexual violence is “forced to penetrate” their attacker (if anyone is confused about the mechanics of this, it’s worth noting that male erections are, contrary to popular belief, involuntary reactions to physical stimuli, and an unwilling man can be forced to maintain an erection). Some studies, however, do use a genuinely gender-neutral term, that term being “sexual coercion”.

Sexual coercion is when tactics like pressure, trickery, or emotional force are used to get someone to agree to sex. It can be as simple as encouraging someone to have a few too many drinks, or it can hide inside threats like "I'll leave you if you don't sleep with me."

But no matter what form it takes, sexual coercion isn't just "a part of life" — it’s manipulative at best, and at worst, it’s abuse.

What's interesting is that we read the situation differently when it's a man or woman partaking in the coercive tactics. Long gone are the days when women speaking about sex was as scandalous as pregnancy out of wedlock, but are we still making allowances for women who don't follow basic rules of sexual decency?

The bottom line is that if you have said “yes” to sexual advances when you didn't really want to, know that you may have been sexually coerced, that there is no excuse for what happened to you, and that what happened was in no way your fault.

If you have been affected by any of the issues raised in this article, the following organisations may be able to help: Dublin Rape Crisis Centre, Rape Crisis Network Ireland, Niteline.