What Love Island Is Teaching Us About Michael, Curtis And Temptation

Two weeks into a rather tepid fifth season, we were finally being given our first real dose of on-screen drama. 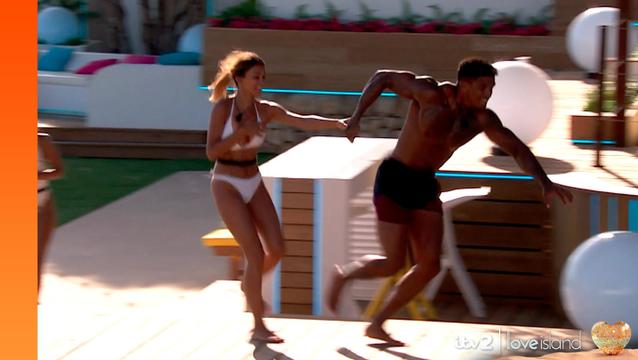 ITV's Love Island can be viewed in a lot of ways.

Mindless entertainment, a social experiment, a deep-dive into modern sexuality or simple marketing ploys all among them.

But what's interesting about the lusty Camp David is that it pinpoints exactly our cultural relationship with a number of talking points; fame, decency, youth, class and commonplace arousal.

Like Megan Barton-Hanson before her, Longford-native Maura has been met with widespread criticism, once again raising the questions about how we view female sexuality.

While eyeing up boxer Tommy Fury, she laughed to fellow new girl Elma Mazer: "I swear to God, the things I would do to that man... I can hear myself screaming his name," proudly announced that she had "fanny flutters" (coming soon to a t-shirt near you) from looking at him, and then proceeded to suggestively shove a huge piece of banana down fireman Michael Griffith’s throat as his love interest Amber Gill looked on with steam coming out of her ears.

However, Maura is learning the hard way that you can be too sexy for reality television.

While many viewers at home live in an era where women can be as open about their sexuality as they like, in the Love Island setting, female talk is all about "girl code" rather than feminism. There isn’t much room for a girl who might turn your man’s head with her seductive ice lolly tactics.

Another thing is that we are all products of the Darwinian race.

While contestants who stereotypically populate this show are all typically good looking enough to front a Missguided campaign, the general consensus seems to be that Instagram has played a heavy part in their collective appearances. Long gone are the days when Britons were synonymous with tattered bangs and crooked teeth, nowadays the villa is alive with the sound of Fake Bake.

However, it appears that when the stereotypical structure of 'manliness' is introduced, no one can compare. 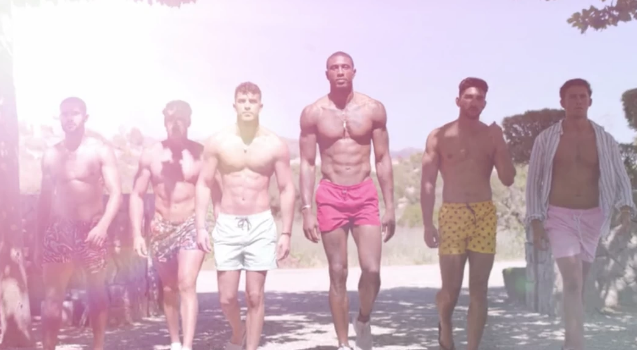 Enter, Ovie Soko. The 6ft7 demi-god who plays professional basketball and owns everything he touches. As someone who isn’t usually swayed by tallness, I have met my match.

Ovie is so gargantuan that his mere presence has left us aghast. I'm pinning this down to natural instinct, linking his total enormity to my eventual saving and our fifteen fertile children. He gets what he wants and my pituitaries must allow it.

Also benefitting from genetic luck is George, a stalwart of the Avian Race. His sculpted jaw and flaxen locks have once again taken collective gazes by storm, with almost every woman in Casa Amor commenting on his structurally sound physique. Lesson learned, mass sells.

The final takeaway we've clambered from show execs is that other halves can, sadly, rarely be trusted when offered with temptation. The nation's collective heart broke when thinly veiled 'good guy' Michael discussed relationship problems with a girl of his fancy. Similarly, Majorca wept for Jordan when Anna essentially declared love for the Most Enormous Man.

But most shocking of all is that of Curtis Pritchard of Dancing With The Stars fame. While his descent from Villa angel to Daybed demon has been a long time coming, his slow and measured upset of half-girlfriend Amy has divided fans. Some believe – considering his reality television roots – that he's simply vying to stay relevant for the £50,000, but the way he's going about it has collapsed his once unshakable fanbase.

Similarly to Michael, both men have let both public doubt and sexual temptation rule, proving once again that both Amber and Yewande were right to remain guarded in the beginning.

In summary; men are trash, women enjoy sex too and enormous males boast advantages that were as relevant in the 1800s as they are now.

You either die a chiselled demi-god or live long enough to see yourself become a Boohoo ambassador.

READ MORE: Could #Spon Issues Risk Contestants Getting Kicked Out Of The Love Island Villa?