In recent times, toxic masculinity has become a catchall explanation for male violence and sexism. 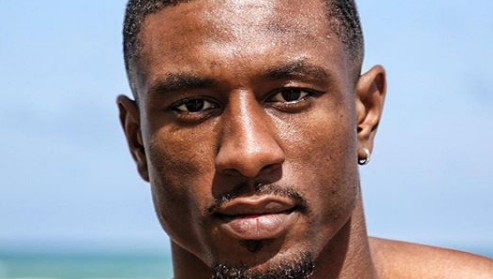 The appeal of the term, which distinguishes “toxic” traits such aggression and self-entitlement from “healthy” masculinity, has grown to the point where Gillette invoked it back in January in a viral advertisement against bullying and sexual harassment.

A predictable conflict has accompanied the term’s rise.

Many conservatives allege that charges of toxic masculinity are simply an attack on manhood itself, at a time when men already face challenges at higher rates such as mental health issues and suicide.

Meanwhile, liberals contend that the detoxification of masculinity is an essential pathway to gender equality. Amid this heated discourse, newspaper and magazine articles have blamed toxic masculinity for everything from rape to murder to Brexit.

Over the past 30 years, as the concept has morphed and changed, serving as a barometer for more localised applications of the term, such as 'lad banter', stiff upper lips and dismissive conduct.

When an objectively good-looking professional basketball player entered the Love Island villa, it was more than just viewers who were shocked to discover that it was actually his emotional maturity that's caused him to resume rightful residency as the villa's epicentre.

However, batting for the good guys is one Ovie Soko – whose goodness is as much experienced by the forlorn female villa residents as it is the men.

Anna: Ovie gives off so much negative energy.

Somehow, his inner security has transformed the pressurised container that is the Love Island Villa into a sheltered environment, allowing those around him to regain a glimpse of big-picture mentality and sense of self.

A job once championed by former villa hero, Michael, Ovie has swooped in where Michael failed us and has become the villa voice of reason.

In fact, when Anton Danyluk quite clearly disrespected his partner, Belle Hassan, on multiple occasions, Ovie was the only islander to step forward and explain the toxicity of 'lad banter'.

"There's a thin line between being a class clown and knowing when to say "my missus wouldn't have it"," he told Anton after his confrontation with Belle.

Fallen angel Amy Hart – who dealt with deep emotional pain on a tangible level – revealed on a recent stint on Loose Women that Ovie voiced an opinion that allowed her to finally feel comfortable in her decision, despite the heartbreak.

His compassionate responses are almost Pavlovian at this stage, as seen in Tuesday night's episode when he grabbed Amber's hand and spoke with Michael openly to break tension.

Perhaps his most obvious shattering of the patriarchy and all of its cruxes is that of his physical manifestation of emotion when having to vote best friend George out.

His ability to cry on screen, unashamedly and without apology was so important to see, especially given the ITV2 shows largest demographic is 18-24-year-olds.

In short, the 6'7" muscleman is the role model none of us thought we needed. Perhaps his whole presence is a social experiment with the sole purpose of gauging public reaction to the world's most well-constructed man.

Either way, it's working. And here's hoping that when it comes to a time that men are being cloned, Ovie Soko is the template on which they are all inspired.

READ MORE: Love Island And The Power Of Himpathy