Don't you know your mother is watching? 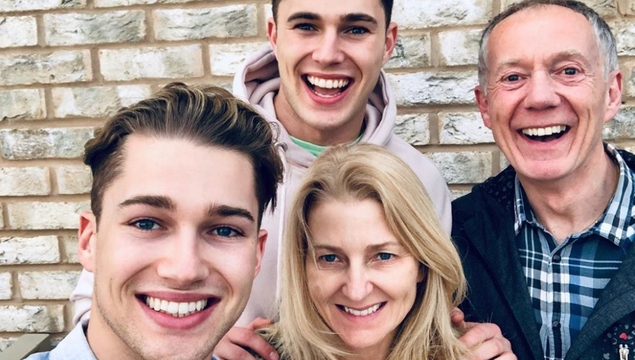 You either love it or love to hate it, but, either way, the past two months you’ve probably found yourself talking about the show a lot and, as such, scrutinising the contestants.

After the tragic suicides of ex-islanders Mike Thalassitis and Sophie Gradon, however, the conversation this year has also widened to include scrutiny of the show itself. After all, The Jeremy Kyle Show was axed a few months back just days after a guest committed suicide following their appearance.

But why does Love Island get more allowances? Well, probably because the show appears to now be taking the wellbeing of its contestants more seriously.

Another day... Which means one thing... Another episode of love island朗朗 #Loveisland #teammichael

Back in May, ITV issued a statement about Love Island’s revised duty of care processes (this includes a minimum of eight therapy sessions after leaving the villa, as well as psychological help being available throughout their time on the show), which described changes to the show as a necessary and natural evolution of policies in line with the show’s growing popularity. But with an emphasis on caring for the mental health of contestants, it’s obvious that many of the new strategies implemented are in direct response to Gradon and Thalassitis’ deaths.

Measures such as the use of psychological consultants throughout the show and post-show therapy sessions for contestants all point towards a serious upheaval in the way Love Island both cast and care for the young people who end up on the show. And while some points – such as “cast are told they should consider all the potential implications of taking part in the show and work through this decision-making process in consultation with their family and those closest to them” – simply seem like vague attempts to shift any culpability should contestants find themselves struggling in the aftermath of being on the programme, others are genuinely practical ways to make the villa a safer place, which we could all perhaps learn from.

Couple GOALS! 殺Tag your bae Also tell us what their couple name should be! #teamamz #loveisland2019

When Amy Hart first entered the villa, she, like the rest of us, presumed she was signing up for a summer of love. But sadly, as so many contestants learn, the villa was not for her. If you cast your mind back to what feels like a million months ago, Amy was happily coupled up with 23-year-old ballroom dancer, Curtis Pritchard. However, in the post explosive Casa Amor the show has ever seen, Amy quickly learned that her summer romance wasn't all she had thought it was. Curtis admitted to trying to recouple with the new girl, Jourdan with the further revelation that he can't say his "head won't be turned again" and the pair left it at that, with Amy visibly upset as she stormed away.

Fast forward a couple of days and after being removed from the villa for 'emotional support',  Amy made an emotional exit from Love Island after she decided that her mental health would be affected if she stayed to see her former partner building a relationship with another woman.

But this isn't something that only impacts the Love Island contestants. It's easy to forget that in between the gel nails, lip fillers and super-tight jeans that these 20-something singletons are sons and daughters.

Following Amy's departure, Curtis became a target of abuse online. However, the islander is currently in the Love Island villa meaning he is completely unaware of what's going on in the outside world, including the public's opinion of him. But one person who is subject to this hate? His dad.

Adrian Pritchard had to watch son Curtis become a hate figure earlier this month. Speaking to The Daily Star, he revealed that it's not easy being the father of an islander:

But proving that they take the care and wellness of their show very seriously, Adrian also revealed that Love Island producers offer counselling for the parents too.

The people at ITV say to us, ‘If there’s anything that’s worrying you, ring us, whatever the problem might be’.

Producers are also keeping loved ones informed if anything controversial or sensitive happens in the villa. Curtis had a string of meltdowns earlier this month and dad Adrian was informed about it before they aired on TV.

I don’t think the general public are aware, but ITV are always in touch when something significant is going to air on the show that they feel might concern you.

One small step for ITV, one giant leap for ending the stigma surrounding mental health.

READ: Is Love Island Fake? Do We Care?