Controversial 'Marry-Your-Rapist' Bill To Be Introduced In Turkey

Critics argue the legislation not only justifies child marriage and statutory rape but endorses child abuse and sexual exploitation. 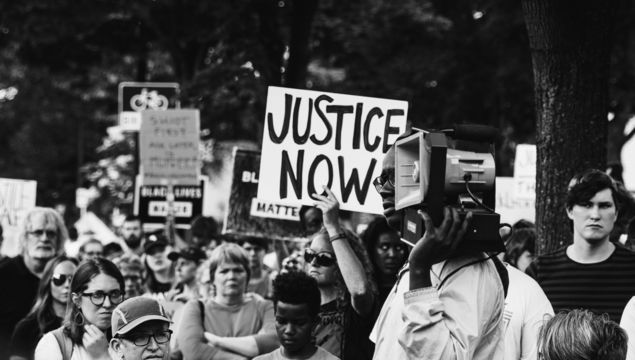 A law which would allow men accused of having sex with girls who are under 18 to avoid punishment if they marry their victims is set to be introduced to parliament in Turkey.

The controversial legislation – dubbed colloquially as the “marry-your-rapist” bill – is set to be introduced at the end of this month, according to The Independent.

Should the legislation pass, it's believed that child marriages and statutory rape would be wholly legitimised while also paving the way for child abuse and sexual exploitation.

It's also understood that, should the law pass, paedophiles will be granted amnesty for raping children.

Opposing the bill is Turkey's People Peoples’ Democratic Party (HDP), which is calling for the government to axe the bill as  “a duty of humanity”.

The United Nations have also condemned the bill saying, “If adopted in its current form, the draft Bill would weaken Turkey’s ability to combat sexual abuse and child marriage.”

Child marriage is a controversial topic in Turkey, with some of the country's elite supporting the exercise wholeheartedly. Former president Abdullah Gul famously married a 15-year-old girl when he was 30.

The practice is closely linked to teen pregnancy; in developing countries, nine out of 10 births to adolescent girls take place within a marriage or union.

The legal age of consent in Turkey is 18. But according to a 2018 Turkish report regarding child marriage in Turkey, a total of 482,908 girls were married in the last 10 years.

A similar bill was defeated in Turkey in 2016 after mass mobilisations of women’s organisations in opposition to the “child rape law.”

“Marry-your-rapist” bills have posed issues internationally before, as familial pushes in the name of protecting family “honour” prove utmost importance.

In the past, some form of the law which was prevalent in many middle-eastern countries and North African countries has now been repealed. Article 227b of the Tunisian Penal code, also known as the “article of shame” was repealed in August 2017.

In 1999, Egypt repealed a similar law and Morocco overhauled its existing law in 2014.

However, violence against girls and women is common in Turkey.

The Independent reports that 38 per cent of Turkish women are known to have suffered physical or sexual violence from a partner according to the United Nations.

READ MORE: Contraceptive Pill To Be Made Free Of Charge To Irish Digital Pharmacy Members

READ MORE: Direct Provision Is The Magdalene Laundries Of Our Time