The Belfast-born academic and former President of Ireland for two terms has long been vocal about LGBTQ+ rights and the influence the Catholic Church has in Ireland. 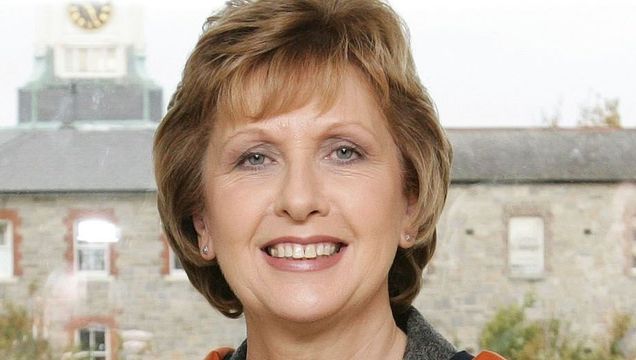 Former President of Ireland Mary McAleese has stated that the Catholic Church's teachings on homosexuality “empowers the homophobic bully”.

McAleese, an award-winning Catholic academic, trained barrister and former Pro-Vice-Chancellor at Queen's University Belfast, recently took up a role as Professor of Children, Law and Religion at the University of Glasgow – a role which spurred her on to discuss the "damaging" effects of Catholic teaching.

Speaking with David Watters on his podcast Dive In...With Watters, McAleese – a practising Roman Catholic – described the Church's teachings on sexuality as "intrinsically evil", further mentioning that their stance on homosexuality is damaging to the LGBTQ+ community.

“The Church’s teaching on homosexuality is ignorant, it is unreconstructed in the light of science, it’s sad to say," she said.

"Because the church insists we love the sinner but we reserve the right to condemn the sinned.

"Well, I don’t think you can have it both ways because in condemning the sin, Look at the language that is used – ‘the homosexuality is disordered’.

"Who wants to believe that their God-given nature is disordered? That homosexual acts, how they express their love in a loving relationship, for example, through whatever sexual activity they engage in, that that is regarded as intrinsically evil? I don’t think so.

"It gives him or her permission to be homophobic and I think the church has got to answer that.”

She also called on the Church to answer for its hypocrisy on homosexuality and the dysfunction it causes by actively encouraging its homosexual priests to live a lie.

"It also has to answer the awful hypocrisy that allows it to ignore the fact that so many of its ordained priests are closet gays who cover up the fact they are gay by being fake hetero, fake straight and actively encourages them to live a lie," she said.

"That is an appalling situation, can you imagine the loneliness of that? The dysfunction of it?"

This isn't the first time the former president has called out the Catholic Church.

Back in 2018, she hit out at the forthcoming Pope Francis visit, condemning the World Meeting of Families event as a "right-wing rally", describing the Catholic Church as “an empire of misogyny” and “one of the last great bastions of misogyny”.

McAleese also described a ban on women priests as “codology dressed up as theology”.

READ MORE: Ireland’s First Report On Abortion Shows That Some Women Are Still Forced To Travel