The QCT has held weekly discussions about fairness, justice and equality, and on July 1, the Duke and Duchess of Sussex joined the video conference where challenging unconscious bias was a key part of the conversation.
Irish Tatler Staff 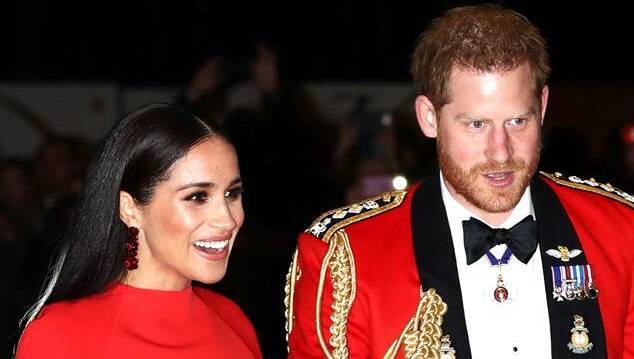 Meghan Markle and Prince Harry said we must all acknowledge the "uncomfortable" past of the Commonwealth, as they tell young campaigners "it's not going to be easy" but the world must "right those wrongs".

The couple spoke about this in a recent video conversation about the fight for equality with young leaders from across the world linked to the Queen's Commonwealth Trust (QCT).

Harry serves as president of the QCT while Meghan is vice-president — positions they have kept on following their departure from their frontline royal roles.

In the video conversation, Meghan and Harry spoke with Chrisann Jarrett, QCT Trustee and co-founder and co-CEO of We Belong; Alicia Wallace, director of Equality Bahamas; Mike Omoniyi, founder and CEO of The Common Sense Network; and Abdullahi Alim who leads the World Economic Forum's Global Shapers network of emerging young leaders in Africa and the Middle East.

“We can’t deny or ignore the fact that all of us have been educated to see the world differently," Harry said during the conversation.

"However, once you start to realize that there is that bias there, then you need to acknowledge it, you need to do the work to become more aware … so that you can help stand up for something that is so wrong and should not be acceptable in our society today.”

Harry, whose grandmother is head of the Commonwealth, said there is "no way that we can move forward unless we acknowledge the past".

“We’re going to have to be a little uncomfortable right now because it’s only in pushing through that discomfort that we get to the other side of this," Meghan added.

The couple then shared their hope for a better future driven by young people and a new generation of leaders.

“It’s not just in the big moments, it’s in the quiet moments where racism and unconscious bias lies and thrives," Megan explained. "It makes it confusing for a lot of people to understand the role that they play in that, both passively and actively.”

Harry said that the Black Lives Matter movement has allowed for people to recognize “the wrong” in the world, adding that ” this is the moment when people are starting to be listened to.”

Meghan continued on to say that the couple would do “everything from our end,” to help the young people — with Harry stressing his age adding that it was in the hands of the younger generation now.

“That’s not ageing,” his wife interjected.

Watch the entire call below:

READ MORE: A Black Fashion & Beauty Collective Has Been Formed To Create A "Glam Union" For Black Creatives