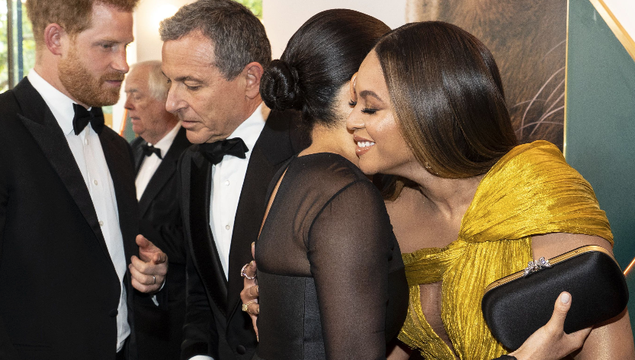 Prince Harry and Meghan Markle stepped onto the yellow carpet over the weekend for the UK premiere of The Lion King. There, the royal power couple were greeted by the only other couple in the world on their level, Beyoncé and Jay Z.

Beyoncé and Meghan went in for a hug, and in that very moment, feminist tectonic plated collided to create an earthquake consisting of empowerment and good taste. Didn't you feel it? 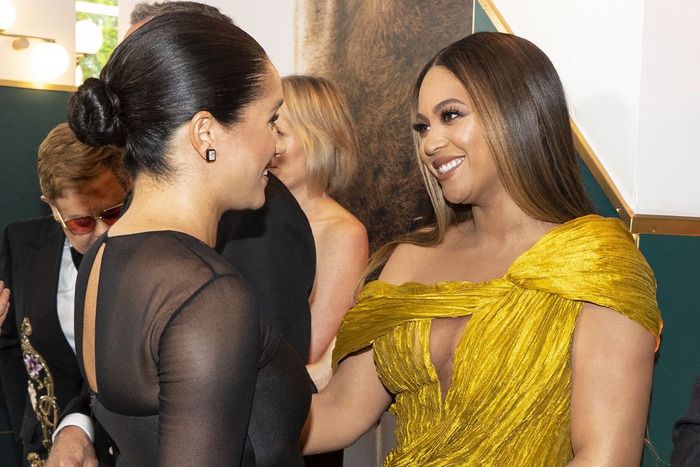 As Beyoncé and Meghan hugged and linked arms, Jay Z could be heard congratulating the Duke and Duchess on their new arrival, Archie Mountbatten-Windsor, while Queen Bey remarked that their two-month-old was "so beautiful".

According to Sky News, Beyoncé also told the Duchess: "We love you guys." 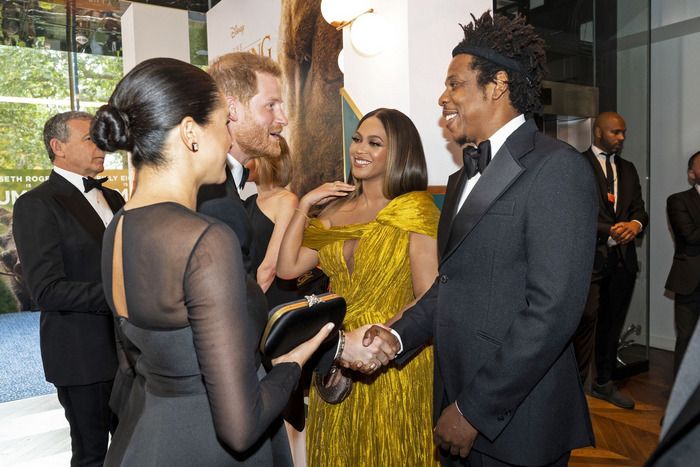 As the couple chatted about their children, Jay Z then dished some parenting advice, saying: “The best advice I can give you [is to] always find time for yourself.”

Harry then commented that the musical couple must be a very busy pair, to which Beyoncé replied: "A little bit. No more busy than you guys."

Beyoncé and Meghan have made no secret of their admiration of one another. At last year’s Brit Awards, the internet went into meltdown when Jay and Bey staged their acceptance speech directly in front of a hyper-realistic portrait of the Duchess bejewelled and wearing a crown.

Thank you to the Brits for the award for Best International Group. I won this award back in 2002 with my besties, Kelly and Michelle. How lucky am I to have been in a group with my other best friend, the GOAT Hova.  In honor of Black History Month, we bow down to one of our Melanated Monas. Congrats on your pregnancy! We wish you so much joy.

While Meghan has walked many red carpets in her time, this was her first one since she became a member of the Royal Family. The couple attended the premiere in support of Protect the Pride, a new conservation campaign that aims to raise awareness and protect the rapidly depleting population of lions in Africa. The last 25 years have so far seen more than 50% of the lion population perish due to poaching and the destruction of their environment.

Prince Harry has been an ongoing advocate for conservation in Africa. The Lion King is said to one of the Prince’s favourite films, with Elton John even performing a live rendition of ‘Circle of Life’ at their wedding reception last year. 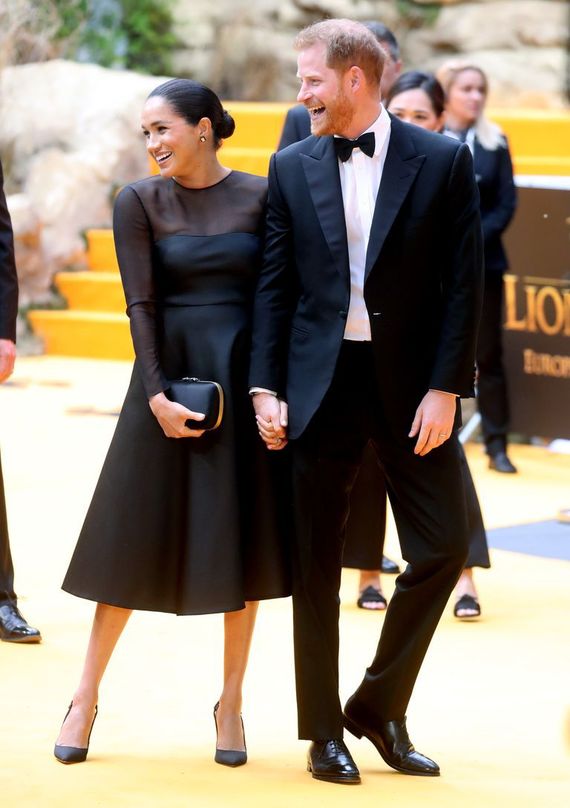 Harry and Meghan will be taking Archie to South Africa for their official visit in the autumn. The duke will also carry out solo engagements to Angola, Malawi and Botswana.

READ: How Meghan Markle Is Single-Handedly Saving The Royal Family

READ MORE: Who Have Meghan and Harry Chosen As Godparents To Baby Archie?