And handpicked an Irish activist to feature on the cover! 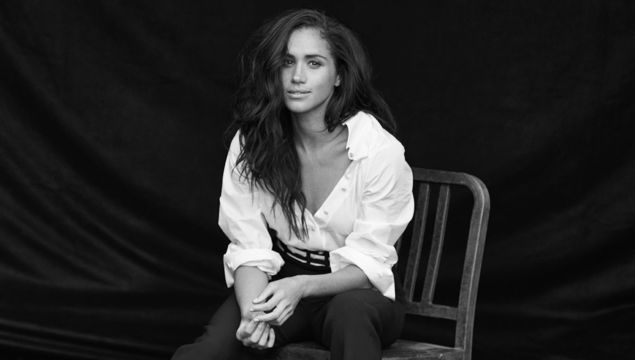 And the magazine is none other than the September issue of British Vogue.

In a history-making move and true to feminist form, Meghan Markle has been recruited to serve as guest editor of the September issue of British Vogue, choosing 15 women making a difference in the world to grace the magazine’s “Forces for Change” cover.

For the past seven months, she has been working on the September edition, which will include a conversation between Michelle Obama and the Duchess of Sussex.

“These last seven months have been a rewarding process, curating and collaborating with Edward Enninful, British Vogue’s Editor-in-Chief, to take the year’s most-read fashion issue and steer its focus to the values, causes and people making impact in the world today,” Meghan said in a statement.

And according to reports, Meghan Markle was a very hands-on collaborator during the creative process.

From selecting the cover stars (one of which is Irish activist and previous Irish Tatler WOTYA winner, Sinead Burke) to choosing the photographer, the Duchess - who became the first guest editor of the September issue in the magazine’s 103-year history - made her thoughts heard throughout the magazine curation.

Famed photographer Peter Lindbergh revealed to People magazine that his "instructions from the Duchess were clear: ‘I want to see freckles!’ ” when he recalled the phone conversation he had with Meghan on the morning of the New York shoot. He said

“Well, that was like running through open doors for me. I love freckles,”

Lindbergh was an obvious choice for editor Meghan as he was the photographer for her own Vanity Fair cover story, just after her relationship with Prince Harry was confirmed in 2016.

Among the group of Meghan's chose few are actors and models, politicians and authors, and advocates for everything from mental health to diversity and climate change and voting rights - all of which she seems to have a personal connection with.

Diversity advocate Sinead Burke met the Duke and Duchess of Sussex during their visit to Ireland last year.

The cover features a photo of each woman, as well as a mirror to “include the reader and encourage them to use their own platforms to effect change,” according to a statement from British Vogue.

Read More: Hang On, Why Is Kate Middleton  On Public Trial For Getting Botox?