Meghan Markle, the Duchess of Sussex, and Prince Harry are now odds on to announce a second royal baby in 2020.
Irish Tatler Staff 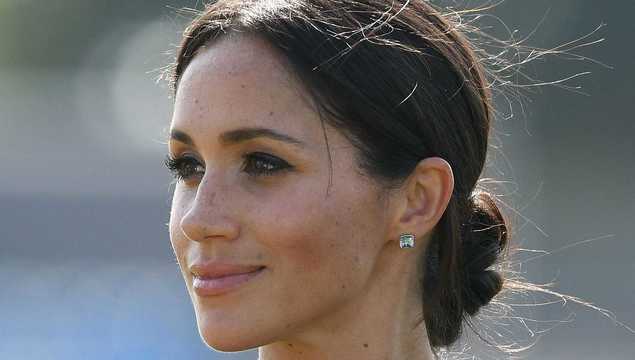 Could Archie have a new brother or sister on the way?

The Duke and Duchess of Sussex welcomed their first child together in May of last year, with Prince Harry revealing since that the couple are hoping to have more children.

"I’ve always thought: This place is borrowed. And surely, as intelligent as we all are or as evolved as we all are supposed to be, we should be able to leave something better behind for the next generation."

Since the comments, Meghan has unsurprisingly been on baby number two watch, with people convinced that another baby announcement from the Sussex family is on its way.

Rumours went so far as to suggest that Prince Harry’s wife was in hiding, in attempts to hide her growing bump.

One such instance that was questioned was this photograph of the Sussexes released on New Year’s Eve, showing Prince Harry cradling Archie in his arms.

Another tangible reason Royal Family fans have jumped the gun is that betting intelligence sites, bookmakers.tv and Coral have just slashed the odds of Meghan announcing a second baby this year from 4/6 to 1/5 and released odds of 1-3, respectively.

Coral’s Harry Aitkenhead said: “We think that Prince Harry and Meghan Markle are almost certain to add to their family in the next eighteen months or so.”

Thirdly, eagle-eyed followers of royal behaviour believe that a new baby could be on the way is down to the way that Markle has been dressing.

We know the Duchess likes to recycle her clothes. She's often seen repeating outfits in an attempt to share the importance of slow fashion.

However, more recently, attention has been drawn to the fact that Meghan has been specifically recycling some of her maternity clothes. 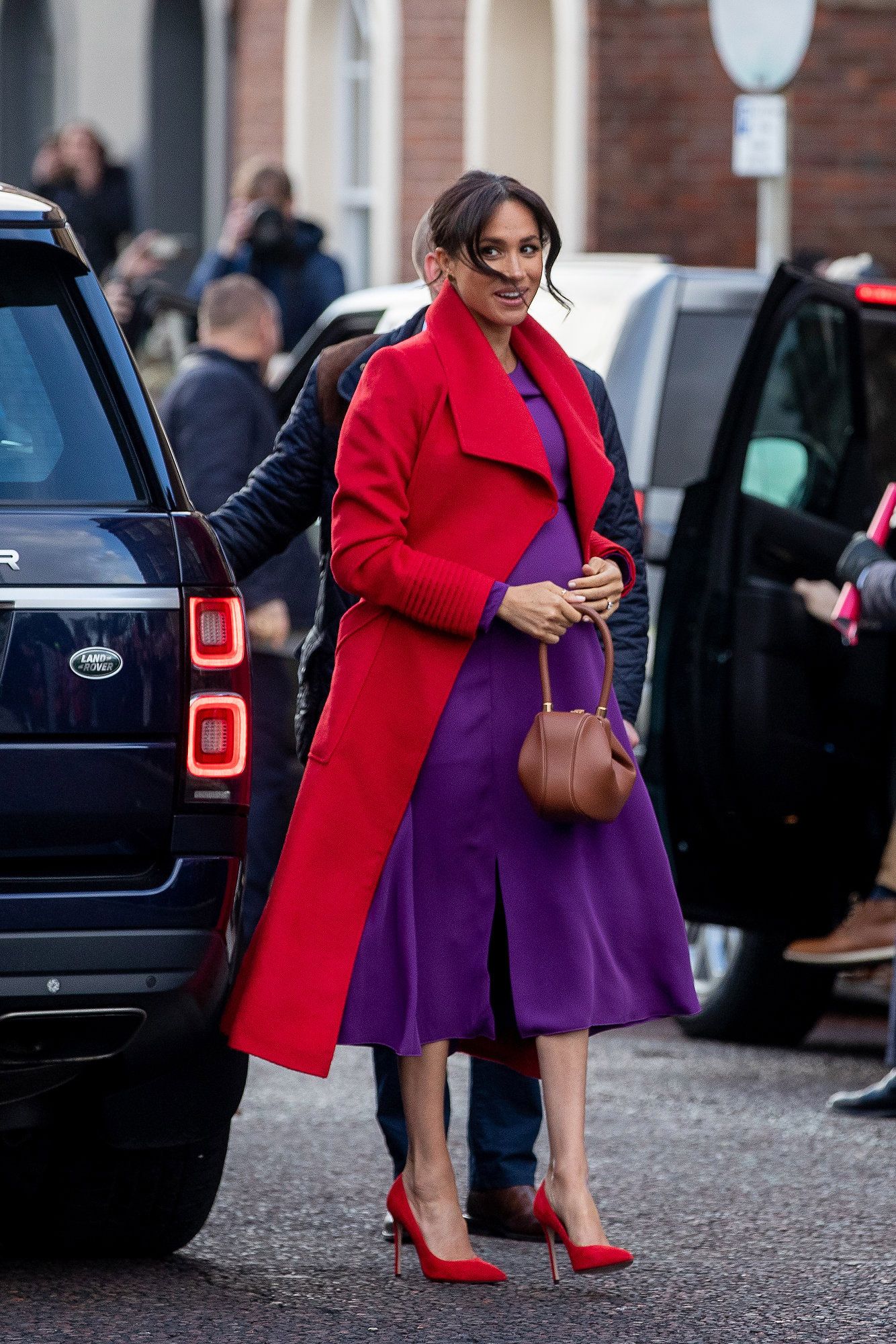 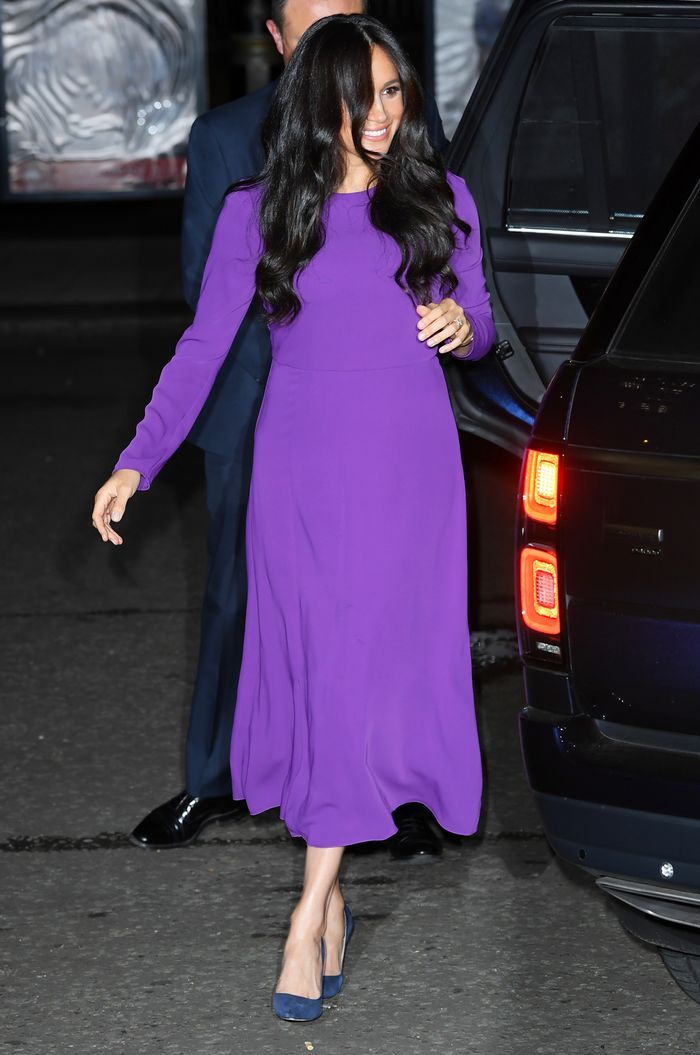 During the Sussexes tour of Africa, Meghan re-wore a shirt dress she first donned while pregnant on the royal tour last Autumn.

Also in South Africa, Meghan chose a khaki striped maxi dress by Aussie designer Martin Grant for one engagement - also worn for the first time during her official visit to Australia last year. 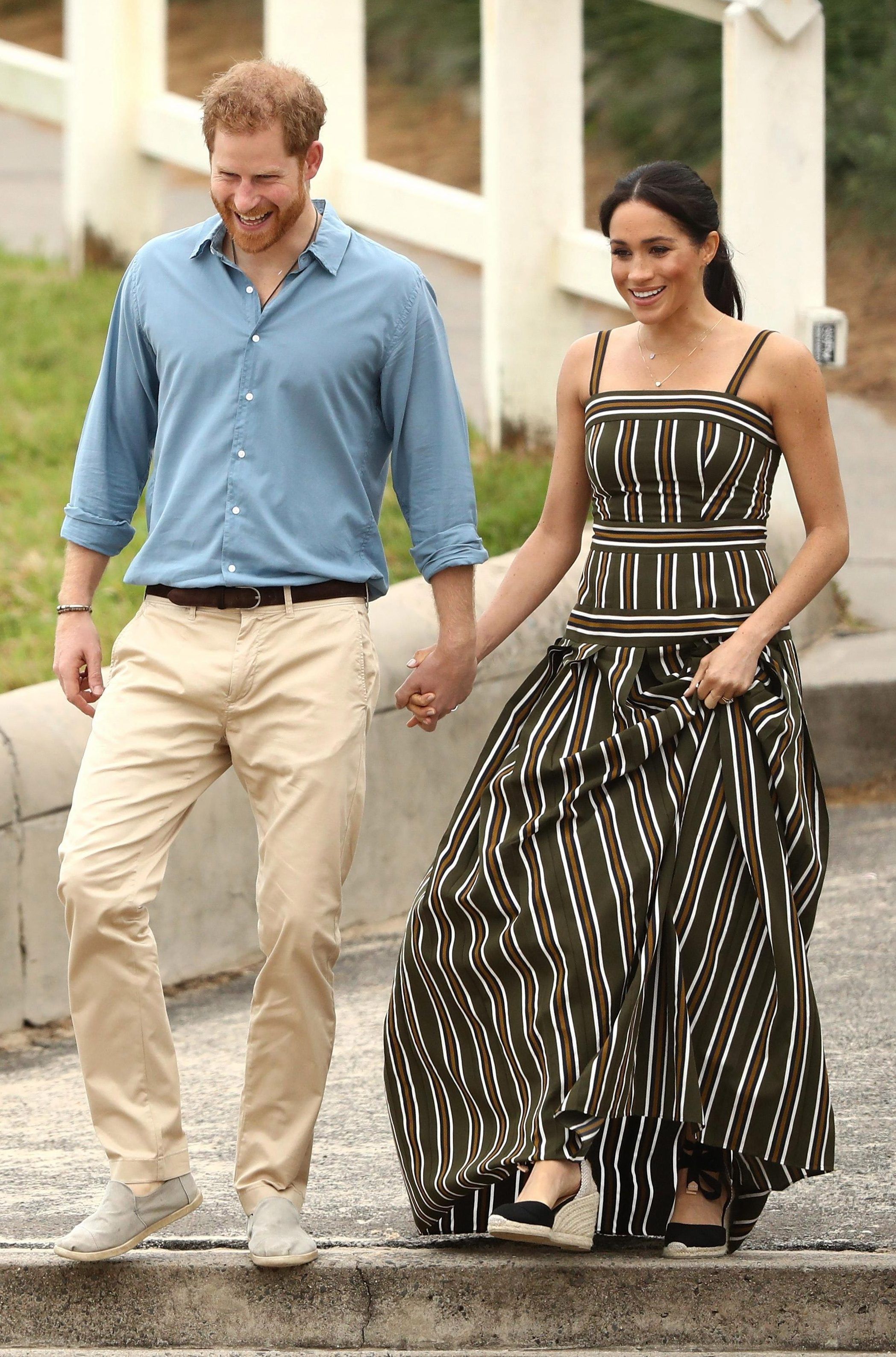 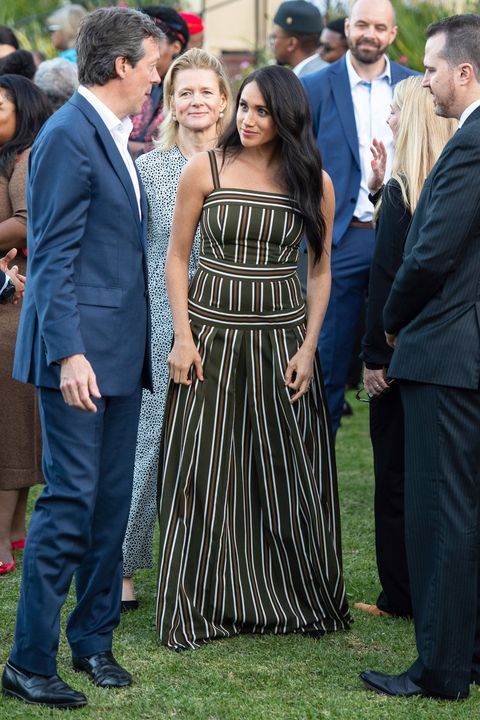 While, of course, the new mother may just be getting good use out of her recently purchased maternity wear, insiders believe that the arrival of another royal baby could be announced any day now.

Fourthly, royal fans think Prince Harry and Meghan Markle could be expecting baby number two after the Duchess was pictured with her hand placed over her belly at recent events.

The royals all attended the Festival of Remembrance at the Royal Albert Hall, and Meghan and Harry were pictured on the balcony.

‪This evening The Duke and Duchess of Sussex accompanied Her Majesty The Queen and members of @TheRoyalFamily to the annual @RoyalBritishLegion Festival of Remembrance. This special event, which has taken place every year since 1923 at the @RoyalAlbertHall, commemorates all those who have lost their lives in conflicts.‬ • ‪This year’s Festival marked the 75th anniversary of a number of crucial battles of 1944, with a particular emphasis on the collaboration and friendship of the British, Commonwealth and Allied armies who fought them. A unique tribute was given to acknowledge those involved both past and present, culminating in a special parade of some of the last surviving veterans who fought and served in 1944.‬ • ‪Their Royal Highnesses, who last year attended their first Festival of Remembrance together, were honoured to once again pay tribute to all casualties of war and remember those that have made the ultimate sacrifice for their country.‬ ‪#FestivalOfRemembrance ‪#WeWillRememberThem‬ Photo © PA / Royal British Legion

Of course, there's absolutely no concrete evidence that Meghan is pregnant, and we know she always looks glowing no matter what, but Prince Harry did seem to drop a hint at the end of last year that a new baby Sussex could be imminent.

During a visit to the military families with Meghanin November, Harry appeared to have children on the brain after asking parents what it would be like to add a second baby into the mix.

“Harry was really quite interested in how things were with second children as well, because we both have older children,” Susie Stringfellow told Forces Network.

She added: “We were trying to encourage him to have a second baby."

Finally, and perhaps the most concrete clue of the lot –– Paul Burrell, Princess Diana’s former assistant, spilt intimate opinions Life & Style about a future Sussex baby, along with an outline of all the reasons he thinks Meghan will get pregnant sooner rather than later.

“I think that Meghan will have a baby very soon,” he said.

“(A) The clock’s ticking. (B) She wants at least two children. And (C) Have you not noticed the way she knots everything in front of her belly and tries to hide her tummy?”

“Watch this space. It won’t be long before you hear that Meghan is having another baby,” Paul added.