Meghan Markle Gets Emotional About Press Intrusion In Documentary Footage

Meghan Markle has spoken on camera for the first time about the toll that the intense press intrusion has had on her life, behind the scenes.
Irish Tatler Staff 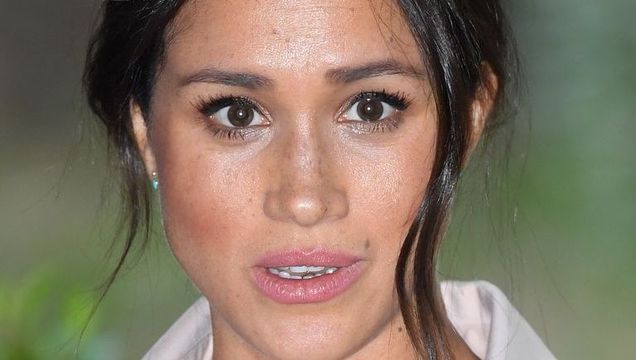 "Not many people have asked if I’m ok ... it’s a very real thing to be going through behind the scenes."

In a newly released clip from an upcoming interview with ITV's Tom Bradby – set to be aired in the documentary Harry and Meghan: An African Journey this weekend – The Duchess of Sussex grows visibly emotional when asked about the extreme media scrutiny she experienced throughout her pregnancy.

'And also thank you for asking, because not many people will have asked if I'm OK,' Meghan added. 'But it's a very real thing to be going through behind the scenes.'

Bradby then clarifies that she has not been feeling alright and that it has been a 'struggle' to adjust to this new way of life, Markle pauses poignantly before answering, 'yes'.

"Not many people have asked if I’m ok ... it’s a very real thing to be going through behind the scenes."

Meghan reveals to ITV's @tombradby the intense media spotlight has left her struggling to cope while becoming a mum #HarryAndMeghan https://t.co/Uy21iE6ozJ pic.twitter.com/kZqhZV66OL

'Look, any woman, especially when they're pregnant, you're really vulnerable,' said Meghan. 'And so that was made really challenging, and then, when you have a newborn, you know?'

The interview was filmed around the same time that the Duke and Duchess of Sussex announced that they were taking legal action against the Mail on Sunday during their royal tour of Africa.

The prince launched an extraordinary personal attack on the British press and their relentless berating of his wife, saying he could no longer be a “silent witness to her private suffering”.

'I lost my mother and now I watch my wife falling victim to the same powerful forces.'

The ITV documentary will also see Harry address the media’s impact on his personal life and how it serves as a constant reminder of the attention his mother endured during her later years.

When questioned by Bradby about whether he is ‘at peace’ following Diana’s death, the 35-year-old said that her passing continues to be a ‘wound that festers.'

Harry: “With the role, with the job, and the sort of pressures that come with that I get reminded of the bad stuff, unfortunately.”pic.twitter.com/whBHcNE9Ow

‘It takes me straight back, so in that respect it's the worst reminder of her life as opposed to the best.’

Harry & Meghan: An African Journey will air on ITV at 9pm on Sunday 20 October.