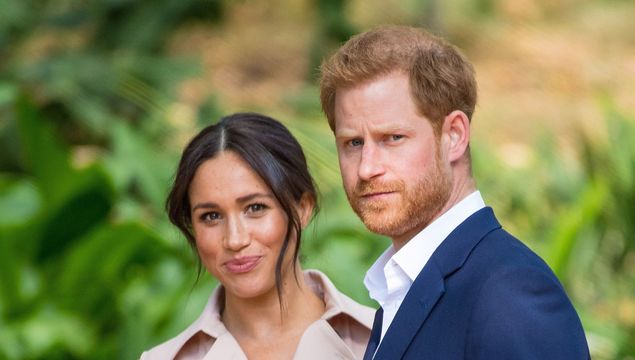 Meghan Markle allegedly felt "unprotected by the institution" of the British Royal Family when it came to defending herself in the press, new court documents reveal.

Markle's lawsuit against The Mail On Sunday – and subsequently, their publishers, Associated Newspapers Limited – was first filed in October 2019, over the misuse of private information, infringement of copyright and breach of the UK's Data Protection Act 2018.

The legal action is a direct result of the publication printing excerpts from correspondence between herself and her estranged father, Thomas Markle.

The news of the lawsuit was announced via an online statement on the couple's official website, in which Harry launched an extraordinary attack on the British tabloid press.

"Unfortunately, my wife has become one of the latest victims of a British tabloid press that wages campaigns against individuals with no thought to the consequences – a ruthless campaign that has escalated over the past year, throughout her pregnancy and while raising our newborn son."

Referencing the publishing of correspondence between Meghan and her father, Harry added that "this particular legal action hinges on one incident in a long and disturbing pattern of behaviour by British tabloid media.

"The contents of a private letter were published unlawfully in an intentionally destructive manner to manipulate you, the reader, and further the divisive agenda of the media group in question."

Per the BBC, the latest court documents state that, amid her pregnancy, the Duchess "had become the subject of a large number of false and damaging articles by the UK tabloid media, specifically by the Defendant  [Associated Newspapers Limited], which caused tremendous emotional distress and damage to her mental health."

It is further stated that several of Markle's friends "had never seen her in this state before" and that they "were rightly concerned for her welfare, specifically as she was pregnant, unprotected by the Institution, and prohibited from defending herself.”

Additionally, the documents also claim that "it was mandated by the [Kensington Palace (KP) Communications Team] that all friends and family of [Markle] should say 'no comment' when approached by any media outlet, despite misinformation being provided to UK tabloids about [her]."

This amounted to frustration between her friends and family over being silenced when false rumours were spread in tabloid media.

A large portion of the court documents also refer to an article published by People Magazine that included anonymous interviews with several of Markle's friends in which they defended her against claims made in Mail on Sunday's controversial report.

The Mail on Sunday claims that Markle must have known about the interview prior to publishing, whereas Markle claims that she was unaware of the article until Prince Harry showed her the day it was published and that she did not know which of her friends were involved until "a considerable time later."

It is further stated that Markle believes the palace's firm "no comment" position may have been the impetus for her friends to seek out People.

"It is probably because of this reason, as well as concerns about the press intrusion by the UK tabloids, that a few friends chose to participate, and they did so anonymously," the docs state.

The trail over the lawsuit between the Sussexes and the publication is expected to begin later this year.