Not an easy feat, considering theirs was the biggest wedding of the year 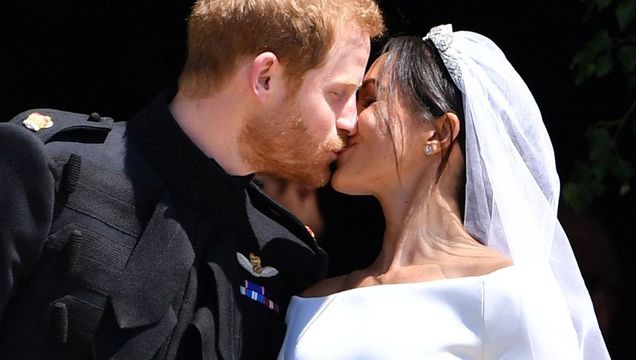 Quite the achievement with 600 guests and the whole world watching.

We may have waited over a year to hear more about Meghan Markle and Prince Harry's fairytale royal wedding, but finally, in an audio guide created by the bride and groom for the exhibit immortalising their special day, A Royal Wedding: The Duke and Duchess of Sussex, we got what we'd been waiting for.

The Duke and Duchess of Sussex personally recorded the audio guide that accompanies the exhibit, which has now moved on from Windsor Castle to the Palace of Holyroodhouse in Scotland, so visitors get to hear from the royal bride and groom themselves about the big day.

Giving a rare insight into the couple's big day, Meghan says on the recording, per InStyle, "A great level of detail went into the planning of our wedding day,”

“We knew how large the scale of the event would be, so in making choices that were really personal and meaningful, it could make the whole experience feel intimate.” 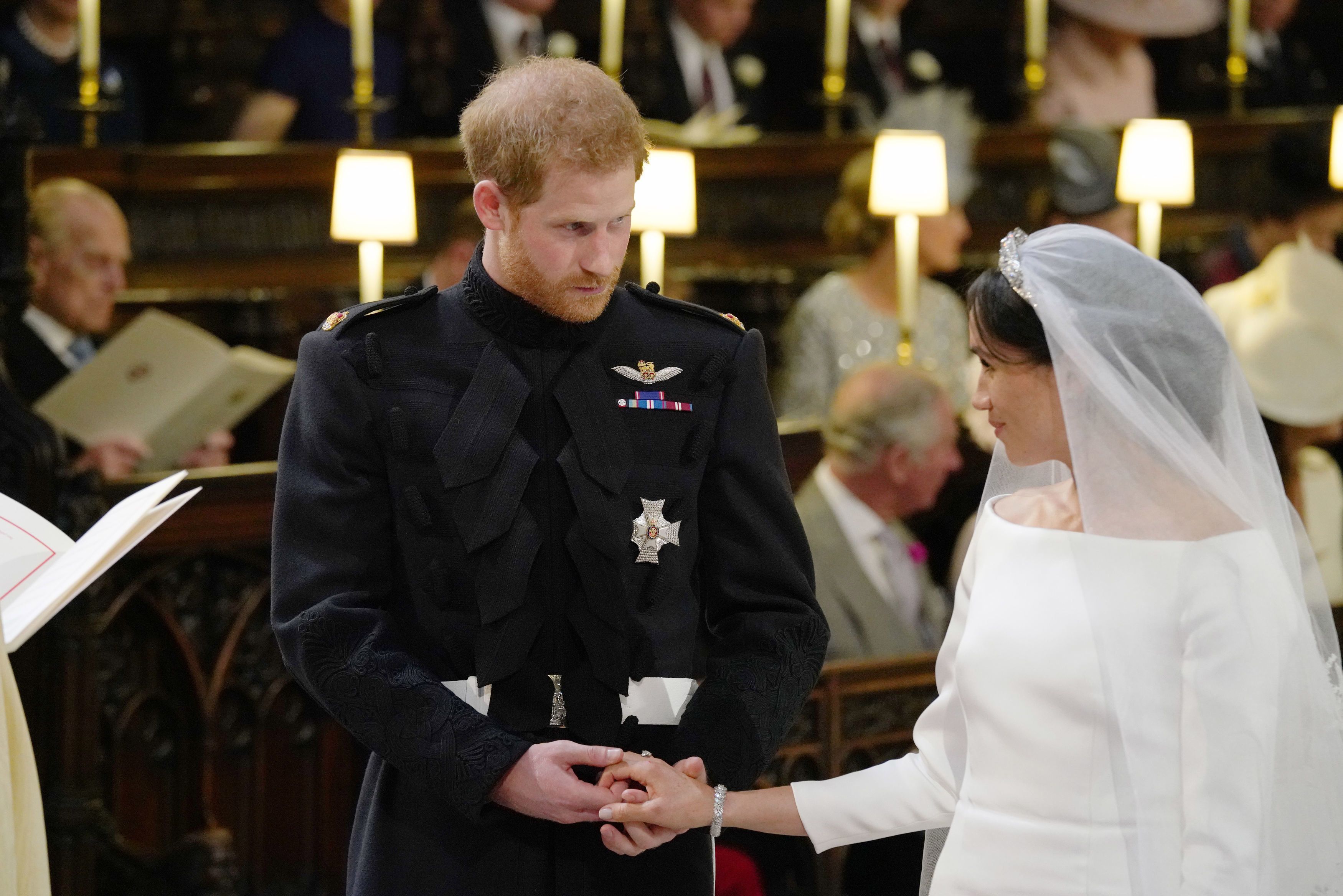 Not an easy feat, considering theirs was the biggest wedding of the year.

Despite there being 600-plus guests at present for the nuptials at St. George’s Chapel in Windsor Castle, personal touches were clearly important to the Duchess.

In addition to Meghan’s bespoke wedding dress and veil created by Clare Waight Keller, artist director at Givenchy, visitors will also get to see the sparkling diamond and platinum bandeau tiara lent to Meghan by Queen Elizabeth for the royal wedding.

Also on display is the groom’s outfit — Harry’s uniform of the Household Cavalry (the Blues and Royals) made by Dege & Skinner on London’s Savile Row.

“I chose the frock coat as a uniform, with permission from my grandmother, because I think it’s one of the smartest Household Cavalry uniforms,” Prince Harry says about what inspired him to pick that particular uniform. “It’s one of my favourites, and I was very fortunate to be able to wear that on the day." 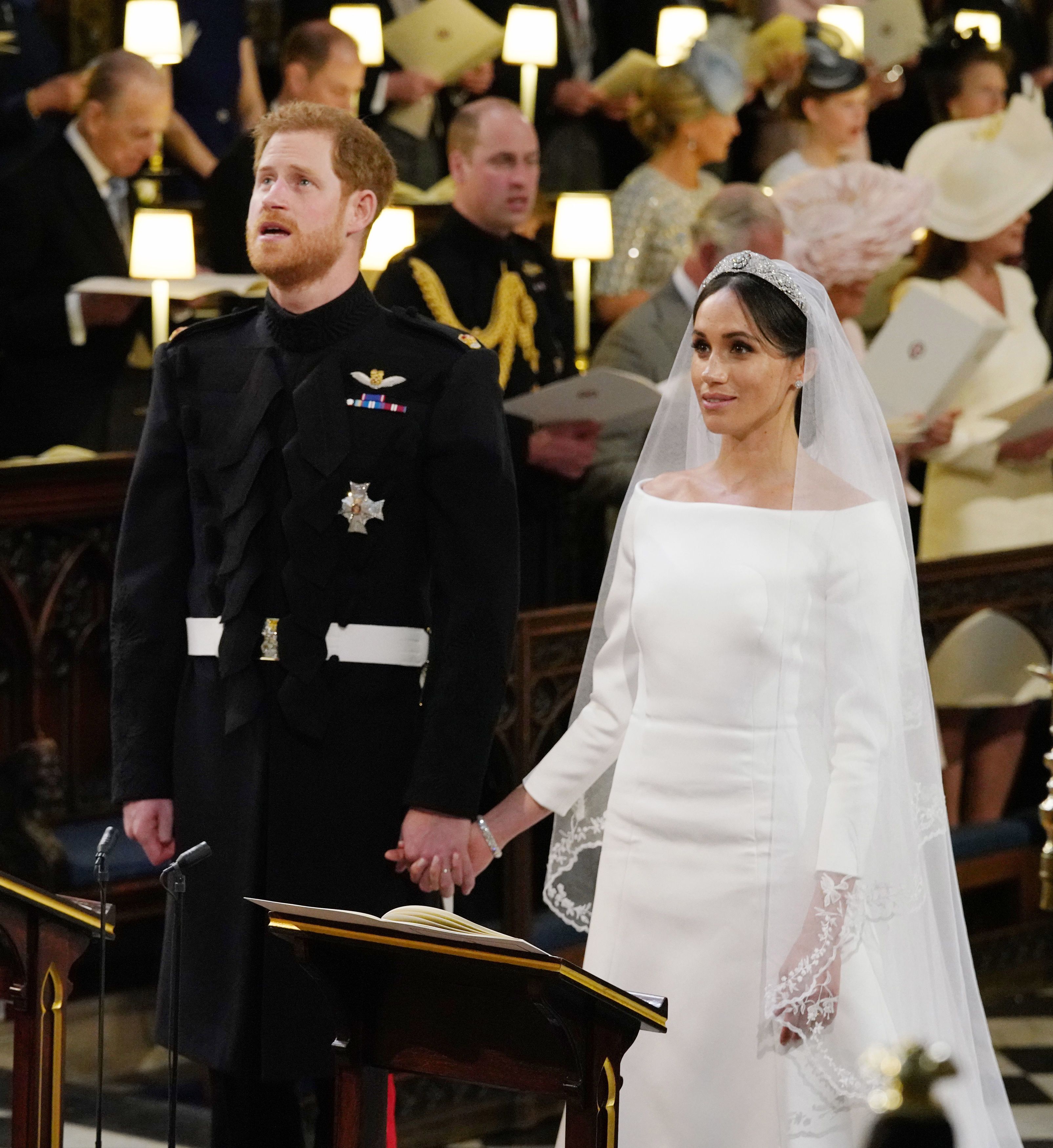 Rounding out the display are Prince George and Princess Charlotte’s adorable page boy and bridesmaid outfits.

On the day, Princess Charlotte, who wore an ivory dress by Givenchy with shoes by Meghan’s go-to shoe designer Aquazurra, and had a personal touch on her outfit – the soles of her shoes are embroidered with her initials and the wedding date.

As their page boy, Prince George wore an exact replica of Harry’s uniform, it too reflecting the couple's sense of nostalgia, with his initials “GC” embroidered in gold thread on the epaulettes, which Meghan reveals was Harry’s idea. “Such a beautiful keepsake for them,” she says.

Harry also pokes fun at his young bridal party. “We had 10 bridesmaids and page boys under the age of 7, which everybody says is impossible to have them behaving, but they did it!” 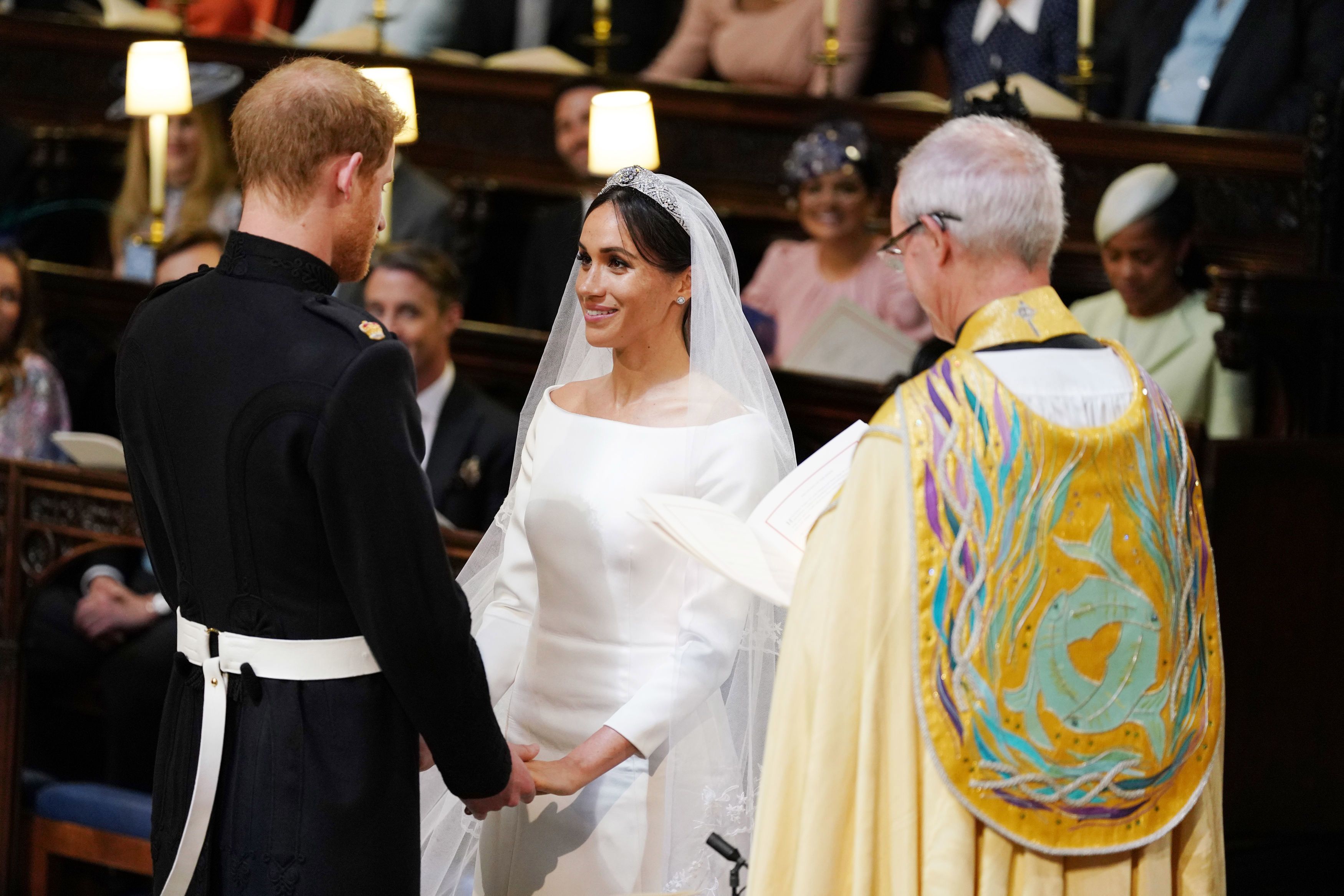