Meghan And Harry Are Officially No Longer Royals

Earlier this year Harry and Meghan announced they would be stepping back from royal duties and working to become financially independent.
Irish Tatler Staff 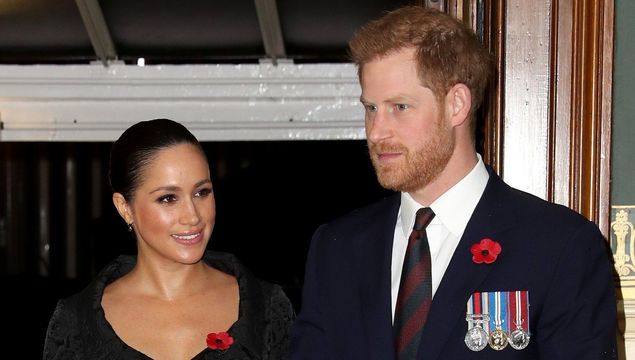 The Duke and Duchess of Sussex will step down as senior royals from 31 March, a spokesperson for the couple has said.

This arrangement – which will see Harry and Meghan no longer continue to carry out duties on behalf of the Queen – will be reviewed after 12 months.

This follows a decision made by the couple earlier this year which announced that they were to 'make a transition this year in starting to carve out a progressive new role within this institution.'

As per their January statement, the couple intends to obtain financial independence.

TRENDING TODAY: The Foolproof Way To Work From Home With Children

Where will they reside?

The couple will now to split their time between the UK and North America, with their next trip to the UK scheduled for the end of February.

As per their spokesperson, both Meghan and Harry will attend six events in the UK in February and March, including the Commonwealth Day Service on 9 March.

They continued by saying that the Sussexes would continue to work with their existing patronages – such as the London Marathon and the Invictus Games – as they build a plan for engagements in the UK and the Commonwealth throughout the year.

As the couple will no longer be undertaking engagements in support of the Queen, they will not be retaining an office at Buckingham Palace.

Instead, from 1 April they will be represented via their UK foundation, the spokesperson said.

What shall they be called?

The couple will formally retain their HRH titles but will not use them.

The couple will continue to be known as the Duke and Duchess of Sussex, as well as by their titles – the Earl and Countess of Dumbarton and the Baron and Baroness Kilkeel.

The use of the word "Royal" in "Sussex Royal" is under discussion, the spokesperson said, and an announcement on this will be made alongside the launch of the couple's new non-profit organisation.

The couple's foundation applied to trademark the Sussex Royal brand in June of last year.

Harry will retain the ranks of Major, Lieutenant Commander and Squadron Leader.

What will they do?

Both Harry and Meghan will continue their world in the charitable sector, as they work to establish their new non-profit organisation. Further details about this are said to be released later this year.

It's understood that the causes they have previously supported – the Commonwealth, community, youth empowerment and mental health – will remain the same.

Harry's priorities also include the welfare of servicemen and women, conservation and HIV, while Meghan has focused on women's empowerment, gender equality and education.

READ: This Is How Baby Sussex Differs from Royal Babies Past