"We say very clearly today - the North is next.” 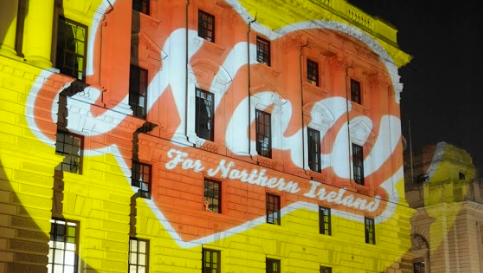 One year ago this weekend, history was made in Ireland.

A piece of legislation which prohibited abortion and forced Irish women to travel abroad for healthcare or risk sourcing dangerous illegal terminations at home was repealed, 36 years after the introduction of a constitutional ban on termination of pregnancies was introduced.

While the Repeal the 8th campaign rejoiced, activists south and north of the border quickly turned their attention to the North of Ireland with the #NowForNI campaign.

After the Eighth Amendment was repealed, the North of Ireland became the only part of the UK and Ireland where abortion is still illegal and punishable with up to life in prison.

As a result of a draconian law, Northern Ireland's abortion laws remain among the most restrictive in the world.

One year on, that situation still stands, and it’s something activists are today putting a – quite literal – spotlight on, with a series of ‘Now For Northern Ireland’ projections lighting up buildings across London, Belfast, Dublin and Glasgow last night. 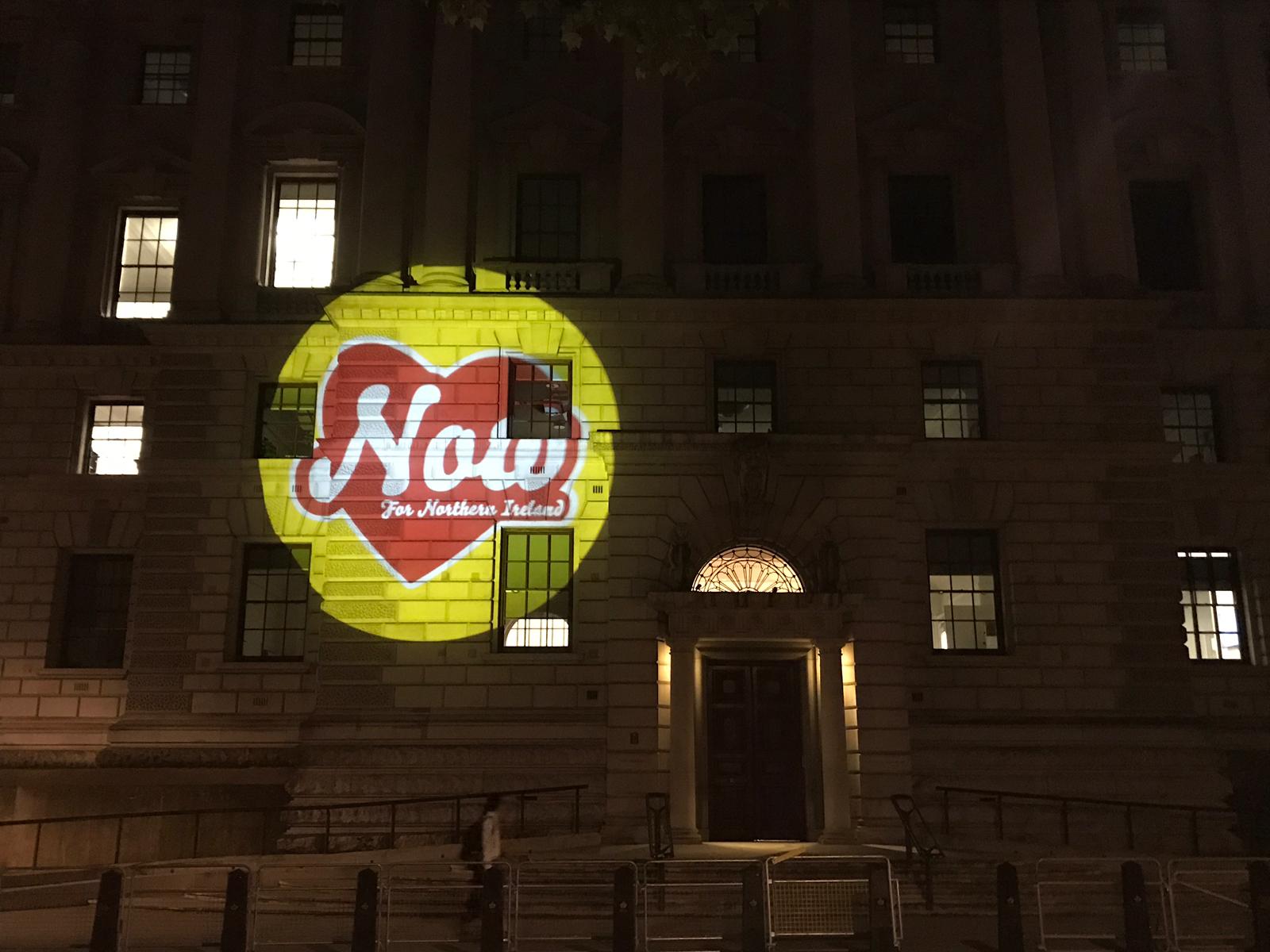 As polling stations across the UK close and word of US abortion laws govern headlines, the images reminding us of a pressing human rights issue closer to home appeared on the site of the Northern Ireland Office in Westminster, The Mac building in Belfast, the Mary Barbour statue in Glasgow, and the Project Art Centre in Dublin – where the original Repeal mural appeared during the campaign.

The projections were the result of a collaboration between Amnesty International and Dublin-based artist Maser who repurposed the Repeal campaign’s heart-shaped branding to instead focus on the legal situation in the North. 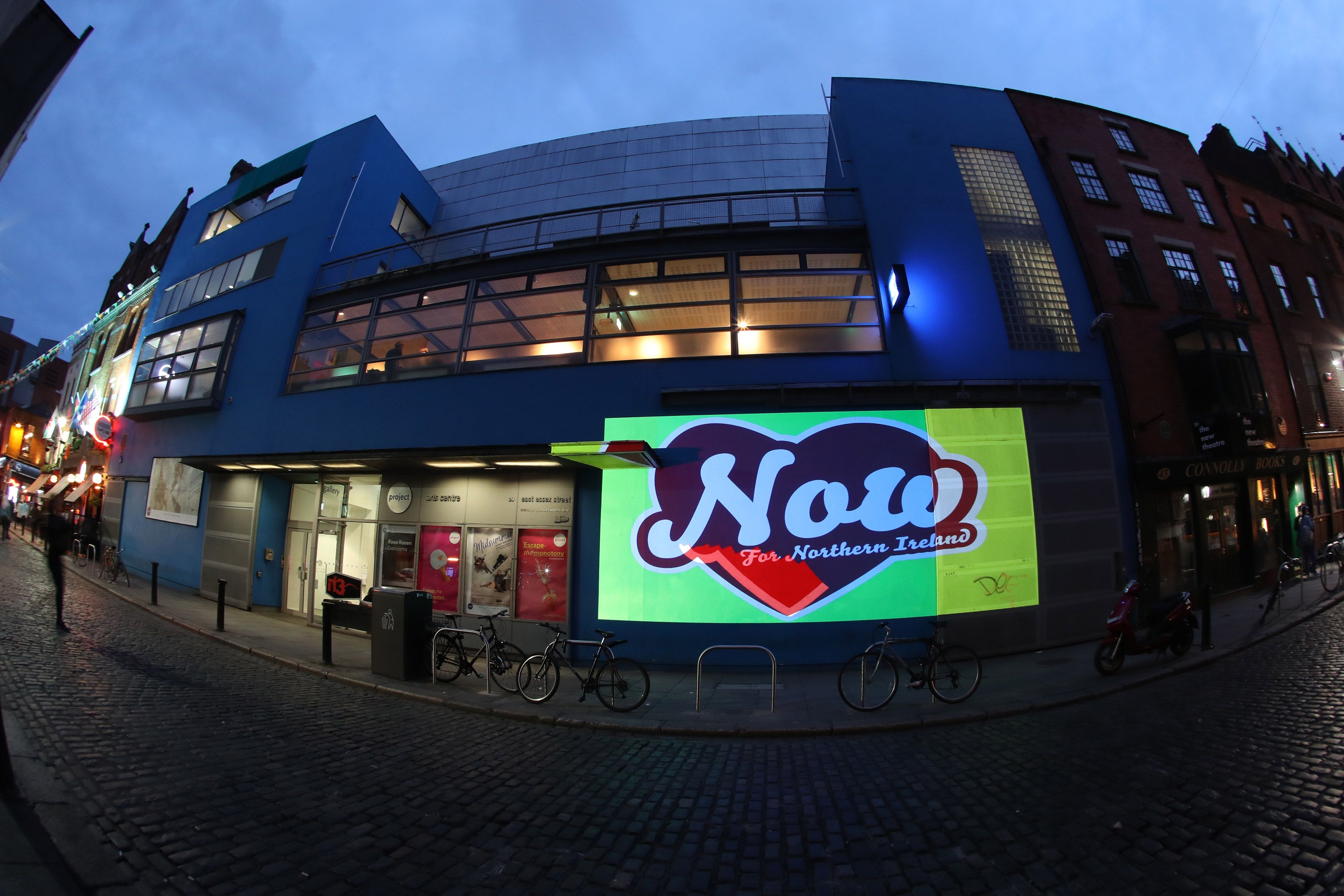 “By consciously making the Repeal artwork copyright free, the public were empowered to take ownership of it, I was a messenger watching from the sidelines,” explains Maser.

“With the people’s fierce collective energy, the artwork built huge momentum and spread across the state.

“Our friends in the North are now on their journey to revoke their outdated abortion laws. I am here to show my alliance. I am your defender.” 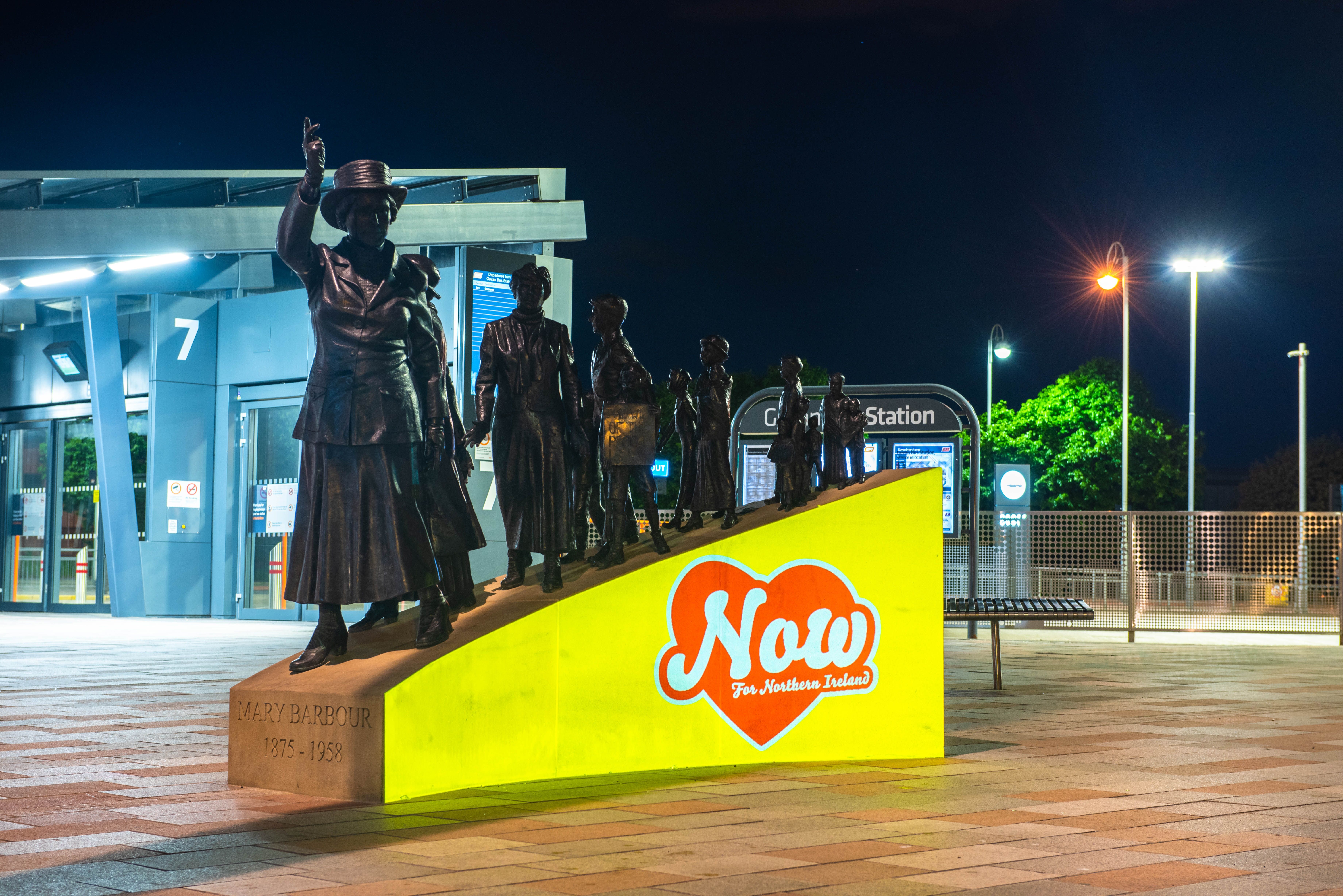 The stunt also attempted to draw attention to the UK government’s total inaction on the abortion issue, which has been ignored for a year as Brexit has dominated the news cycle.

“Whilst dangerous roll-backs on reproductive rights are happening across US states, we must remember that our own Government is forcing its own citizens to live with these cruel laws.

"After Ireland’s vote there was so much hope that the UK Government would then act to change things in the North, but a year later we’re still waiting.”

READ MORE: Looking Back on REPEAL, One Year On