Legislation passed by Westminster MPs in the summer will see a change to abortion laws later this month. 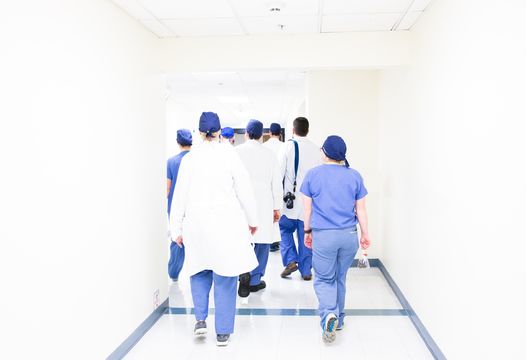 Westminster has published guidelines for medical professionals on abortion law and termination of pregnancy in Northern Ireland.

At present, Northern Ireland has the strictest abortion regime in the UK, with terminations only permitted if the mother's life is in danger or there is a serious risk to her physical or mental health.

However, all that is subject to change barring an unlikely resurrection of Stormont ahead of 21 October.

Once that power-sharing is not restored, the UK Government will take on the responsibility for introducing new regulations to provide greater access to abortions by next April.

This law change is a consequence of a law passed by MPs at Westminster back in July.

READ: What Does The Same-Sex Marriage/Abortion Vote Mean For NI?

In preparation, the Northern Ireland Office (NIO) has published the guidelines for health professionals working in the region.

According to the BBC, they relate to the interim period between decriminalisation and new regulations being implemented from April 2020.

The NIO said there were no plans for abortion services being made routinely available during that time frame.

The case was brought by Sarah Ewart, who was denied an abortion in Northern Ireland in 2013, despite doctors stating her unborn child would not survive outside the womb.

Ewart was told that her unborn child had anencephaly and had no skull.

The NIO continued by saying the guidance aimed to provide clarity on the law framing termination of pregnancy in Northern Ireland.

"It is imperative that health and social care professionals understand these changes and their responsibilities under the law, if the duty comes into effect and the law changes," read the guidance.

It added: "The government recognises the sensitivities of these issues and the strongly held views on all sides of the debate across Northern Ireland, as well as the importance of ensuring women's safety and well-being, and providing as much clarity for the healthcare profession as possible.

"This guidance is intended to be a factual statement of the position in law in terms of the responsibilities of healthcare professionals to their patients ahead of the statutory changes that may come into force on 22 October 2019."

READ MORE: Ahead Of Silly Season – What Does Ireland's Tipping Law Actually Mean?

READ MORE: Paid Maternity And Paternity Leave In Ireland To Be Extended By Two Weeks