In The Absence Of Faith, Has Productivity Become Our New Religion?

In today's always-on world, employees crave any quick-fix that promises a chance at regaining control over their time. 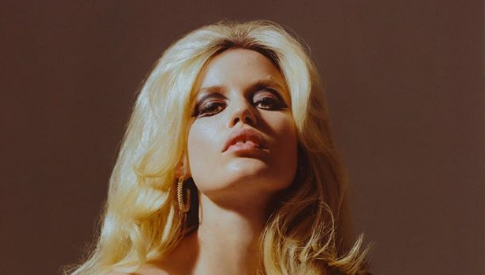 When was the last time you set apart time to do something and solely focused on that alone?

If you’re like most people I know when you finally sit down to tend to anything – be it tying shoelaces or a well-earned tea – you do it at the same time as an array of different tasks.

What remains deeply precarious about our newfound fixation is that it is a rather uninteresting goal. Isn’t peak productivity an oddly deflating cultural ideal, especially when put in comparison with the likes of climbing Everest or finishing symphonies?

How did excessive working become so aspirational?

A more fundamental question than how we can supercharge our productivity is why we place so much importance on doing so in the first place.

First explanations can only take us so far.

Some speak of being overwhelmed at work and of the desire to no longer feel overwhelmed. Others write of the immense satisfaction associated with box-ticking. Still, others refer to the lack of time coupled with a large number of demands placed upon them and hope, as a result of their becoming more productive, that they can have more time to do whatever it is they wish to do.

These explanations can be reduced to two basic kinds.

The first kind implies that much of life is burdened by mental suffering — feelings of being overwhelmed and stressed — that can, through our own concerted efforts, be alleviated or at least coped with by finding the right productivity hacks.

The second suggests that life is an epic battle whose finale would depict a form of satisfaction following from the completion of the most challenging tasks at work.

Just sitting on the curb, basking in the sun in the new @mango #mangoss19 campaign. Mad amounts of love to everyone who made this possible. Big Up’s to @alasdairmclellan and @lynseyalexander #mangonewvoices #ad

Yet neither the desire to lessen our everyday mental suffering nor the pursuit for short-term satisfaction ultimately explains our deep cultural obsession with productivity.

For most people, work time already extends far beyond office hours. We reply to emails en route in, follow the latest trends on social media on the way home before finally networking before bed.

Some are convinced we have to do this to stay competitive at work. It may even be true in some cases.

The recent structural shift in the workplace that we've collectively witnessed since the turn of the century is also at fault here.

As computers became more commonplace, and mainframes showed the awe-inspiring efficiencies of information processing, office workers faced new battles to keep pace with the speed and logic of machines. This paired with the mutually reinforcing appeal of productivity in HR and IT departments, stating that fewer resources are required for a job.

If workers can be encouraged to demonstrate their own efficiency, to see this as a badge of honour, this weakens collective demands for more colleagues to share the load.

In the subculture of productivity, the aesthetics of activity becomes the guiding principle for charting a course that feels something like a career and a purpose.

And, perhaps most importantly, there is the hope of control: The productivity industry offers the promise that IT users can reclaim ownership of their time in today’s always-on workplace.

Feelings like these are becoming a mantra for a disgruntled generation who seek a different future, we just need a little courage to go for it.

READ MORE: Four Irish Women on the Biggest Career Risk They Ever Took