Pharrell's Admission Of Wrongdoing Is A Lesson To Cancel Culture

Looking back and realising you were wrong is one of the few levellers left in our whip-fast modernity. 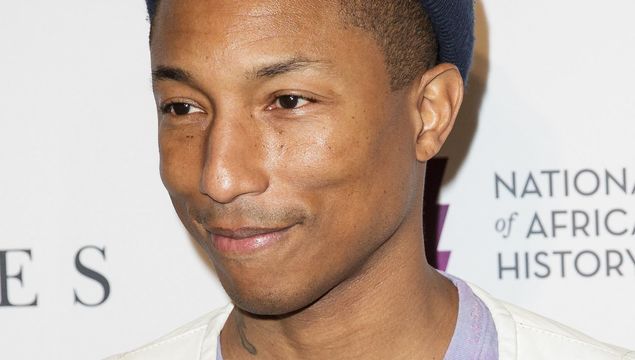 Pharrell Williams has stated that the controversy surrounding Blurred Lines made him realise some of his songs "catered" to a sexist culture.

The singer revealed that, at first, he didn't understand why some people saw the lyrics as "rapey", but later realised that "there are men who use the same language when taking advantage of a woman".

Blurred Lines was criticised by some who claimed the lyrics referred to non-consensual sex.

It was banned at several universities and an advert featuring the song and models from the video was also banned from daytime TV in 2013.

In an interview with GQ, the 46-year-old said he was "born in a different era" and some things that were allowed at the time would "never fly today".

"Some of my old songs, I would never write or sing today. I get embarrassed by some of that stuff. It just took a lot of time and growth to get to that place."

He said Blurred Lines was the turning point for him but he admitted that at first he "didn't get" why the song received such a backlash by some.

The song – which was a collaboration with Robin Thicke – includes lines such as "I hate these blurred lines, I know you want it" and "Must wanna get nasty".

"I realised that there are men who use that same language when taking advantage of a woman, and it doesn't matter that that's not my behaviour," he said.

"It just matters how it affects women. My mind opened up to what was actually being said in the song and how it could make someone feel."

Jadey O'Regan, a lecturer at the Sydney Conservatorium of Music at the University of Sydney, said Williams' comments were positive but that the artist should have known better.

"I think it's very surprising that even in 2013 he didn't seem to realise that the music industry and the culture he was contributing to was a chauvinistic culture," Dr O'Regan said.

Williams had previously defended criticism of Blurred Lines, telling Pitchfork the message had been "misconstrued" in an interview in 2014.

"When you pull back and look at the entire song, the point is: She's a good girl, and even good girls want to do things, and that's where you have the blurred lines," he said.

"People who are agitated just want to be mad, and I accept their opinion."

But in 2018, he told culture website WWD the song would not have a place in today's world.

Some say that Williams' comments are too little too late, but perhaps commenters judging one's criticism of a former self is a little on the nose for the situation at hand.

Must we forever hold ourselves accountable to the mistakes we made distantly?

Despite the fact that failing is presently in vogue, one must always remember and remain tolerant of the fact that unsuccessful initiatives can be the basis of successful development.

Learning and learning quickly is paramount in modern times when year-old imagery and misshapen tweets can cause even the mightiest to tumble.

While it would be nice to be perfect at all times, some of us don't have that luxury.

The failer's punishment will – like all other punishment's – depend on the gravity and weight of the wrongdoing, which is why the Blurred Lines incident is rightfully not being ignored.

However, should we really paint all miscommunicators with the same cancellation status?

The Blurred Lines lyrics and corresponding video have become a lightning rod for discussions about the limitations of musical inspiration. And for those regulations, we are thankful.

But, it seems that forgiveness been entirely eschewed for the far quicker and easier method of total ex-communication.

In a time where many of us can be seen to be sharing memes telling people to talk, do we really not want to listen?

Amazingly, the song's lyrics weren't the only forthcoming problem the producers would then deal with.

The song was previously the subject of a copyright infringement case that concluded last year, with its songwriters having to pay out nearly $5 million to the estate of Marvin Gaye after it was found that their hit shared similarities to the 1977 song ‘Got To Give It Up’.

It was claimed that there had been a “cascade of legal errors” leading to the original decision.

All in all, it appears that the world would have been far better without the hit's making. But, does that not mean we can't learn from it?

READ MORE: What Your CV Needs To Stand Out, According To A Twitter HR Senior