Those Trying To Get Pregnant Should Abstain From Caffeine Entirely, New Study Suggests

In contradiction to official guidance in Ireland, the US and Europe, there is no safe level for caffeine consumption during pregnancy, according to a peer-reviewed study published in the journal BMJ Evidence-Based Medicine. 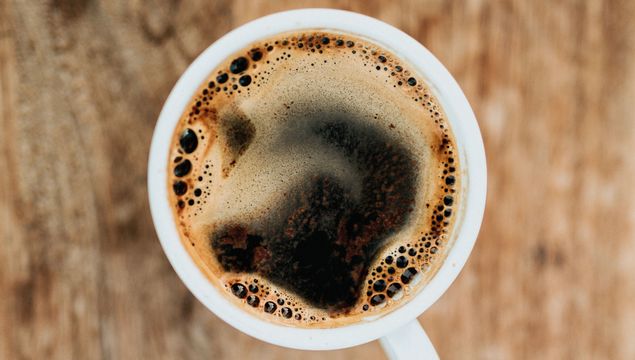 Pregnant people should cut out coffee completely to help avoid miscarriage, low birth weight and stillbirth, according to a new report on caffeine and pregnancy.

It found that 32 of these studies reported that caffeine significantly increased risk of adverse pregnancy outcomes including stillbirth, miscarriage and low birth weight.

Professor James also cited an increased risk of childhood acute leukaemia and children being overweight or obese when born to mothers who consume caffeine during pregnancy.

“Current advice such as that issued by … the NHS [in the UK] is not consistent with the level of threat indicated by biological plausibility of harm and extensive empirical evidence of actual harm," he wrote.

The study was subsequently dismissed by the coffee industry, which urged consumers to stick to the public health advice in the UK, US and Europe that daily caffeine intake equivalent to two cups of medium-strength cups of coffee (200mg) is safe for pregnant women.

Current guidance on the HSE website suggests pregnant women should limit the amount of caffeine they consume to 200 milligrams a day.

A number of experts claim that this amount is fine, with many suggesting that Professor James' study is overkill.

“The findings of this study add to the large body of evidence that supports limited caffeine intake during pregnancy, but pregnant women do not need to completely cut out caffeine, as this paper suggests," said Daghni Rajasingham, consultant obstetrician and spokesperson for the Royal College of Obstetricians and Gynaecologists.

“As the study notes, high levels of caffeine during pregnancy can lead to miscarriage and babies having a low birth weight and may lead to excess weight gain in the child’s early years, which can increase risk of health problems later in life.

“However, as other – and potentially more reliable – research has found, pregnant women do not need to cut caffeine out entirely because these risks are extremely small, even if the recommended caffeine limits are exceeded.

“The Royal College of Obstetricians and Gynaecologists’ advise to limit caffeine intake to 200 milligrams per day – the equivalent to two cups of instant coffee – still stands.

This paper does not supersede all the other evidence that has found that a limited intake of caffeine is safe for the majority of pregnant women.”

Dr Luke Grzeskowiak, a pharmacist at the University of Adelaide, Australia, said the research paper was "overly alarmist" and inconsistent with accepted evidence.

"There are so many dos and don'ts associated with pregnancy and the last thing we need is to cause unnecessary anxiety. At the end of the day, women should be reassured that caffeine can be consumed in moderation during pregnancy."

READ MORE: Everything You Need To Know About Vitamin B12 Injections – From Someone Who Gets Them