Social Distancing Will Not Be Mandatory For Primary School Students, According To The Dept Of Education

There will be no strict enforcement on primary school students to physically distance in classrooms when schools reopen later in the year, according to clarification by the Department of Education and Health Protection Surveillance Centre on public health advice. 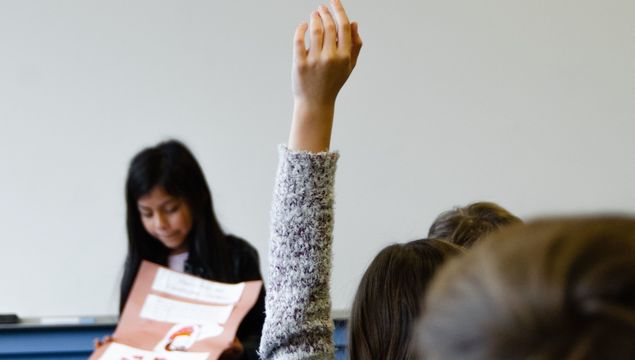 The Department of Education has published its health advice for the reopening of primary schools in September.

The report states first and foremost that no person (child, teacher or parent) should attend an educational setting if unwell or any members of their household are unwell with symptoms consistent with COVID-19.

It continues to say that while social distancing will not be mandatory for students in primary schools, students will be advised to keep a distance of one metre from each other, and a one-metre distance should be maintained between desks.

In terms of policing this, it is also recognised that younger children are unlikely to maintain physical distancing indoors. Therefore, achieving this recommendation in the first four years of primary school is not a prerequisite to reopening a primary school for all pupils.

The document, which was issued on Wednesday evening by the Department of Education, goes on to suggest the dividing of primary school children into smaller groups or "pods" within the class.

This, the department claims, will ensure that each class grouping (pod) mix only with their own class from arrival at school in the morning until departure at the end of the school day.

At second level, interim advice from the Health Protection Surveillance Centre recommends physical distancing of two metres where possible or of at least one metre between desks or between individual students and staff.

Hand washing and/or sanitising would also be required when moving between classes by both teacher and students.

The previous government had stated that it was working towards a full reopening of schools in the autumn, however, new Minister for Education Norma Foley stopped short of talking of a full return.

In a statement, Deputy Foley said she wanted schools to reopen "as fully as possible" in September.

The Irish National Teachers Organisation has indicated that a full reopening would be possible for many schools.

The full report from the Department of Education can be seen here.