#Megxit Update: The Real Reason Why Prince Harry Hasn’t Joined Meghan And Archie In Canada Yet

he Duke of Sussex has one last royal engagement to carry out before he can join his family.
Irish Tatler Staff 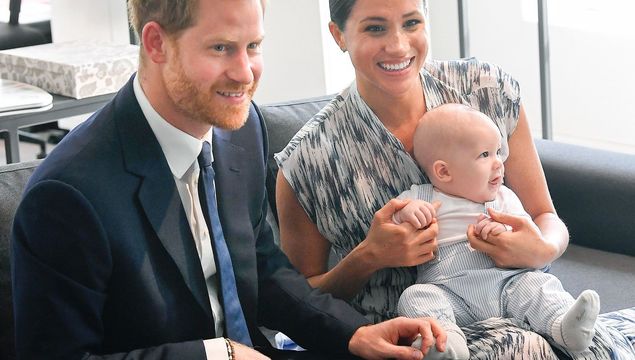 It comes as he broke his silence to reveal that the 2022 Invictus Games would be hosted in Germany on his and Meghan's joint Instagram account.

Despite receiving the Queen's approval to step back as "senior royals", Prince Harry is yet to join Meghan Markle and their son Archie, in Canada. In fact, the Duke of Sussex won’t be reuniting with his family until later this week as he still has one last royal engagement to carry out.

Harry will conduct his first public engagement since #Megxit on Thursday when he conducts the 2021 Rugby League World Cup draw before staying in the UK until next week for a series of meetings. Through his role as patron of the Rugby Football League, he will announce the women’s, men’s and wheelchair draws for the UK at Buckingham Palace.

According to the Guardian, the BBC is likely to be the only sports news organisation present and questions about Prince Harry “stepping back” from royal duties are strictly out of bounds.

Here we come Düsseldorf ! The new home for the 2022 and sixth Invictus Games. Having previously been held in London, Orlando, Toronto, Sydney, and upcoming The Hague this year in May - Düsseldorf will welcome over 500 competitors as they showcase their talents, determination and camaraderie to the world! The #InvictusGames is an international adaptive multi-sport event, created by The Duke of Sussex, in which wounded, injured or sick (WIS) armed services personnel and veterans show the world what they’re capable of in a series of adaptive sports, ranging from wheelchair basketball to indoor rowing. The Duke, having spent 10 years serving in the Armed Forces, set up the @WeAreInvictusGames to celebrate the power of sport rehabilitation (both physically and mentally) and to generate a wider appreciation for those who served their country beyond their time in uniform. Participating in the Games plays a significant part in the recovery journey of WIS Servicemen and women. It doesn’t just heal the individual, it heals the whole family. • “I hope everyone in Germany is ready for what will be an incredible week of sport! I have no doubt that the German public will get right behind these Games and that every single competitor can expect a warm welcome and an amazing atmosphere.” – The Duke of Sussex For more information of the announcement, visit https://invictusgamesfoundation.org/ig2022-announcement/ Video © @WeAreInvictusGames

The news comes just days after the 'Sandringham summit', where the Queen revealed in a personal statement that she supported Harry and Meghan in their shock decision to begin a 'new life' as an 'independent family'. Buckingham Palace confirmed that the Duke and Duchess were to have a 'transition period' and split their time between the UK and Canada.

Meghan was not involved in Monday's summit having flown back to North America last week after returning to Britain for just three days. She had been expected to phone in for the crunch talks involving the Queen, Prince Charles, Harry and William but the palace later confirmed it "wasn't necessary" for her to join.

Meanwhile, Meghan made her first public appearance yesterday after she was spotted on social media having visited a women's shelter. The charity visit only emerged after Charity Downtown Eastside Women's Centre shared a photo of the duchess, writing on Facebook: "Look who we had tea with today! The Duchess of Sussex, Meghan Markle, visited us today to discuss issues affecting women in the community."

Look who we had tea with today! The Duchess of Sussex, Meghan Markle, visited us today to discuss issues affecting women in the community. 

And just last night, the duchess was spotted again – dressed in a large parka coat – as she boarded a seaplane from Vancouver Island to Vancouver. There was no sign of nine-month-old son Archie, who is believed to be with a nanny.

Now discussions are underway with the Canadian government over who will pay for the young family’s security when they’re in the country. Prime Minister Justin Trudeau told a television news program that a "final decision" was being worked on. 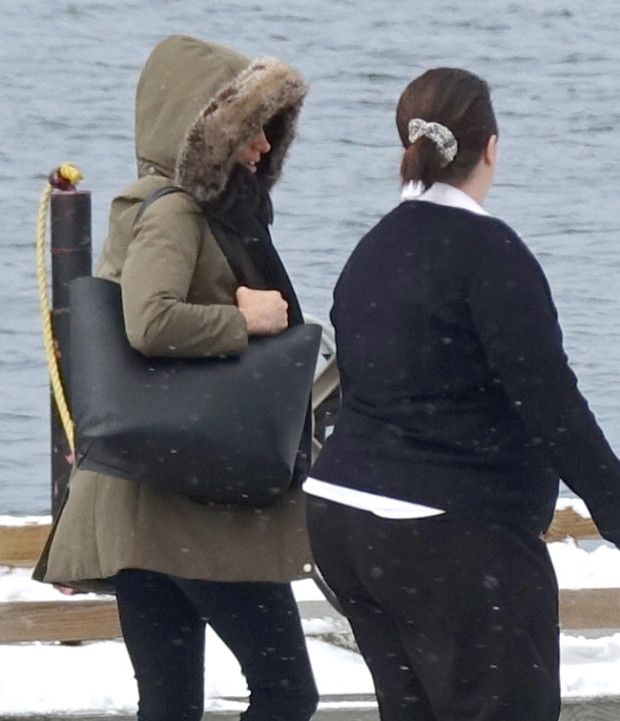 "We are not entirely sure what the final decisions will be, what the dispositions are and those are the decisions for them,” he said. "I think most Canadians are very supportive of having royals here, but how that looks and what kind of cost is involved, there are still lots of discussions to be had.”

It is still not confirmed as to whether or not Meghan Markle will visit the UK again or when it will be that Prince Harry joins his family in Canada.

READ: Meghan Markle Spotted For The First Time Since Moving To Canada